The protesters also scaled awnings at the Hawthorn East office and released a number of flares.

Footage uploaded to social media shows police arriving at the scene as the small group of protesters chant "Do your job, it's only fair we demand a duty of care." 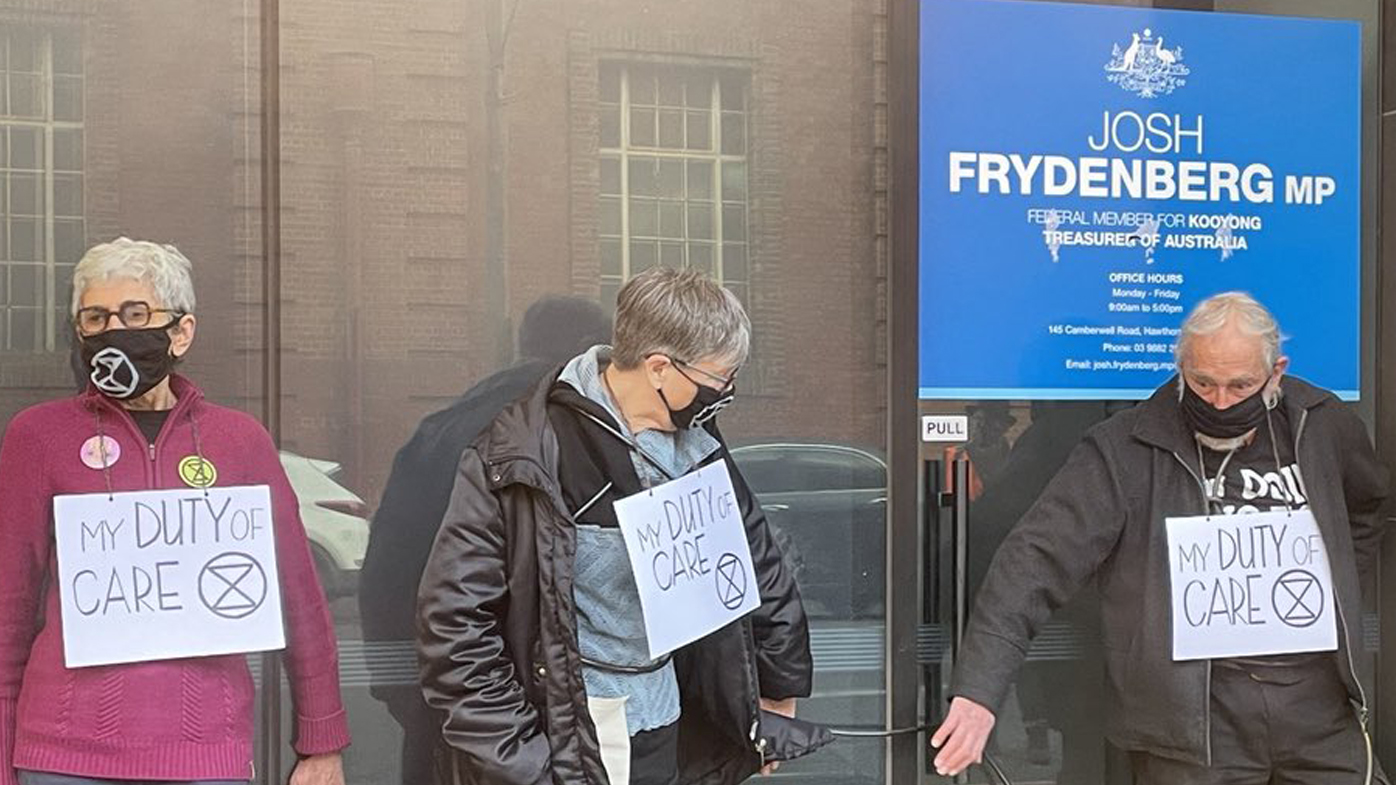 Extinction Rebellion activists regularly stage protests around the world to draw attention to their claims of government inaction on climate change.

"Life on Earth is in crisis. Our climate is changing faster than scientists predicted and the stakes are high. Biodiversity loss. Crop failure. Social and ecological collapse," the organisation's website reads.

"Mass extinction. We are running out of time, and our Government has failed to act. 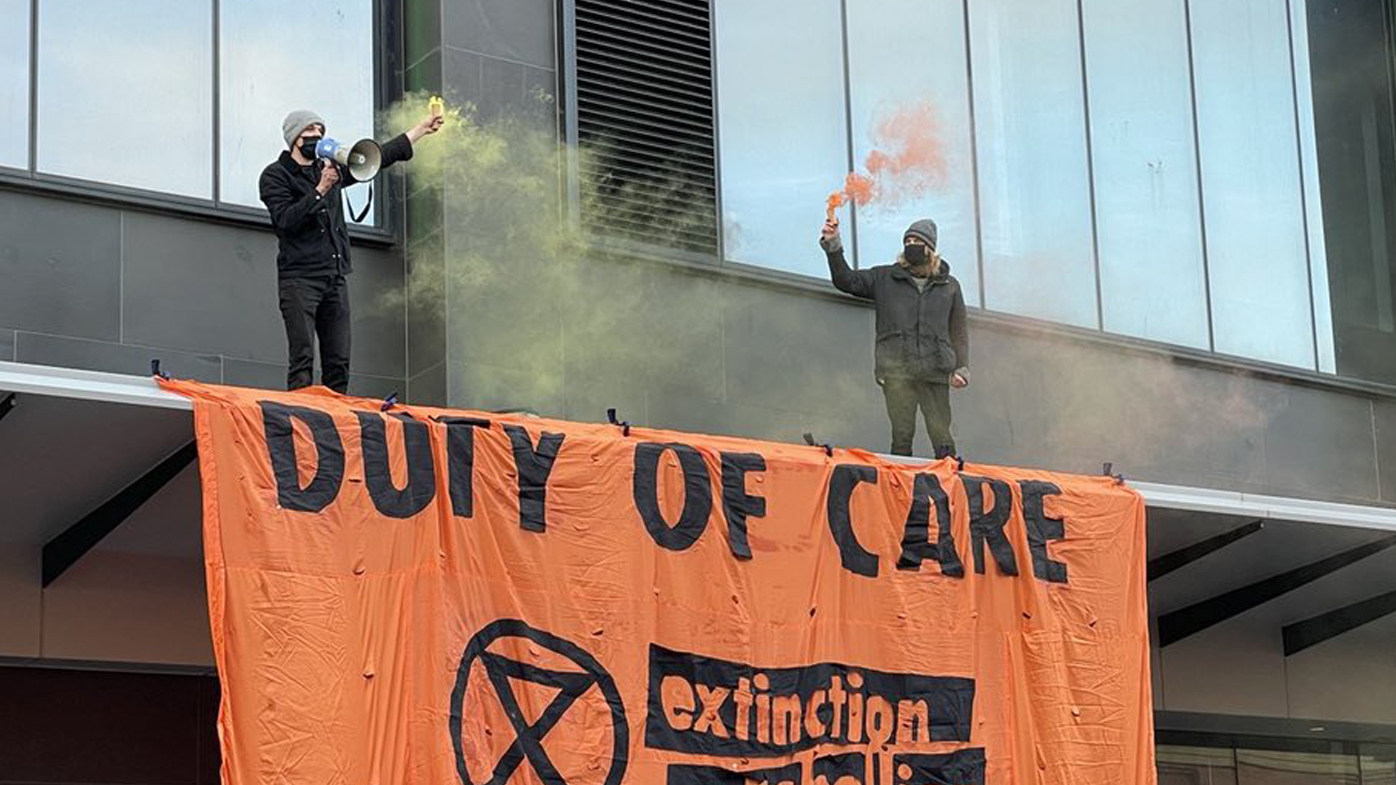 "We have a moral duty to rebel, whatever our politics."

In June this year year, police had to use a cherry picker crane to remove two women who chained themselves together on the roof of a truck in Perth's CBD.

The activists who caused traffic chaos for three hours as they protested while blocking the entrance to the Perth Conference Centre, which was hosting the APPEA 2021 oil and gas conference.

Police have not yet released a statement about this morning's protest.