Countries across Asia are grappling with their worst coronavirus outbreaks of the pandemic, spurred by low vaccine rates and the highly contagious Delta variant.

While nations such as China, Japan and South Korea are seeing growing outbreaks, the sharp edge of the Delta wave is being keenly felt in Southeast Asia, with countries seeing rapid rises in case numbers and deaths.

They have also reimposed lockdowns, shuttering factories in crucial manufacturing hubs and restricting the movement of citizens already suffering financially. 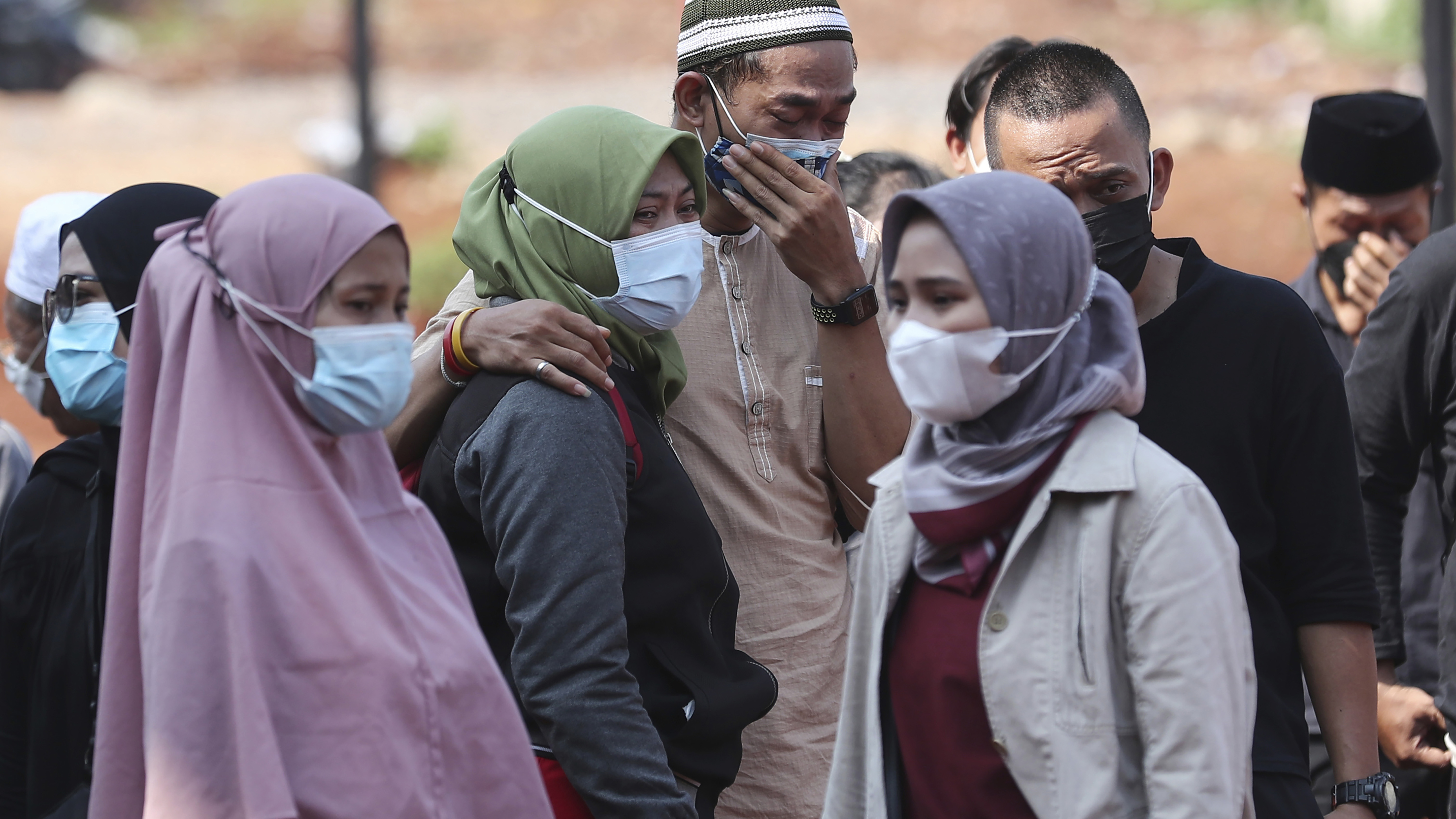 Frustration among citizens forced to endure yet more curbs on their freedoms and ability to work are reaching boiling point, and protests against their governments' handling of the outbreaks have broken out in Malaysia and Thailand.

Meanwhile, Myanmar is on the verge of collapse as a February military coup and ensuing bloody crackdown has shattered the health system and vaccinations have completely stalled.

While wealthier countries, like the United Kingdom and Singapore, are seeing renewed outbreaks, they have fully vaccinated more than half of their populations.

Comparatively, Vietnam has fully vaccinated less than 1 per cent of its population, Thailand around 5 per cent, the Philippines 7.2 per cent, and virus epicentre Indonesia 7.6 per cent, according to Our World in Data.

More than a year and a half into the pandemic, the more contagious Delta variant is exposing the weaknesses of nations with low vaccine rates, even if they previously had control of the virus.

Perhaps nowhere in Southeast Asia is that flip more evident than in Vietnam.

Last year, the country was held up as a leading example in containing the virus thanks to an aggressive strategy of early screening of passengers at airports and a strict quarantine and monitoring program.

For the past year and a half, residents have been able to live a relatively normal life and the economy actually grew by 2.9 per cent in 2020, according to the World Bank.

But since late April, Vietnam has reported a sharp increase in Covid-19 infections.

Yesterday, Vietnam reported 7623 new cases, down from 8620 on Sunday with most new infections in Ho Chi Minh City, the health ministry said. 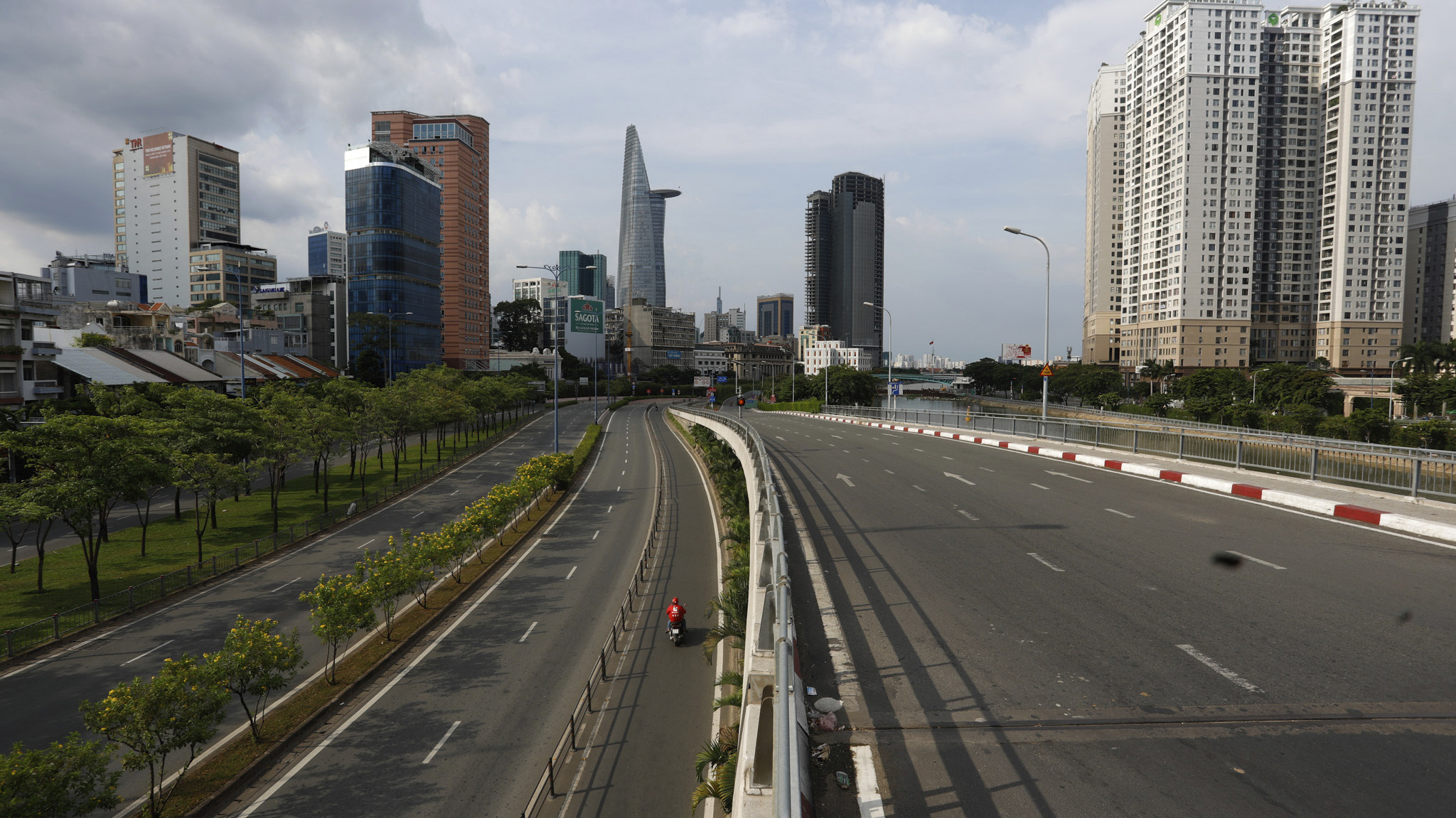 In total, Vietnam has confirmed 177,813 cases, more than 85 per cent of those were reported in the past month alone, according to data from Johns Hopkins University.

Of Vietnam's 2327 deaths, about half were reported in the past month.

The government has imposed strict lockdowns in the capital, Hanoi, and Ho Chi Minh City to try and curb further spread and COVID-19 treatment centres have been set up to accommodate more patients.

But the outbreak has put pressure on the government to increase its vaccine supply and ramp up inoculations.

So far, only 0.6 per cent of Vietnam's 96 million population has been fully vaccinated, according to JHU.

The world's fourth most populous nation, Indonesia, recently overtook India as Asia's COVID epicentre, and the outbreak has been devastating with a high of more than 50,000 cases a day. 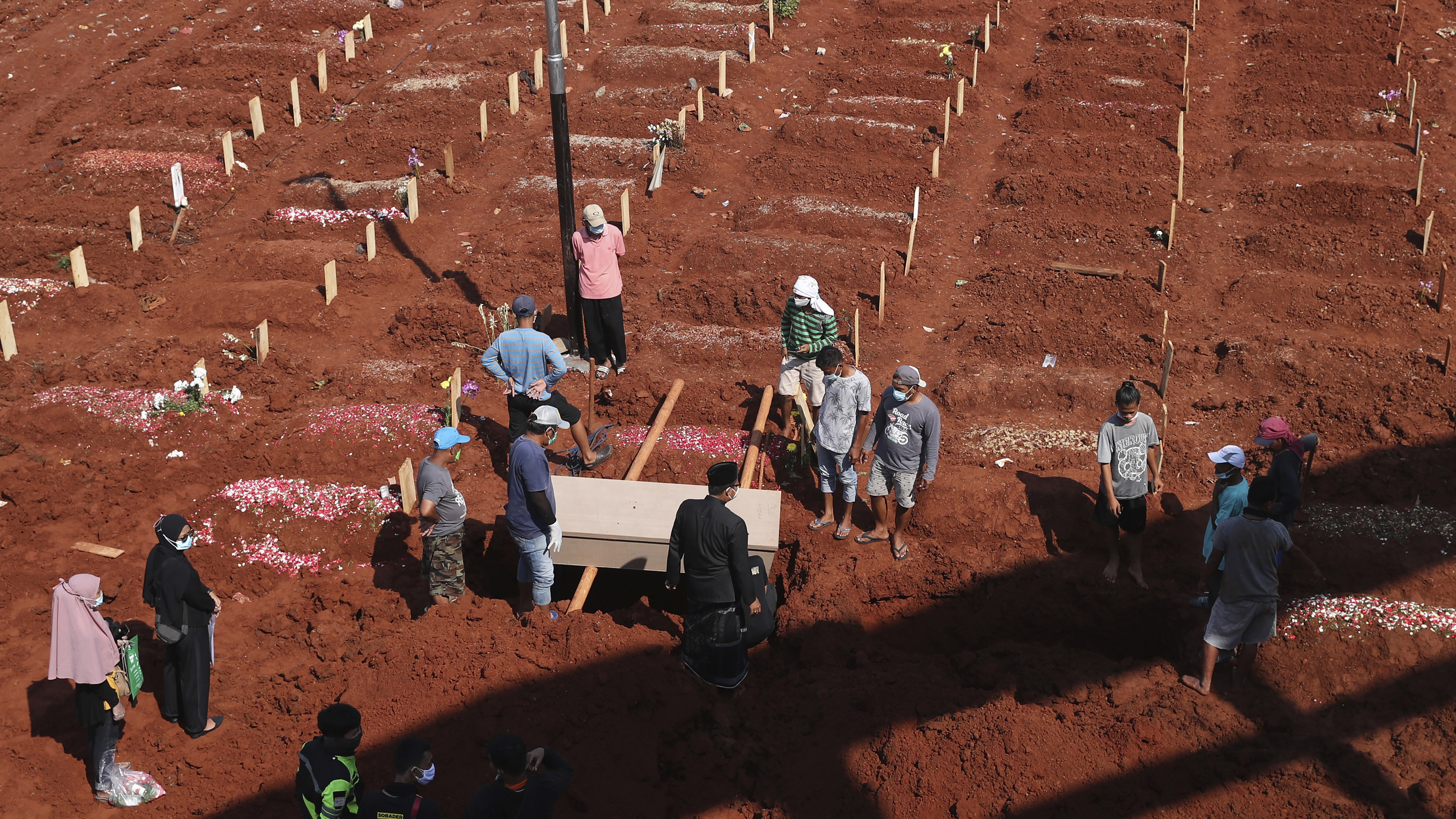 Of its 354 million reported cases since the pandemic began, 1.2 million were recorded in the past month, according to JHU.

Yesterday, Indonesia surpassed 100,000 coronavirus deaths, becoming only the second country in Asia to do so.

Another 1747 fatalities were reported by the health ministry and 35,867 cases.

If the spread continues unabated, experts say it could push Indonesia's health care system to the brink of disaster.

Some fear the situation may be worse than the numbers show, because not enough people are getting tested for the virus.

One local survey found that nearly half of the 10.6 million residents of the capital, Jakarta, may have contracted COVID-19.

The country is suffering a health crisis, with hospitals stretched to their limits, full cemeteries expanded to hold the COVID-19 dead, and exhausted health care workers.

Experts say Indonesia is now reaping the costs of not implementing strict lockdowns nor investing enough in efficient contact-tracing systems.

On Monday, the government announced an extension of the highest Level 4 restrictions in several cities and areas, including the capital, and the islands of Java and Bali for another week.

Meanwhile, the country's health minister said the devastating wave had peaked in some areas, and authorities were aiming to start gradually reopening its economy in September, according to Reuters.

Despite a national lockdown, Malaysia has also seen an exponential rise in cases and deaths, with the outbreak forcing a month-long suspension of parliament.

Anger among the people is mounting.

Hundreds broke coronavirus restrictions to protest in the capital, Kuala Lumpur, over the weekend against the government's handling of the outbreak and called on Prime Minister Muhyiddin Yassin to resign.

Following the suspension of a special sitting of the legislature on Monday due to COVID, opposition lawmakers marched toward the parliament building also demanding Muhyiddin's resignation.

Frustration over the mounting deaths, vaccine rates and economic pain is exacerbated by Malaysia's current political crisis, in which Muhyiddin's government appears on the verge of collapse after taking control of the ruling coalition following elections last year. 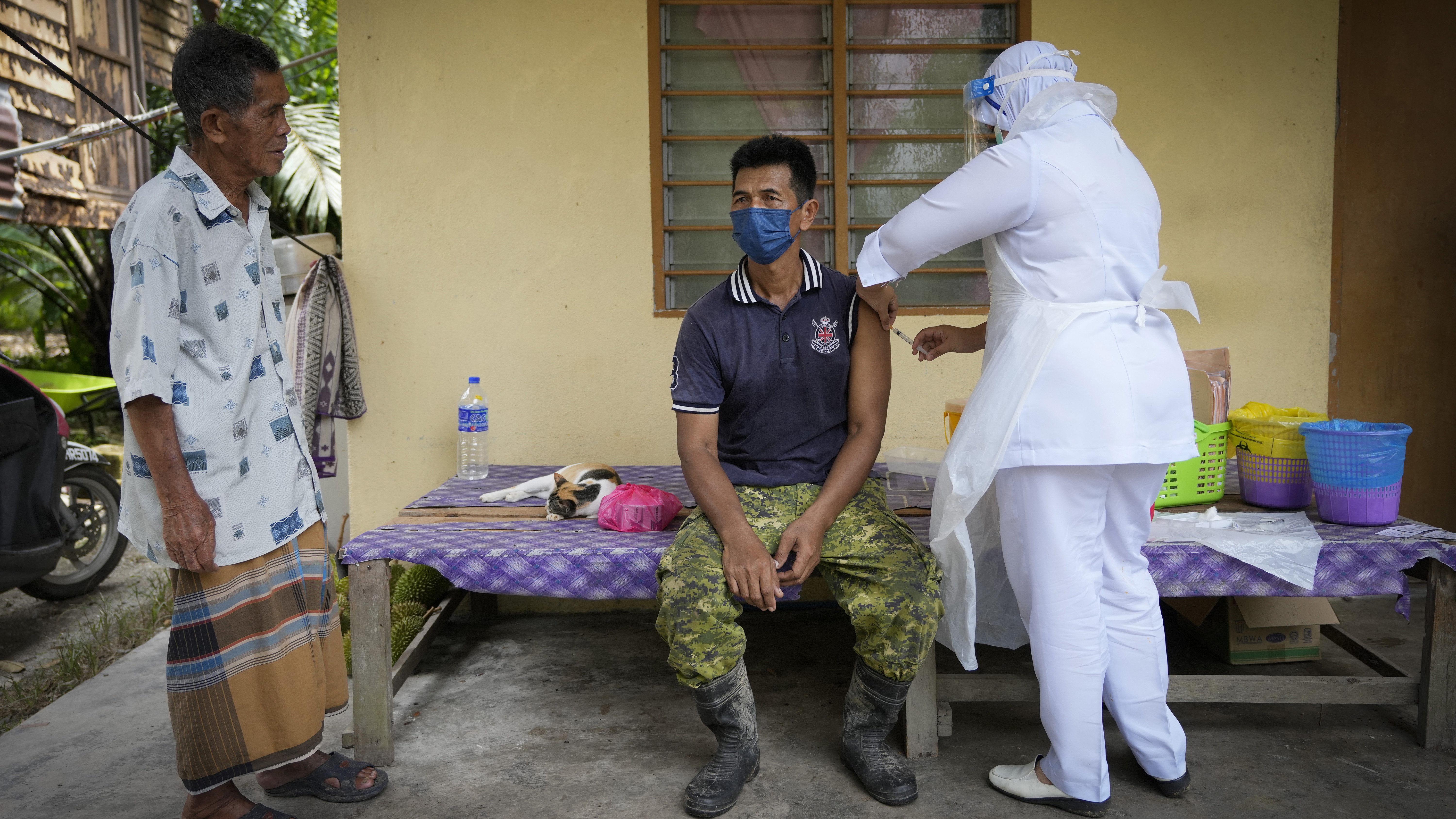 Last week, thousands of overworked Malaysian doctors went on strike over conditions in hospitals, saying they have been pushed to the brink, as beds and ventilators run low.

The protest came as total COVID-19cases in Malaysia surpassed 1 million with the country reporting its highest number of daily infections.

Yesterday, Malaysia reported a new record number of cases, with 19,819 new infections, according to the health ministry, up from about 7,000 a month ago.

COVID-19 deaths are also at record levels, with 257 reported yesterday.

The outbreak has spread from COVID-19 clusters in the country's manufacturing and transport industries.

And while the outbreak forced the country back under a nationwide lockdown on May 12, large parts of the manufacturing sector were deemed essential, and employees kept working despite the rising danger, Reuters reported.

Malaysia's vaccine rates have improved in the past month, especially compared to its regional neighbours.

About 22.5 per cent of people in Malaysia are fully vaccinated against COVID-19, according to Our World in Data.

Although it was the first country to report a COVID-19 case outside of China in January last year, Thailand kept its infection numbers low in 2020 thanks to successful containment measures.

READ MORE: UK and Singapore planning to 'live with COVID-19'

This year, however, it is facing a much bigger challenge.

After containing a second wave that started last December, Thailand is struggling to curb a third wave of infections that has pushed daily caseloads and death tolls to unprecedented levels. On Tuesday, Thailand reported record highs in both confirmed COVID-19 cases and deaths in single day, with 20,200 infections and 188 fatalities, according to the Center for COVID-19 Situation Administration (CCSA).

It was the first time Thailand has reported over 20,000 confirmed cases in a day.

Hospitals in the capital, Bangkok, have become overwhelmed by the surge in cases and demand for beds has greatly outstripped capacity.

Authorities are racing to lessen the burden on the health care system.

Bangkok is dispatching more than 400 doctors and nurses from provincial areas to the city's slums and densely populated areas to test and isolate 250,000 residents, said Dr Supat Hasuwannakit, president of the Rural Doctor Society.

"We may be unable to reduce the rate of infection just yet, but we hope to ease the bed situation in Bangkok and slow down the death rate," Dr Supat said.

On Tuesday, Thailand extended its national lockdown until the end of the month to slow the rising cases.

Now, 29 provinces have been placed under the strictest protocol, meaning 40 per cent of the country's population will be under lockdown, according to CNN's calculation of data from the CCSA.

Prolonged economic pain and fears of rising COVID fatalities are taking a toll on Thai citizens.

There was public outcry after several bodies were found dead on the streets of Bangkok and left lying on the road for hours before an ambulance retrieved them.

And thousands of people joined anti-government protests across the country on Sunday, calling for the resignation of Prime Minister Prayut Chan-o-cha, whose government has been heavily criticised for its handling of the pandemic.

Thailand is aiming to vaccinate 50 million people by the end of the year. But according to data published by the CCSA, 23 per cent of the country's 70 million people have received at least one dose of COVID-19 vaccine, while 5 per cent are fully vaccinated.

On Thailand's border, Myanmar is collapsing under the double crisis of pandemic and military coup. 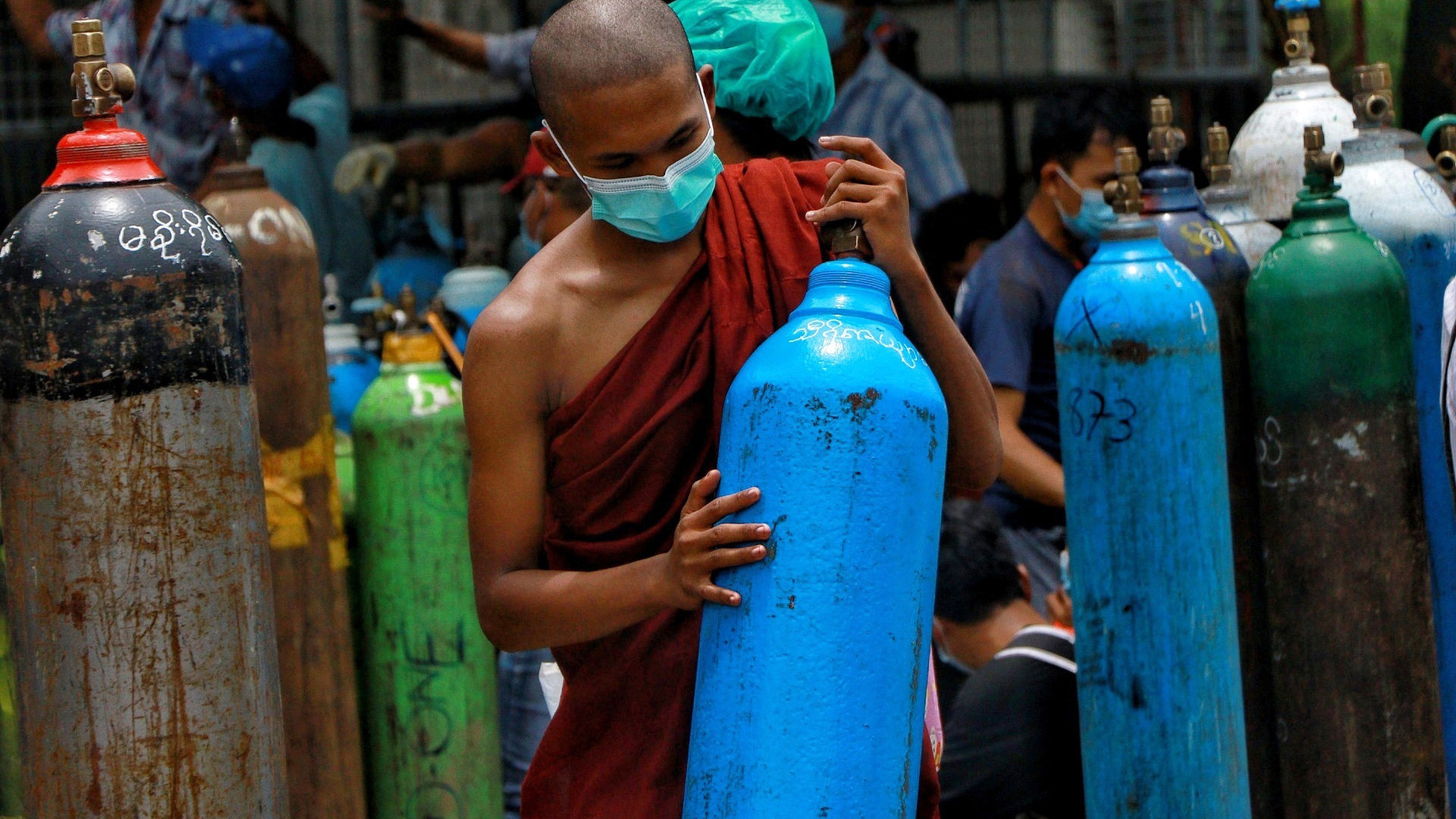 There is a desperate oxygen shortage in the country, with families of the seriously ill queuing for oxygen or frantically searching online for COVID-19 treatments.

Residents are choosing to self-treat at home, doctors say.

If they do go to hospital, they are often turned away as the facilities are running out of oxygen, treatments and beds, and there's not enough staff to care for patients, they said.

The United Nations estimates only 40 per cent of the country's health care facilities are still able to function.

Reported daily cases in Myanmar have risen from about 100 in early June to about 5000 a day, with the total confirmed infections at 315,118, according to the World Health Organisation.

But doctors and volunteer groups say those numbers are under-reported.

Vaccines have stalled under junta rule, and minimal testing, a lack of official data, and widespread public distrust of the military means no one has a clear idea of the extent of the crisis.

Last week, Britain's UN ambassador Barbara Woodward warned that half of Myanmar's 54 million people could be infected with COVID -19 in the next two weeks. Adding to the trauma, those in the country say the military, which seized power in February, is wielding the COVID-19 crisis against the people and as infections and deaths climb, the junta is escalating its attacks on doctors and health care workers, many of whom went on strike to protest the coup and have been forced into hiding to evade arrest.

The UN has documented at least 260 attacks against medical personnel and facilities.

At least 67 health care workers are being held in detention, with more than 600 outstanding arrest warrants for doctors and nurses. There are now international calls for the UN to push for an emergency "COVID ceasefire" demanding the junta stop targeting health workers.

The military-controlled ministry of health is aiming to get 50 per cent of its population vaccinated this year, and planned to start COVID-19 vaccines in early August in the biggest city Yangon, according to state media.

But even if those doses are procured, residents say there is deep distrust in the regime to give them a lifesaving shot, when it continues to kill and detain its citizens.