Three remote Alaska volcanoes are in various states of eruption, one producing lava and the other two blowing steam and ash.

So far, none of the small communities near the volcanoes have been affected, Chris Waythomas, a geologist with the Alaska Volcano Observatory, said on Thursday.

Webcams on Thursday clearly showed episodic low-level ash emissions from Pavlof Volcano, prompting the observatory to raise the volcano's threat level from yellow, or exhibiting signs of unrest, to orange, indicating an eruption is underway with minor volcanic ash emissions. 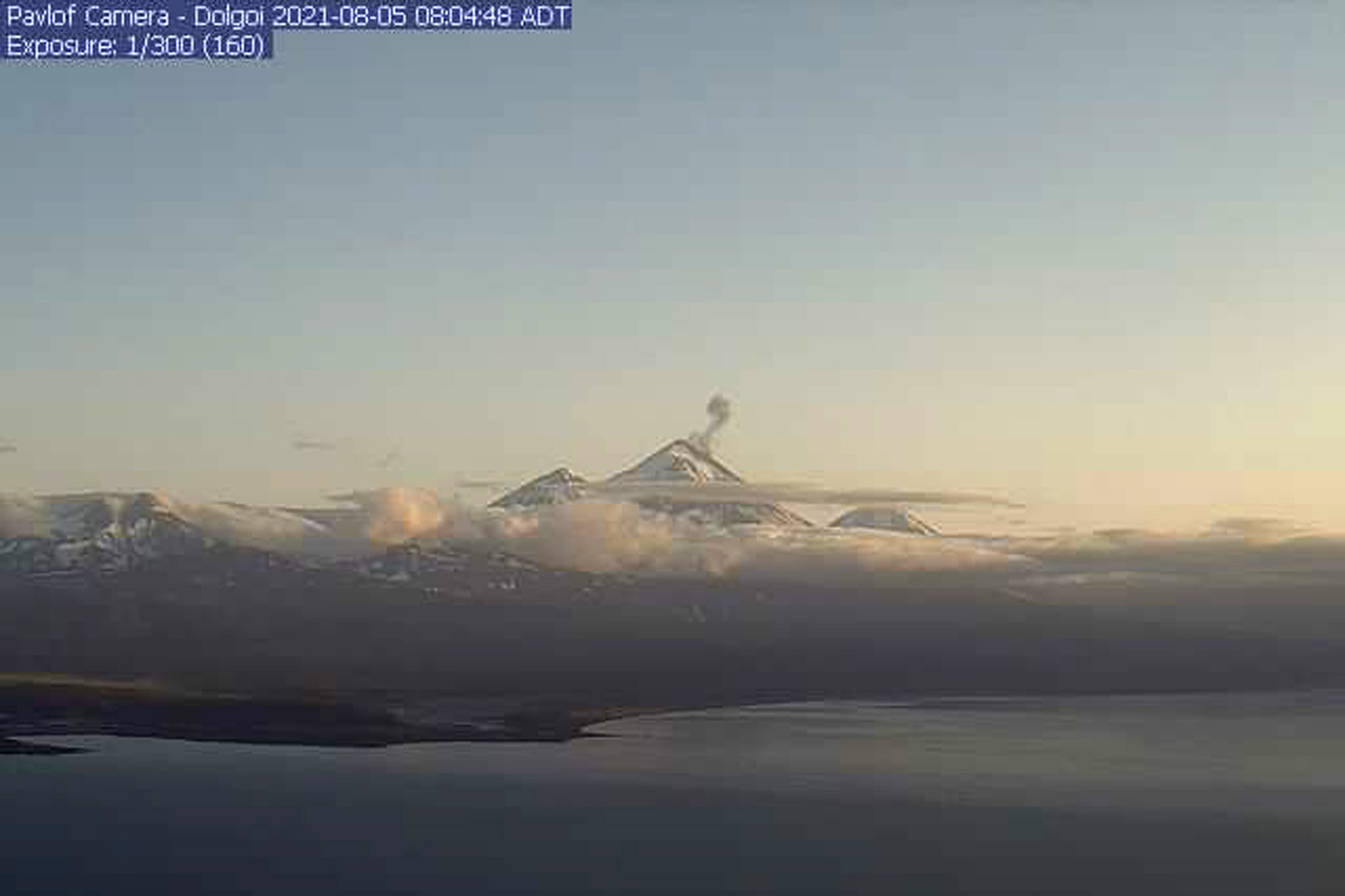 Ash clouds were rising just above the volcano's 2,518-metre summit, drifting about 10km to the south before dissipating, Mr Waythomas said.

Pavlov is a "very sneaky volcano," Mr Waythomas said. "It can get going without much warning."

He described the peak as an open system volcano, meaning its "magmatic plumbing system is open and magmas can move to the surface really fast and it can start erupting almost with no warning."

Pavlov is a snow- and ice-covered stratovolcano on the southwestern end of the Alaska Peninsula, nearly 965km southwest of Anchorage.

The nearest community is Cold Bay, about 56km southwest of Pavlov, which is considered one of Alaska's most active volcanoes in the Aleutian Islands arc of active and dormant volcanoes.

Pavlov last erupted in 2016, dropping some ash on another community, Nelson Lagoon.

The observatory on Thursday received reports from people in the community of Adak of a lava fountain at the summit of the Great Sitkin volcano. The reports were later confirmed by webcam.

"The fact that they just happen to walk outside and see it was really great," Mr Waythomas said.

He said if activity increases, Adak could get ashfall from Great Sitkin, located on an island about 43km away.

"This lava fountain is kind of unusual for Great Sitkin, but it's been fairly passive at this point," he said.

Great Sitkin, a stratovolcano with a caldera and dome, is about 1,851km southwest of Anchorage.

Semisopochnoi Volcano, about 241km away on an uninhabited island at the western end of the Aleutian Islands, has been erupting intermittently and on Wednesday produced an ash cloud that went to about 3,048 metres into the air, Mr Waythomas said.