Collingwood star Jordan De Goey has had an indecent assault charge withdrawn and Victoria Police has been ordered to pay his legal costs.

The charge related to an allegation of indecent assault of a woman in Kew on June 21, 2015. 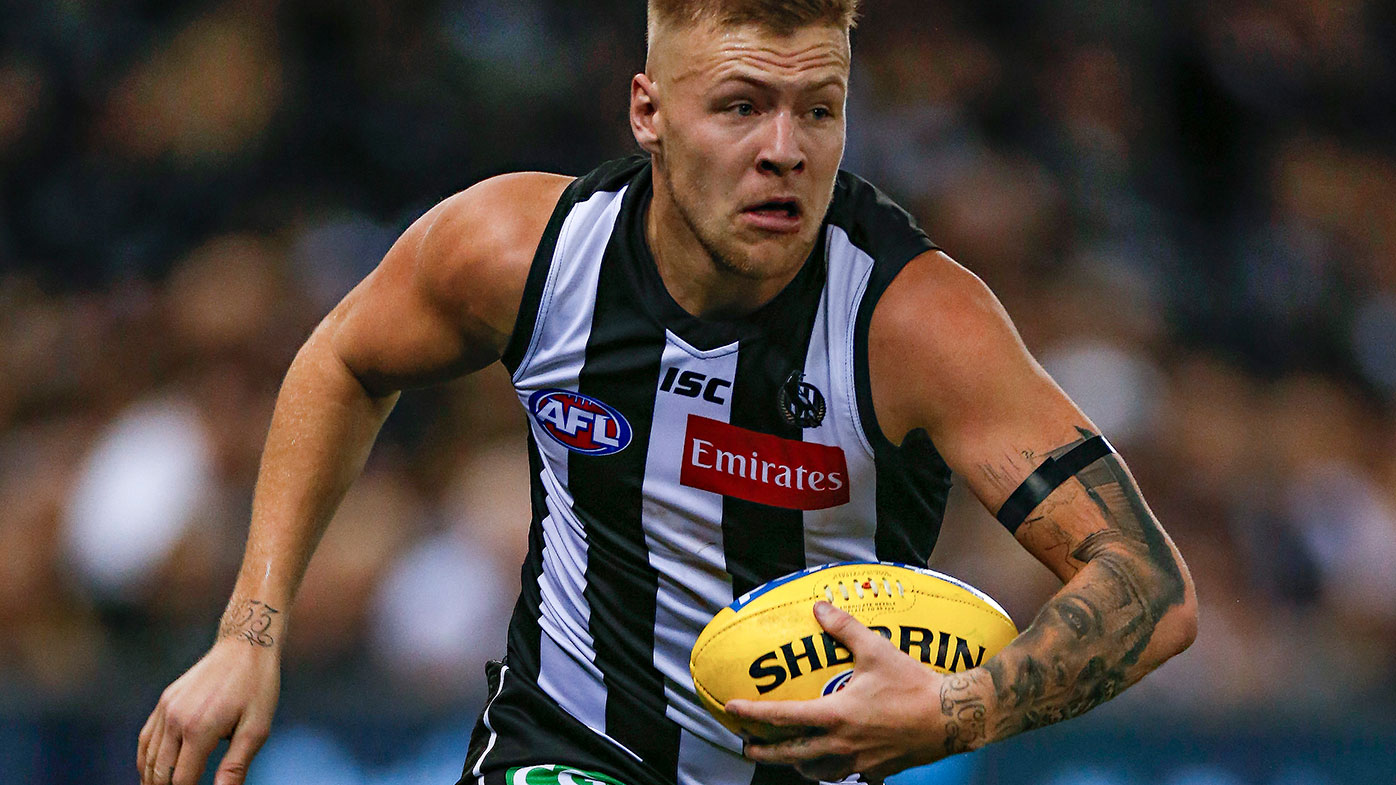 De Goey, 25, fronted the Melbourne Magistrates' Court this morning via video link from his lawyer's office.

Prosecutor Helen Spowart said both matters were being withdrawn.

De Goey's lawyer Dermot Dann, QC, described the withdrawal of the charge as a "successful outcome" for his client.

In a statement released on his behalf, De Goey said he had always maintained his innocence and he was "very pleased" the matter had come to an end.

"The charge that I faced until today arose out of events that took place in June 2015," he said.

"Since that time I have cooperated with the AFL integrity investigation, the police investigation and the court process with respect to this matter.

"I have maintained my innocence from the outset.

"I am very pleased that the matter has now come to an end.

"I'd like to thank my family, friends, teammates, sponsors, Collingwood Football Club and my lawyers, Tony Hargreaves and Dermot Dann QC, for all of their support throughout this process."

In a statement, Collingwood Football Club said the matter had been thoroughly investigated by authorities.

"Collingwood notes that the charge of indecent assault laid against Jordan De Goey in 2020 has today been withdrawn," the statement read.

"The club accepts that the matter has been investigated thoroughly and dealt with by the appropriate authorities.

"At all stages Collingwood has respected the legal process and the individuals involved."