Nearly 50 years after skyjacker D.B. Cooper vanished out the back of a Boeing 727 into freezing rain of the US north-west — wearing a business suit, a parachute and a pack with US$200,000 in cash — a crime historian is conducting a dig on the banks of the Columbia River in Vancouver, Washington, in search of evidence.

KOIN reports that Eric Ulis, a self-described expert on the infamous D.B. Cooper case, began a two-day dig on Friday.

Mr Ulis and four volunteers are searching for evidence about 10 to 15 yards away from where a boy found US$6000 of Cooper's ransom money in 1980. 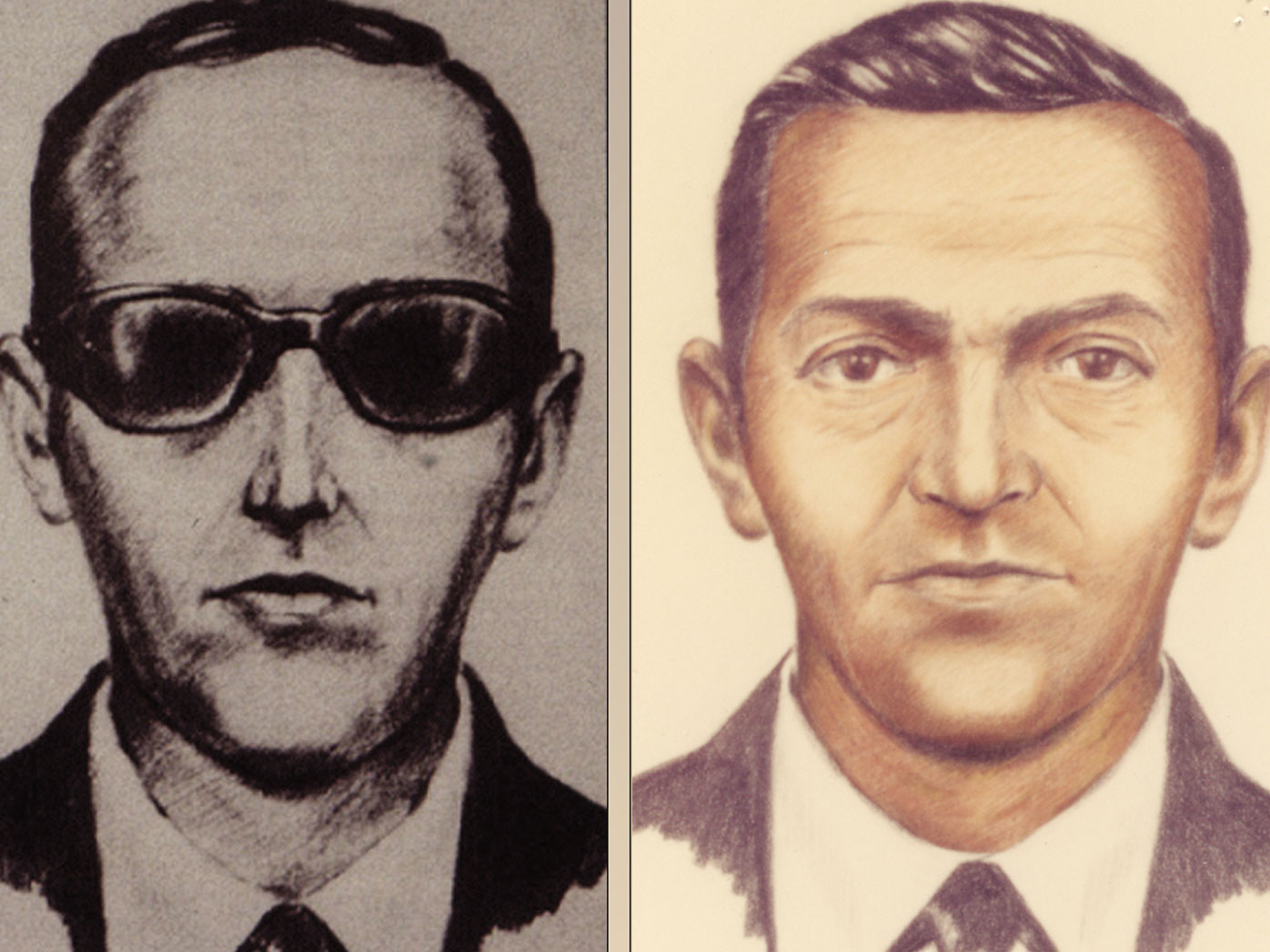 Mr Ulis said his theory is that Cooper buried the parachutes, an attache case and the money at the same time, but dug smaller holes instead of one large one.

The case of Cooper has become infamous, not only in the Pacific Northwest but also in the country.

The FBI Seattle field office called the investigation one of the longest and most exhaustive in the agency’s history. 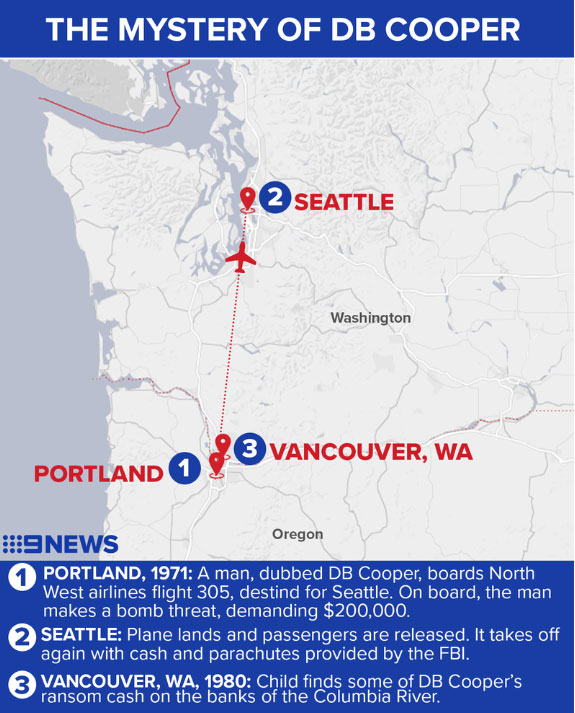 On November 24, 1971, the night before Thanksgiving, a man described as being in his mid-40s with dark sunglasses and an olive complexion boarded a flight from Portland, Oregon, to Seattle-Tacoma International Airport.

He bought his US$20 ticket under the name “Dan Cooper,” but an early wire-service report misidentified him as “D.B. Cooper,” and the name stuck.

Sitting in the rear of the plane, he handed a note to a flight attendant after takeoff. “Miss, I have a bomb and would like you to sit by me,” it said.

He received them at Sea-Tac, where he released the 36 passengers and two of the flight attendants.

The plane took off again at his direction, heading slowly to Reno, Nevada, at the low height of 10,000 feet.

He was never found.

But a boy digging on a Columbia River beach in 1980 discovered three bundles of weathered bills — nearly US$6000 in all.

It was Cooper’s cash, according to the serial numbers.

Over the years, the FBI and amateur sleuths have examined innumerable theories about Cooper’s identity and fate, from accounts of unexplained wealth to purported discoveries of his parachute to potential matches of the agency’s composite sketch of the suspect.

In July 2016, the FBI announced it was no longer investigating the case.