France took a big step Monday into a post-pandemic future by requiring people to show a QR code proving they have a special virus pass before they can enjoy restaurants and cafes or travel across the country.

The measure is part of a government plan to encourage more people to get a COVID-19 vaccine shot and slow down a surge in infections, as the highly contagious delta variant now accounts for most cases in France. Over 36 million people in France, or more than 54 per cent of the population, are fully vaccinated.

The special pass is issued to people who are vaccinated against COVID-19, or have proof of a recent recovery from the virus or who have a recent negative test. The measure also applies to tourists visiting the country. In the southern city of Marseille, several restaurant owners had decided not to check clients for the pass, an Associated Press reporter saw on Monday. Many consider it is not their job to enforce the measure.

People without a pass where it is required risk a fine of €135 ($240). The government said that for the first week of implementation, police controls will not lead to sanctions for non-compliance but instead will be an occasion to explain the law.

In hospitals, visitors and patients who have appointments are required to have the pass. Exceptions are made for people needing urgent care at the emergency ward.

READ MORE: When will NSW reach its goal of 80 per cent vaccination? 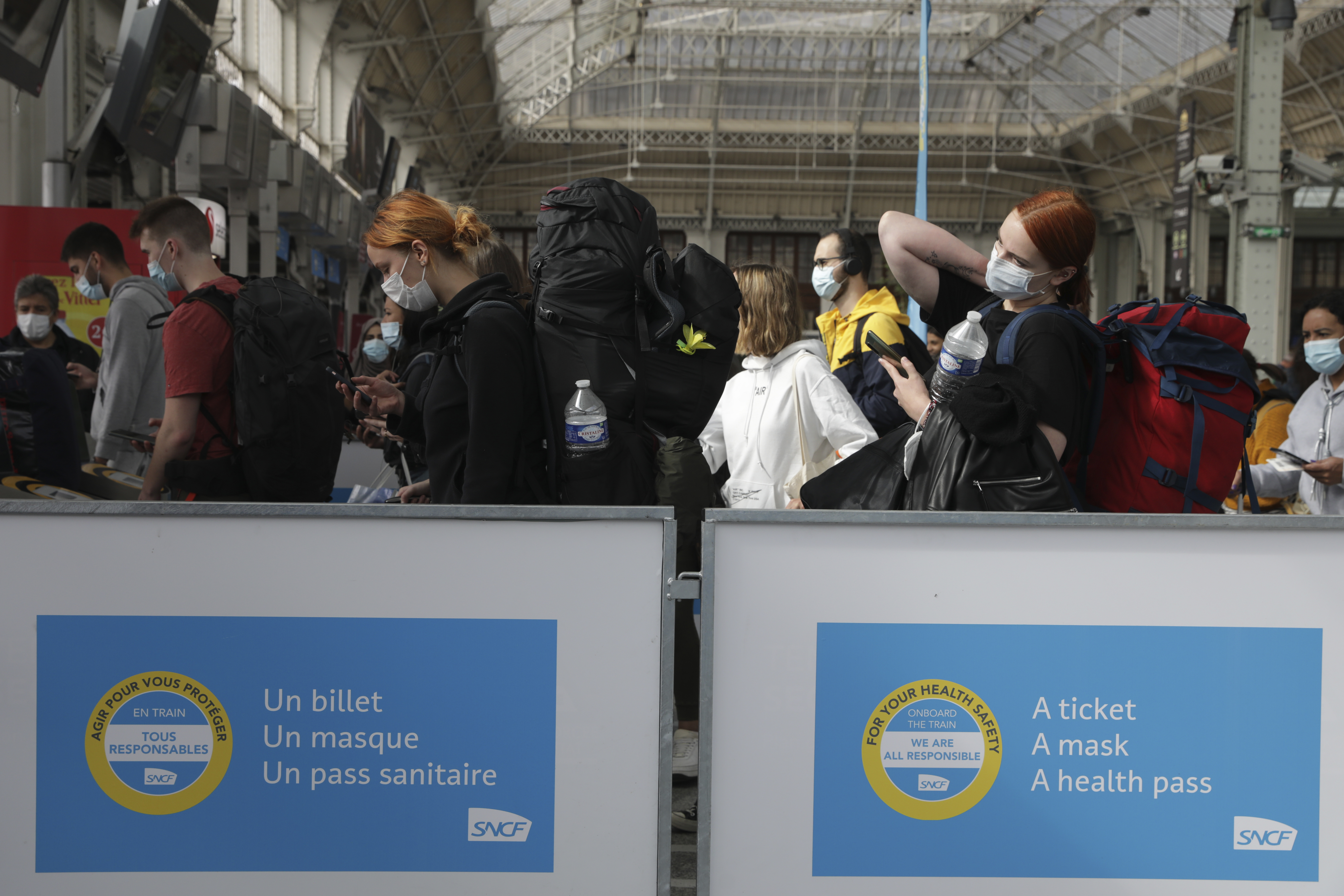 The pass is now required on high-speed, intercity and night trains, which carry over 400,000 passengers per day in France, Transport Minister Jean-Baptiste Djebbari said Monday. It is also required on long-distance travels by plane or bus.

Paper or digital documents are accepted.

Meanwhile, the Paris Saint-Germain soccer club will be allowed a capacity crowd for its first home game of the season against Strasbourg in the French league on Saturday. PSG said the Paris prefecture has approved 49,700 fans at Parc des Princes stadium, with spectators expected to show their virus passes.

Polls show that most French support the health pass. 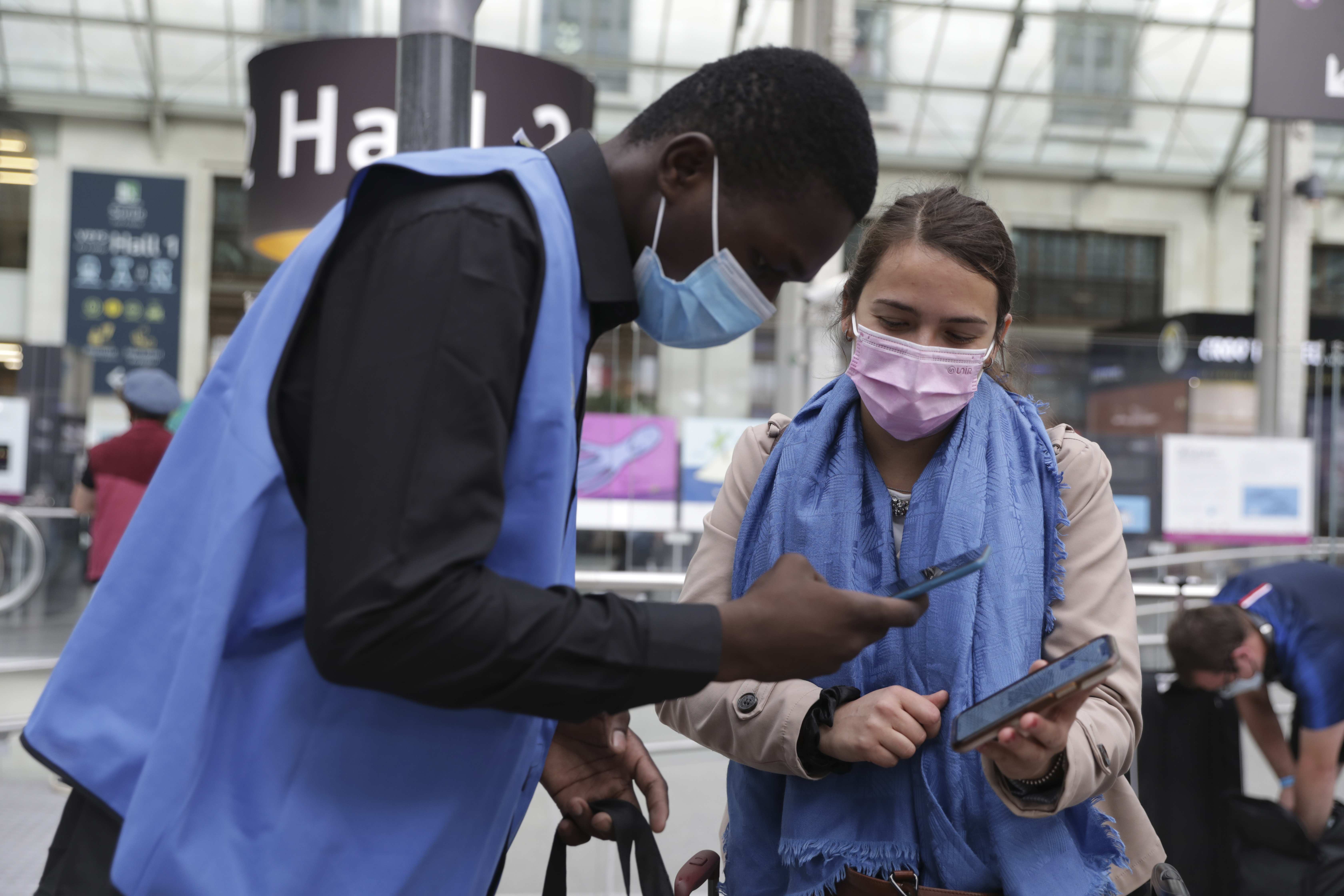 Immediately after President Emmanuel Macron announced the measure on July 12, more than 1 million people in France made vaccine appointments in less than a day. Since then, at least 7 million people have received their first shot.

Yet the measure has prompted strong opposition from some people who say it compromises their freedoms by limiting movements and daily activities outside the home.

On Saturday, thousands of demonstrators marched in Paris and other French cities for a fourth consecutive week of protests against the measure. The virus pass has already been in place for last month for cultural and recreational venues including cinemas, concert halls, sports arenas and theme parks.

The law also requires French health care workers to be vaccinated against the virus by September 15.