A US park-goer's close call with a wild bull moose has prompted a warning from authorities.

The visitor to the park in Clear Creek County in the state of Colorado was filming the animal as it was grazing behind a tree.

Within a matter of seconds, the moose spotted the person behind the camera and charged at them. 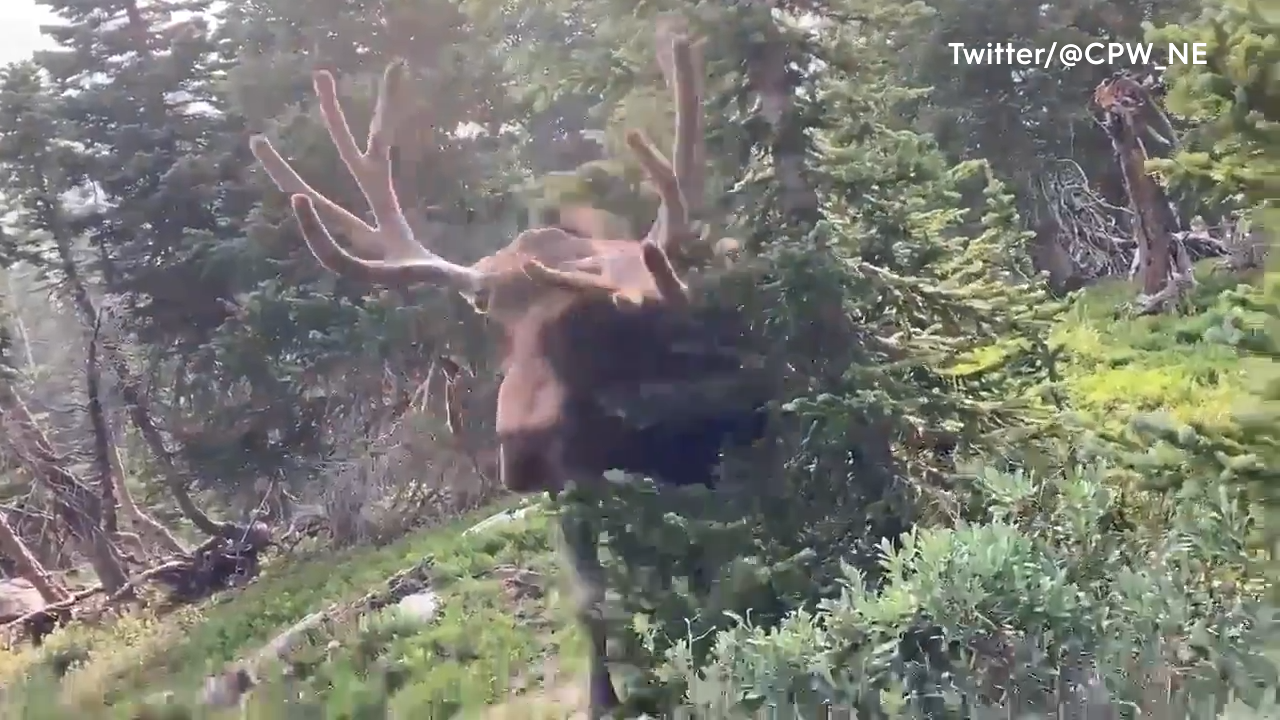 The park-goer dropped their camera, ran from the moose, and hid behind a tree.

Colorado Parks and Wildlife shared the video, assuring viewers there were no injuries.

"This person managed to get behind a tree and the moose hit that," Colorado Parks and Wildlife tweeted.

"This video is an example of being too close to a bull moose and how quickly they can decide to charge on you.

"The individual just by chance came upon the bull walking along a willow bottom heading towards a lake."

The department said it was aware of at least 15 moose conflicts since 2013, which resulted in injuries to humans.

"Signs of moose aggression include laid back ears, raised hairs on the neck, and licking of the snout," the department said.

"​If a moose displays aggressive behaviour or begins to charge, run as fast as you can and try to put a large object between you such as a boulder, car, or tree."