An aide who accused New York Governor Andrew Cuomo of groping her has said in her first televised interview that she was initially afraid to identify herself because she worried the Governor's "enablers" would destroy her if she spoke up.

Brittany Commisso, an executive assistant on Mr Cuomo's staff, detailed her interactions with the Democrat in a joint interview with CBS and the Times Union of Albany that was broadcast on Monday as a key legislative committee met to discuss possible impeachment hearings.

Ms Commisso has spoken out before, first in an anonymous interview with the Times Union last winter, and then as one of 11 women who said they were sexually harassed by Mr Cuomo, whose allegations were detailed in a report by the state attorney general's office last week. 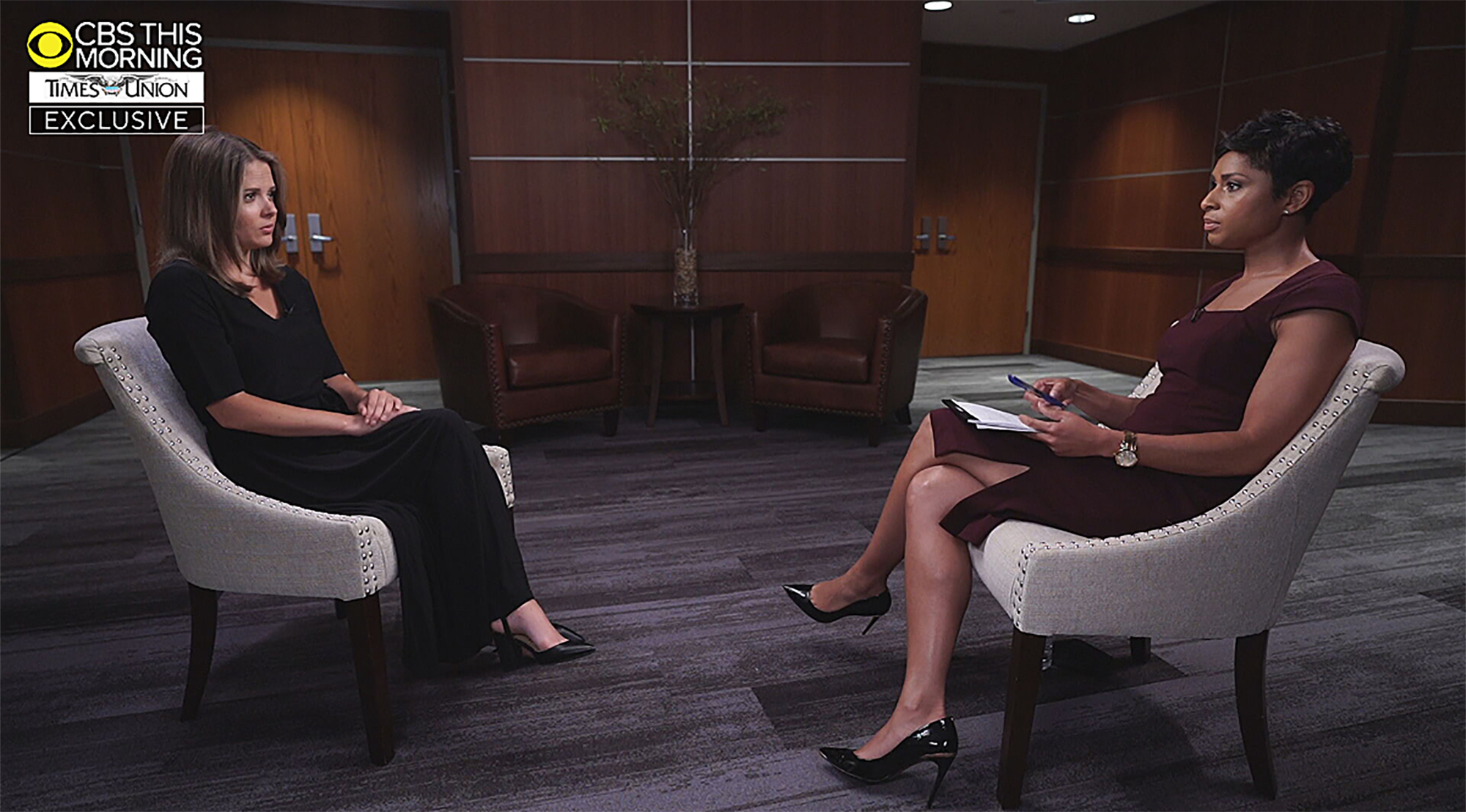 She was also the first woman to file a criminal complaint against Mr Cuomo, giving a report to the county sheriff on Thursday.

But until now, the public hasn't heard her tell her own story.

"I was afraid that if I had to come forward and revealed my name, that the Governor and his enablers, I like to call them, would viciously attack me, would smear my name, as I had seen and heard them do before to people," said Ms Commisso, now 32.

She said she also wanted to protect her daughter, but now feels speaking out shows her that "she has a voice."

"I never want her to be afraid to speak," Ms Commisso said.

"I never want her to be afraid of any person in power, a man or a woman."

The interview aired as Mr Cuomo faced another day under fire. 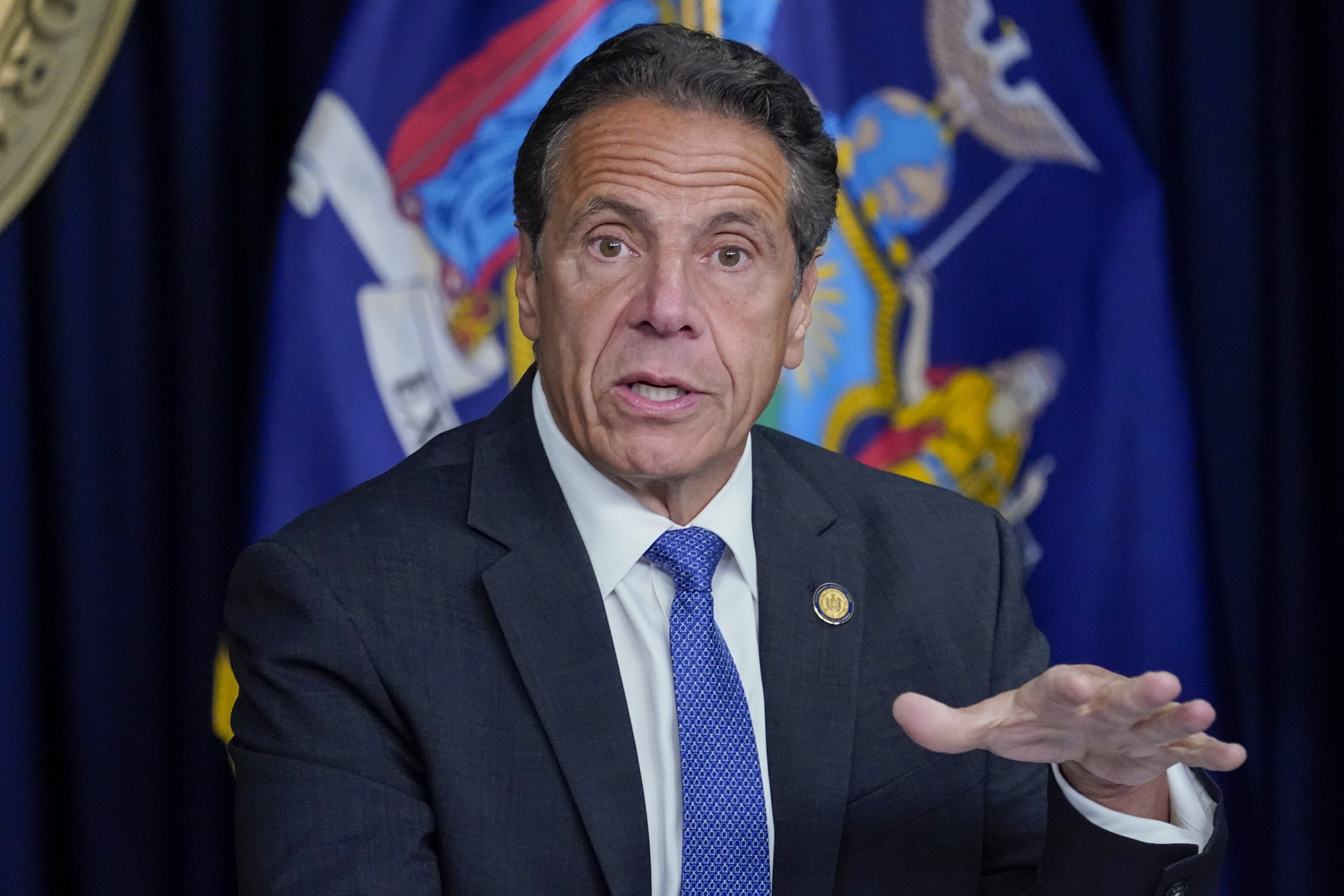 The Assembly's judiciary committee was meeting in executive session, behind closed doors, on Monday to discuss how to wrap up an ongoing probe of Mr Cuomo's conduct with women, and of other matters, including the use of staff to help with his US$5 million ($6.8 million) book deal and his administration's decision to withhold full statistics on COVID-19 deaths in nursing homes from the public.

"Our investigation remains confidential, as it should be, and at the appropriate time and as early as later this month we will discuss the evidence publicly in an open and transparent manner," said committee Chair Charles Lavine, a Long Island Democrat.

He promised that the committee was committed to protecting any witnesses from retaliation and giving Mr Cuomo a chance to defend himself.

"The Governor has said he wants to be treated fairly like anyone else in this country and he will be," Mr Lavine said.

Mr Cuomo will be going into the fight without his former top aide, Melissa DeRosa, who resigned late on Sunday, saying the past two years had been "emotionally and mentally trying." Among other things, it said she was involved in giving reporters personnel memos about Lindsey Boylan, the first woman to accuse him publicly of harassment. The records described MsBoylan's exit from the administration amid allegations she'd mistreated her own staff.

Time's Up leader Roberta Kaplan resigned on Monday over fallout from her work advising Mr Cuomo's administration when the first allegations of sexual harassment were made against him last year.

Ms Kaplan cited her work counselling the administration last winter and her more recent legal work representing Ms DeRosa, nearly a week after a report by the state Attorney-General concluded the governor had sexually harassed 11 women.

In her interview on CBS, Ms Commisso said the attention Mr Cuomo gave her was not a normal friendliness, as the Governor has characterised it.

"Maybe to him, he thought this was normal. But to me and the other women that he did this to, it was not normal. It was not welcomed and it was certainly not consensual," she said. 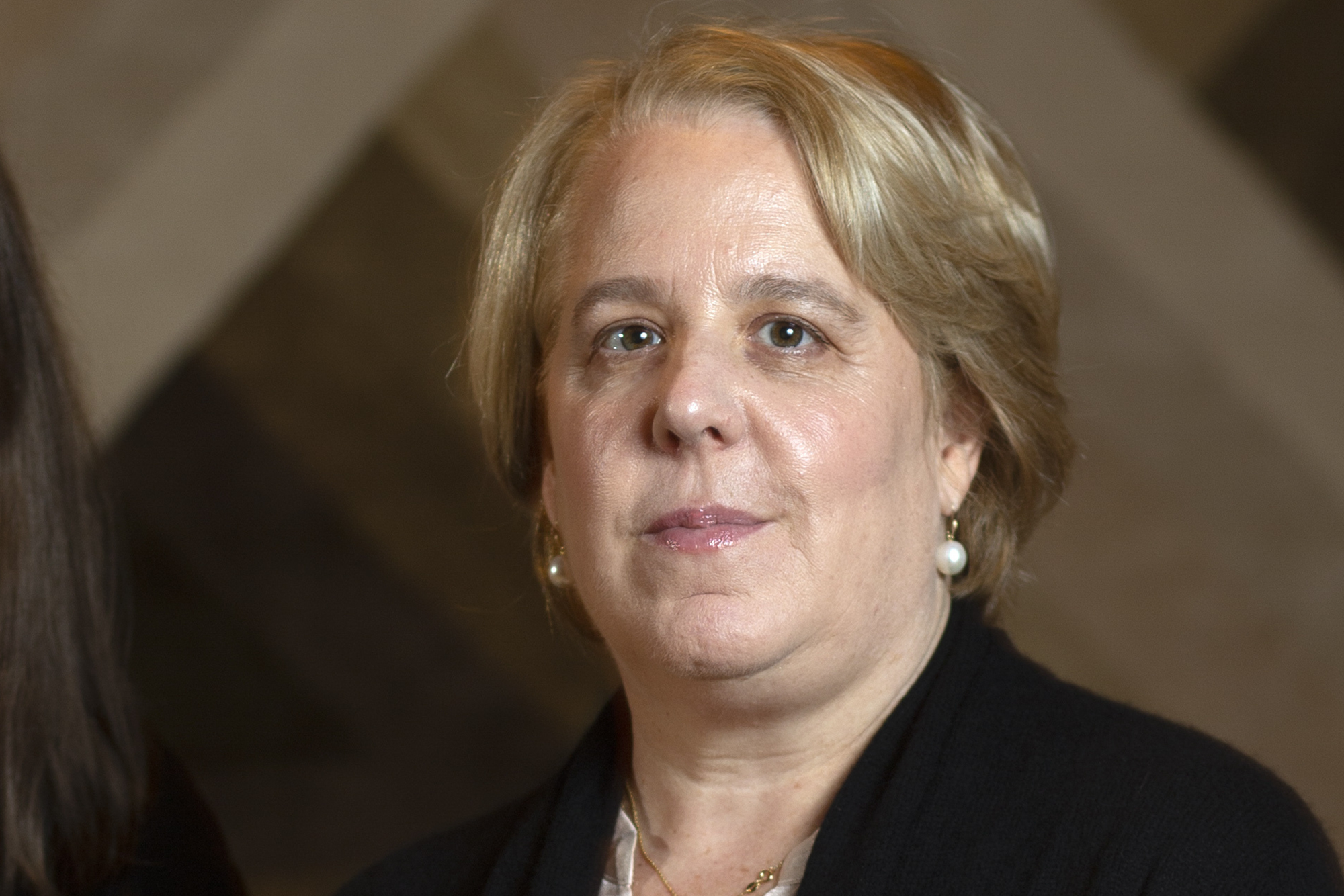 She said he groped her for the first time on December 31, 2019, when the Governor suggested the two take a selfie together.

"He was to my left. I was on the right. With my right hand, I took the selfie. I then felt while taking the selfie, his hand go down my back onto my butt, and he started rubbing it. Not sliding it. Not, you know, quickly brushing over it — rubbing my butt," she said.

Ms Commisso, who began working in the Governor's office in 2017, said this made her so nervous that her hands began to shake, making it difficult for her to even take the picture.

"I was embarrassed," she said.

Ms Commisso said Mr Cuomo groped her a second time at the Governor's mansion in November 2020.

After shutting the door, "he came back to me and that's when he put his hand up my blouse and cupped my breast over my bra," she said.

"I exactly remember looking down, seeing his hand, which is a large hand, thinking to myself, 'oh, my God. This is happening.'"

Mr Cuomo has repeatedly denied that the episode took place.

In an interview with investigators with the state Attorney-General, he said, "I would have to lose my mind to do such a thing" to a woman he hardly knew, with multiple staff members around.

Mr Cuomo's lawyers have attacked the Attorney-General's investigation as biased in favor of his female accusers.

At least five district attorneys have asked for materials from the Attorney-General's inquiry to see if any of the allegations could result in criminal charges.