An argument over a queue jumper at a Cairns COVID-19 testing drive-through ended with a car rolling into a man who confronted the driver.

Tensions were high on the first day of lockdown for the city in Queensland's north, and a camera filmed as the dangerous incident escalated.

The car allegedly pulled into an empty stretch of road in front of a queue of vehicles waiting for their turn to get tested. 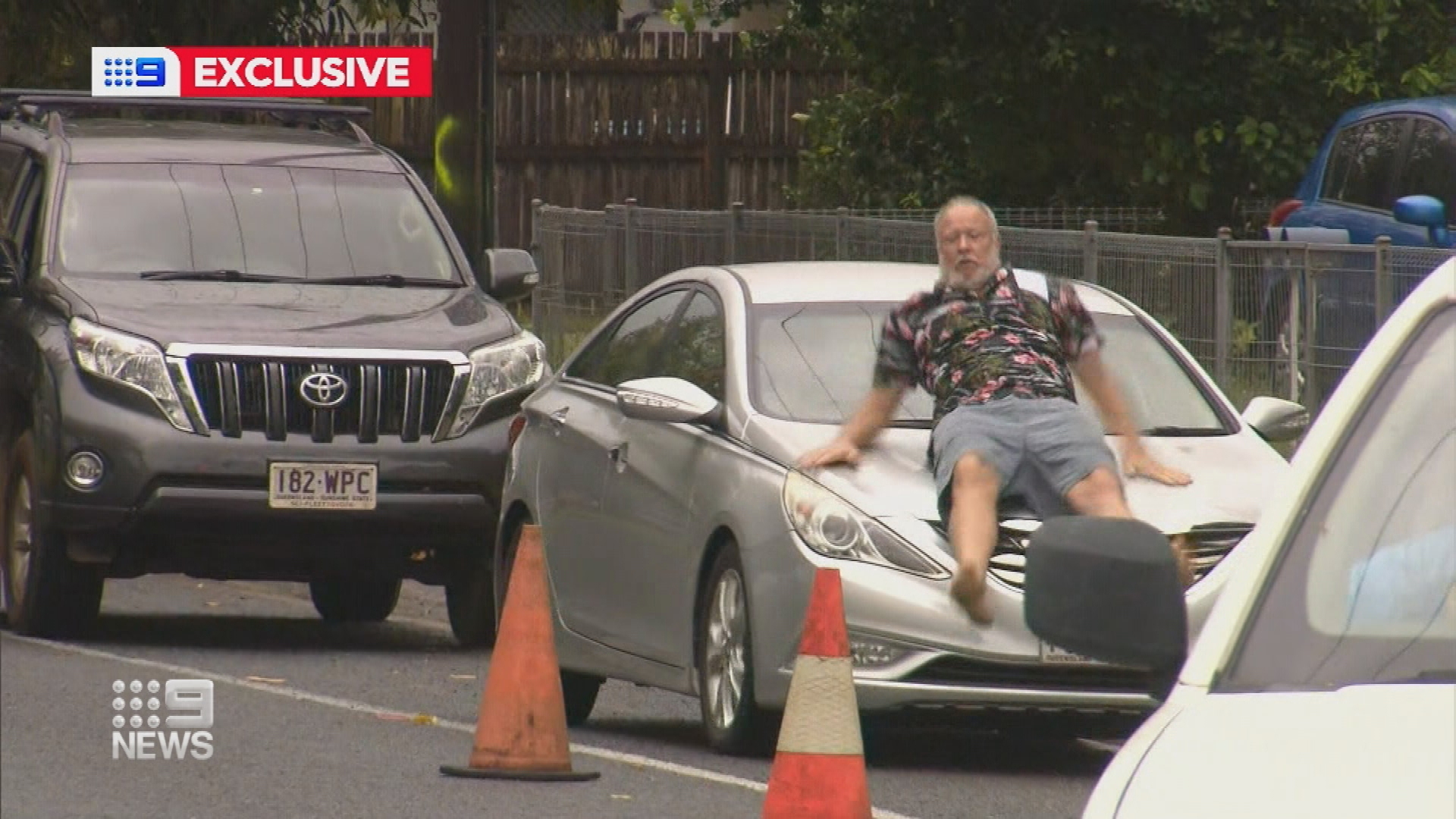 The man waved down a 9News cameraman filming in the area. He made hand gestures at the car's driver and stood in front of its bonnet.

The car then lurched forward with the man sliding up on the bonnet.

Residents have told 9News the sight is becoming more common in the region with a growing number of long queues for both testing and vaccination clinics.

"People's tempers getting frayed sitting here, but I mean you've gotta do it, don't ya," local

"I just ask people to be patient … what else have they got to do?" Acting Chief Superintendent Hodgman said.

"They've got three days of the lockdown; it's either Netflix or sit in a line and wait to get tested; what's more important?"