An ancient thermopolium, or fast food restaurant, is set to open to the public in Pompeii this week.

The archaeological site, in southern Italy's Campania region, will be open to the public from August 12.

The site was unearthed in 2019, when a segment of the fast-food counter was partially dug up during work to shore up Pompeii's oft-crumbling ruins. 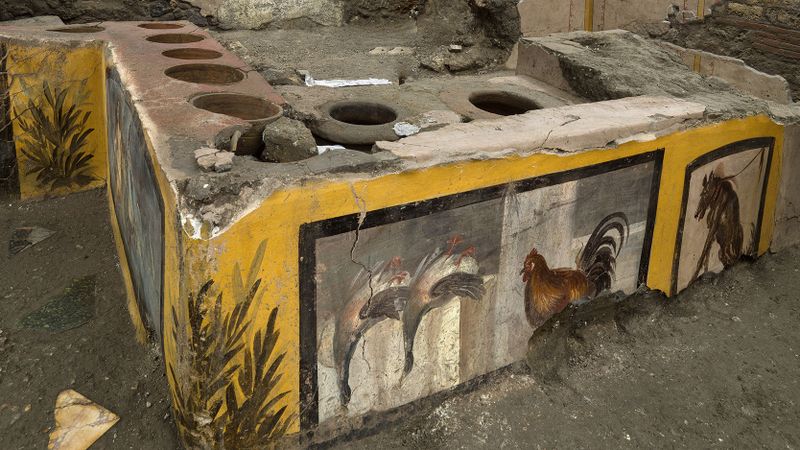 Pompeii Archaeological Park's longtime chief Massimo Osanna said at the time it was the first time a hot-food-drink eatery was completely unearthed. 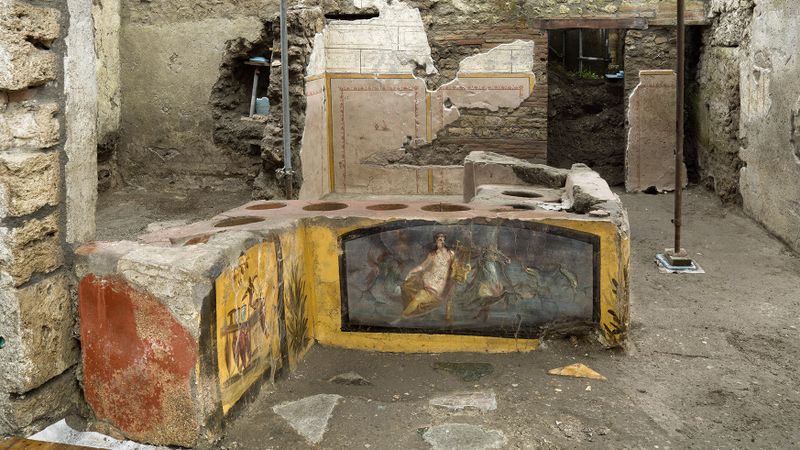 Plant and animal specialists analysed the remains from the site, with its counter frescoed with a figure of an undersea nymph astride a horse.

Images of two upside-down mallards and a rooster, whose plumage was painted with the typical vivid colour known as Pompeiian red, also brightened the eatery.

Snails, duck, pig, goat, and fish were among the items on the menu at the ancient restaurant.