City of London police confirmed in a tweet that the bridge was stuck due to "technical failure," while numerous pictures and videos posted on social media show the bascules stuck in an upright position after being opened to allow a tall ship to pass through.

Bascules are the movable sections of road on the bridge that can be raised and lowered using counterweights. 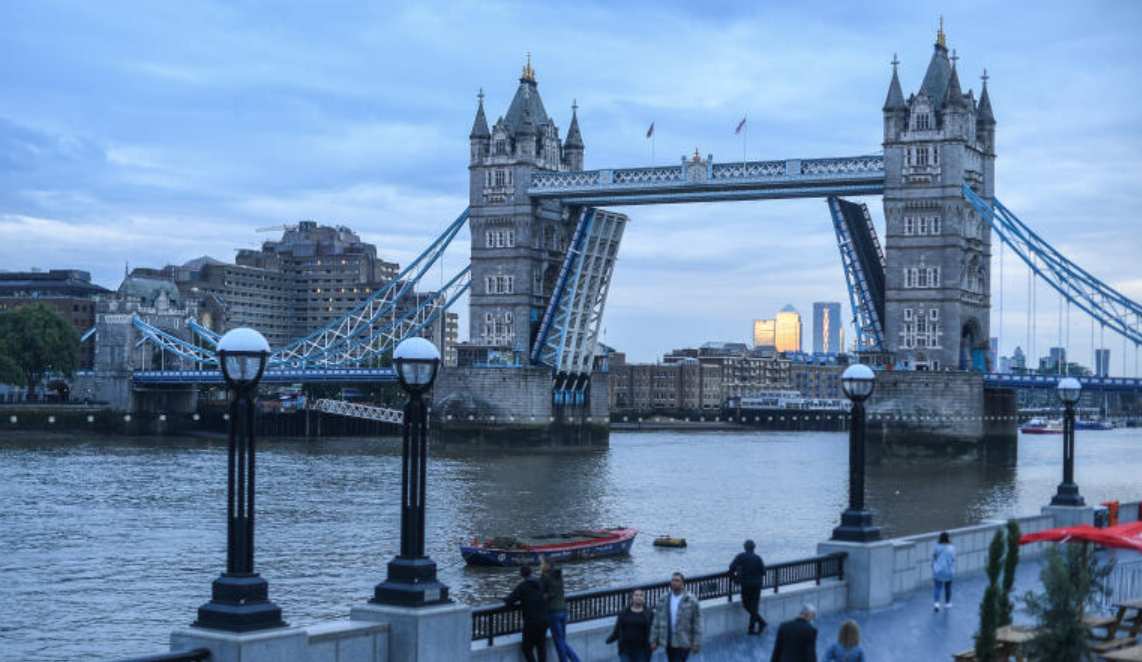 According to the Tower Bridge tourism website, the bridge opens about 800 times a year.

The technical fault caused long lines of traffic across the city, with pedestrians having to find other ways to get across the river.

The City of London police urged people to avoid the area.

Spanning the River Thames, the 240m-long landmark was completed in 1894.

Once powered by steam, the hydraulic bascules have been driven by oil and electricity since 1976. 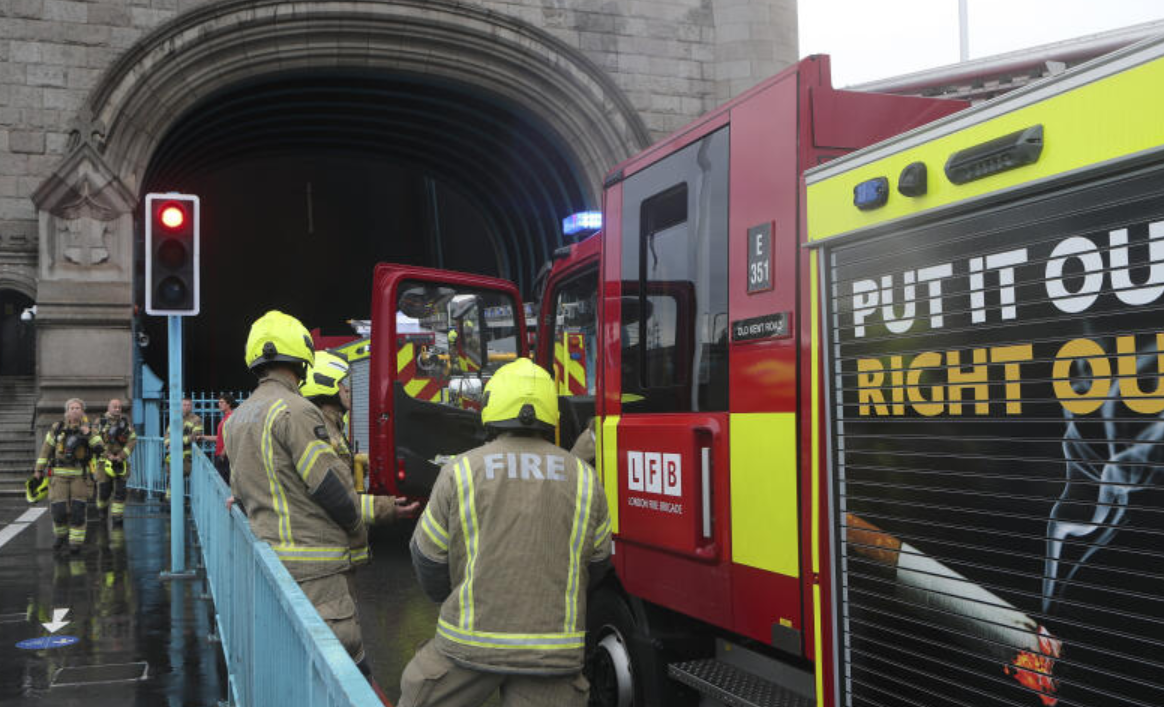 Tower Bridge is a popular tourist attraction, and visitors can stroll along the walkways connecting the two towers.

The walkways were originally public, but they closed in 1910. They reopened in the 1980s as an exhibition space.