The powerful sister of North Korean leader Kim Jong Un ripped South Korea for proceeding with military exercises with the United States she claimed are an invasion rehearsal and warned that the North will work faster to strengthen its preemptive strike capabilities.

Kim said she was delegated authority to release the statement, implying the message came directly from her brother. 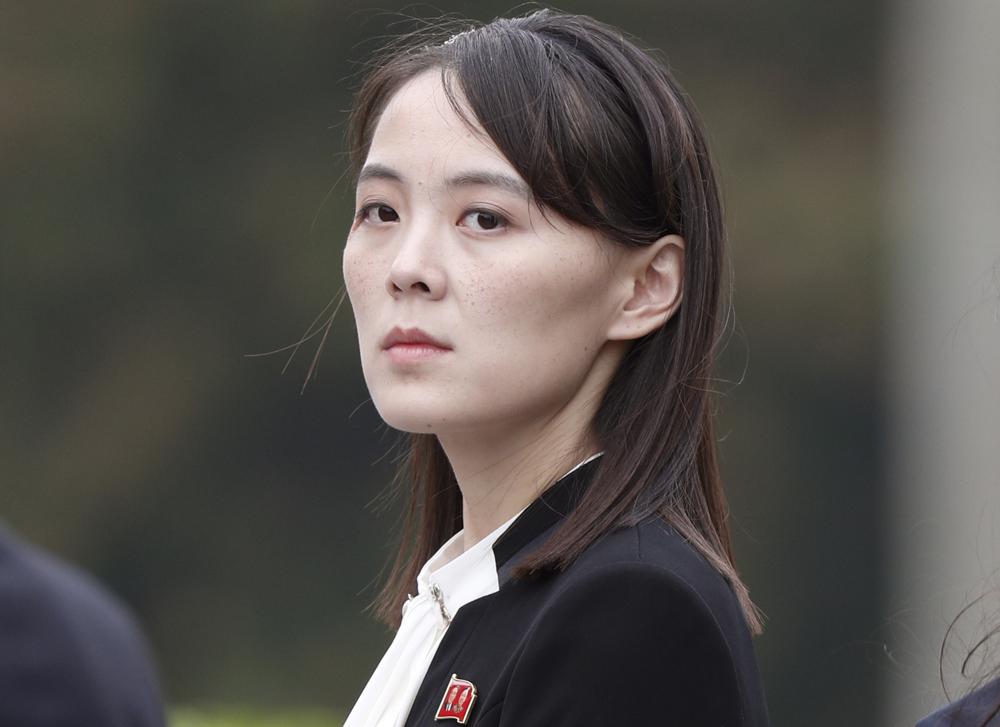 She described the South’s decision to hold joint exercises despite earlier warnings by the North as “perfidious behaviour” that will push the allies into facing a “more serious security threat.”

She said continuing the drills exposed the hypocrisy of the Biden administration’s offers to resume dialogue over the North’s nuclear weapons program. She said there won’t be stabilised peace on the Korean Peninsula unless the United States withdraws its troops and weapons in the South.

Kim said the North will “put more spur to further increasing the deterrent of absolute capacity to cope with the ever-growing military threats from the US,” including its capabilities for national defence and “powerful” preemptive strikes for “rapidly countering any military actions against us.”

“(The drills) are the most vivid expression of the US hostile policy towards the DPRK, designed to stifle our state by force, and an unwelcoming act of self-destruction for which a dear price should be paid as they threaten the safety of our people and further imperil the situation on the Korean Peninsula,” Kim said, using the initials of the country’s formal name, the Democratic People’s Republic of Korea.

“For peace to settle on the peninsula, it is imperative for the US to withdraw its aggression troops and war hardware deployed in (South) Korea. As long as the US forces stay in (South) Korea, the root cause for the periodic aggravation of the situation on the Korean Peninsula will never vanish.”

It wasn’t immediately clear whether North Korea’s threat to advance its preemptive strike capabilities signalled a resumption of testing activity.

The North ended a yearlong pause in ballistic tests in March by firing two short-range missiles into the sea, continuing a tradition of testing new US administrations with weapons demonstrations and other provocations apparently aimed at measuring Washington’s response and wresting concessions. 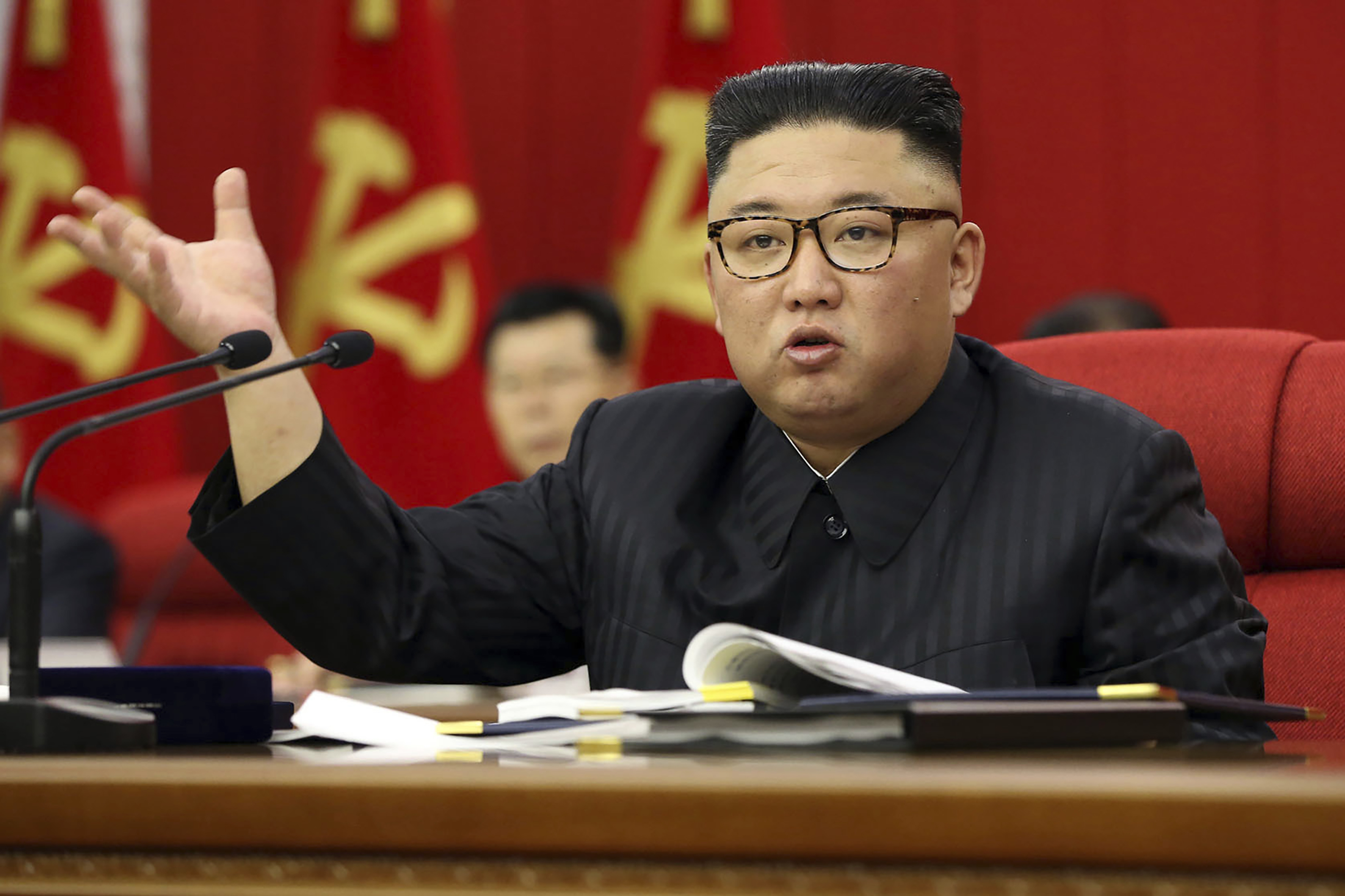 But the North hasn’t conducted any known test launches since then as Kim Jong Un focused national efforts on fending off COVID-19 and salvaging a broken economy damaged further by pandemic border closures.

North Korea’s angry reaction to the drills further diminishes South Korean hopes for improving bilateral ties, which rose after the North agreed to reopen long-stalled communication channels with the South in late July.

But just days after the lines were restored, Kim Yo Jong warned that the planned military drills between South Korea and the United States will undermine prospects for better inter-Korean ties.

Some analysts say the North’s decision to restore the communication lines was mainly aimed at pushing Seoul to convince Washington to make concessions while nuclear diplomacy remains deadlocked.

Kim Jong Un in recent political speeches has pledged to bolster his nuclear deterrent while urging his people to stay resilient in a struggle for economic self-dependence in face of US-led pressure. His government has so far rejected the Biden administration’s overture for talks, demanding that Washington abandon its “hostile” policies first.

The United States keeps about 28,000 troops in South Korea to help deter potential aggression from North Korea, a legacy of the 1950-53 Korean War. The allies have yet to officially announce the details of this month’s drills.

Boo Seung-Chan, spokesperson of South Korea’s Defense Ministry, said during a briefing that the allies were discussing the “timing, scale and methods” of the summertime drills. He didn’t offer a direct comment toward Kim Yo Jong’s statement. 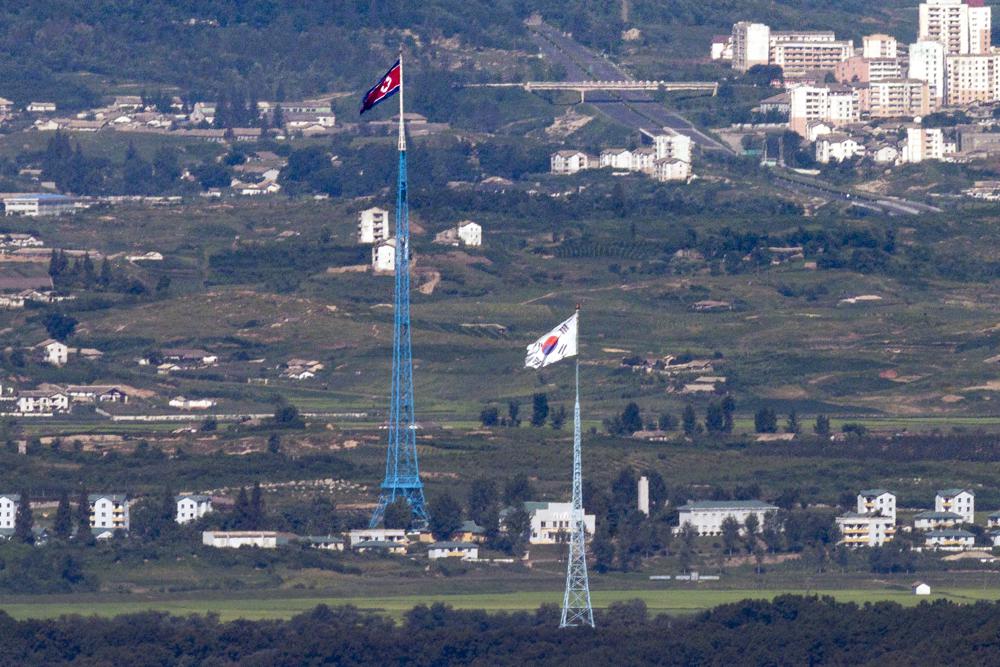 The North has long bristled at the joint military exercises between South Korea and the United States, which the allies describe as defensive in nature, and often responds them with its own weapons tests.

In the past few years, however, South Korea and the United States have cancelled or downsized some of their training to support the now-dormant diplomacy on ending the North Korean nuclear crisis or because of the COVID-19 pandemic.

North Korea has suspended its nuclear and long-range missile tests since 2018 when leader Kim Jong Un initiated diplomacy with South Korea and then-President Donald Trump while attempting to leverage his nukes for badly needed sanctions relief.

But after the talks fell through in 2019, the North ramped up tests of new short-range, solid-fuel weapons that underscored efforts to improve its capacities for delivering nuclear strikes and overwhelming missile defence systems in South Korea and Japan.

Inter-Korean ties flourished during the diplomacy of 2018, during which Kim Jong Un and South Korean President Moon Jae-in met three times and vowed to resume inter-Korean economic cooperation when possible, expressing optimism that sanctions would end and allow such projects.

But the North later cut off ties with South Korea following the collapse of the second summit between Kim and Trump in 2019 when the Americans rejected North Koreans' demands for major sanctions relief in exchange for a partial surrender of their nuclear capabilities.