A school has been shut down and residents of Dubbo and surrounding areas are being urged to get tested and limit their movements after someone in the central New South Wales region was infected with COVID-19.

The confirmation came after coronavirus scares when an infectious couple travelled through the region in June and sewage detections earlier this month.

Member for Dubbo Dugald Saunders said it was not yet known how the virus had spread to the region. He said it had been linked to Dubbo West Public School and Macquarie Anglican Grammar School and asked all students and staff to self-isolate. 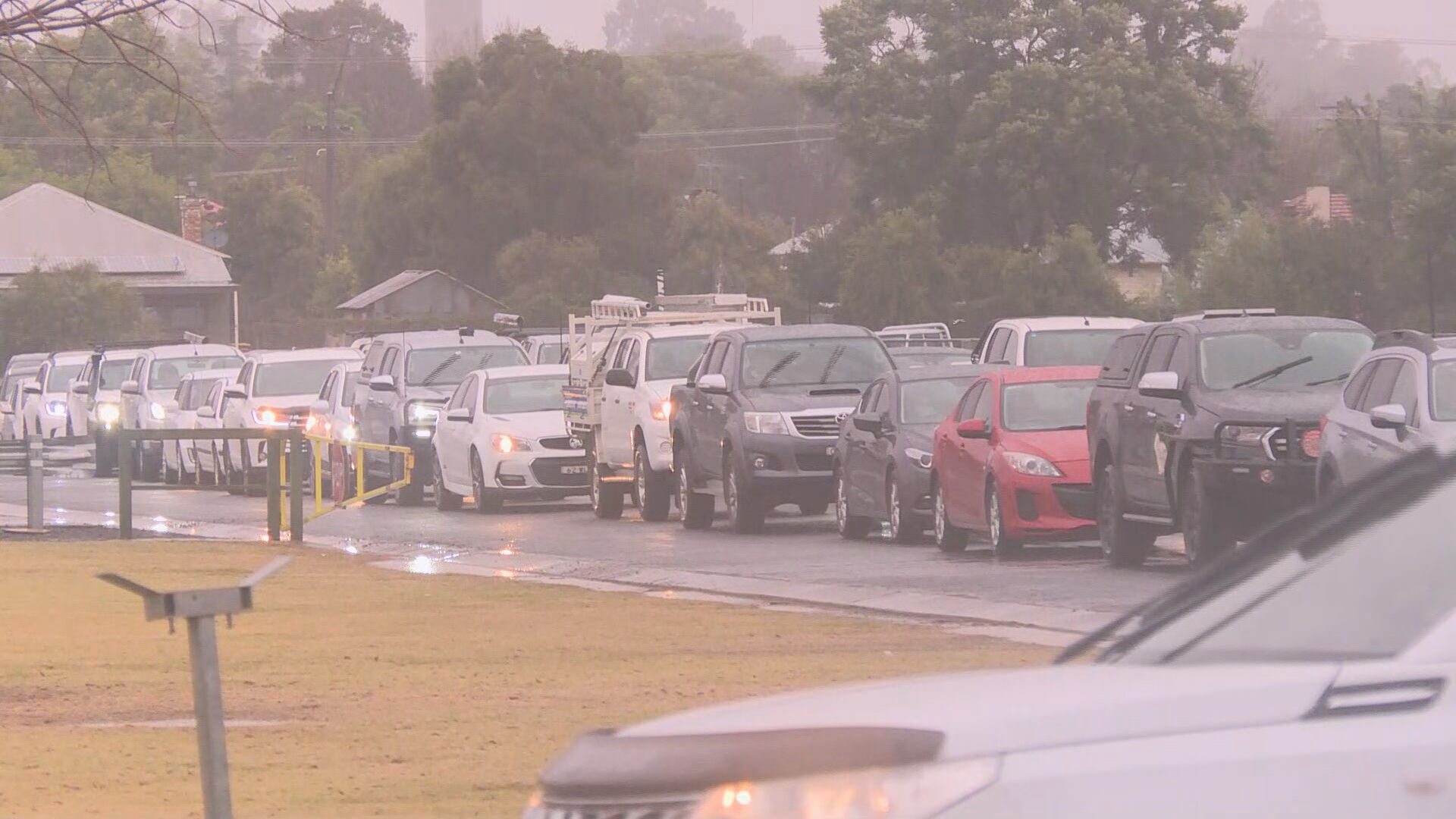 The Department of Education said Dubbo West would be closed on Wednesday as a precaution.

Macquarie Anglican Grammar School sent an "important email" to parents from the principal on Tuesday night, according to its Facebook page, but it was unclear what they were told.

Mr Saunders said the infectious person was isolating after becoming symptomatic on Monday and getting tested on Tuesday.

"It isn't yet known how transmission occurred," he posted to Facebook late on Tuesday.

"Fragments of COVID-19 have been detected in Dubbo sewage samples taken on August 3 and August 5.

"While Dubbo residents are urged to limit their movements in the community at this time, widespread Covid-19 testing is critical."

The Nationals MP said nine close contacts had been identified and had either been tested or would soon be.

Testing is set to ramp up at the Dubbo Showground drive-through site from 8am on Wednesday but testing at Dubbo Base Hospital jhas been relocated to the clinic at Manera Plaza.

Mr Saunders said visitor restrictions would come into force at Dubbo Base and Wellington hospitals, with the latter offering testing from 10am.

"Anyone in Dubbo who is currently experiencing even mild cold-like symptoms is asked to come forward immediately for testing," he said.

"Other concerned residents, and people who may have recently experienced cold-like symptoms are also urged to be tested."

NSW Health's Dr Jeremy McAnulty had on Saturday urged Dubbo residents to get tested after the coronavirus was detected in sewage in the area.

"We've seen sewage detections in Dubbo, and we don't have any known cases in Dubbo," he said.

"So we're urging the community in Dubbo to come forward for testing with even the mildest of symptoms.

"Take it very seriously — if there is a case we need to find them to make sure the community is safe."