There was once a species of terrifying "dragon" flying over Australia 105 million years ago, according to new research.

The fossil of a pterosaur with a nearly seven-metre wingspan once belonged to Australia's largest flying reptile.

A study on these findings was published Monday in the Journal of Vertebrate Paleontology. 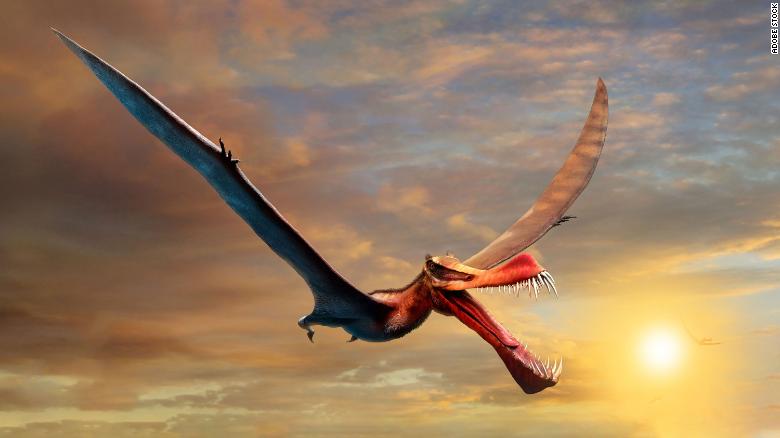 The pterosaur likely soared over a large inland sea that once covered much of outback Queensland, known as the Eromanga Inland Sea.

Its spear-like mouth was perfect for plucking fish from the sea.

Researchers including Tim Richards, a University of Queensland postdoctoral student in the School of Biological Sciences' Dinosaur Lab, analysed a jaw fossil from the pterosaur.

It was originally discovered in a quarry just northwest of Richmond in northwest Queensland in June 2011 by fossicker Len Shaw.

Fossickers search for gold and fossils.

Mr Richards said that the pterosaur would have been a "fearsome beast" that likely snacked on juvenile dinosaurs. 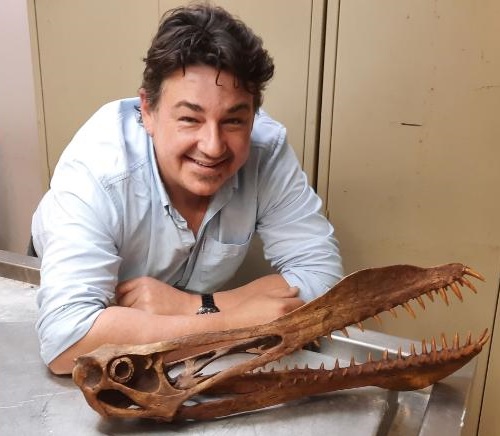 "It's the closest thing we have to a real life dragon," Mr Richards said in a statement.

"It was essentially just a skull with a long neck, bolted on a pair of long wings. This thing would have been quite savage. It would have cast a great shadow over some quivering little dinosaur that wouldn't have heard it until it was too late."

The name of the new species, Thapunngaka shawi, is a nod to the First Nations peoples of the Richmond area where the fossil was found and includes some of the lost language of the Wanamara Nation.

"The genus name, Thapunngaka, incorporates thapun [ta-boon] and ngaka [nga-ga], the Wanamara words for 'spear' and 'mouth', respectively," said Steve Salisbury, study co-author and senior lecturer in the University of Queensland's School of Biological Sciences, in a statement.

The researchers were intrigued by a massive bony crest located on the lower jaw of the new species and believe there was likely one on the upper jaw, too.

"Semi-circular in shape, it would have resembled a (13cm radius) half dinner plate on its side," Mr Richards said.

"These crests probably played a role in the flight dynamics of these creatures, and hopefully future research will deliver more definitive answers," Mr Salisbury said.

The entire skull was likely over one metre and contained 40 teeth.

The newly discovered species was part of a group of pterosaurs named anhanguerians. These pterosaurs once flew over every continent.

"Pterosaurs were a successful and diverse group of reptiles — the very first back-boned animals to take a stab at powered flight," Mr Richards said. 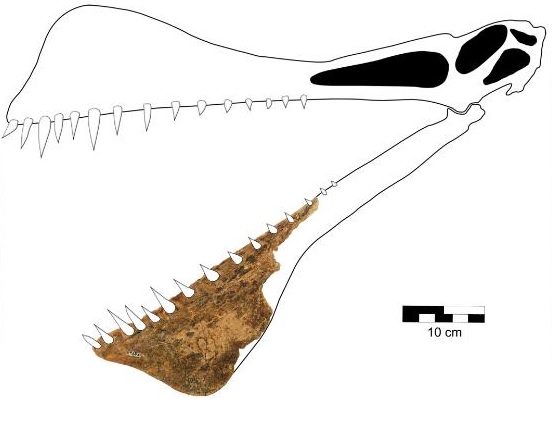 Their thin-walled bones were largely hollow, which means the pterosaurs were perfectly adapted to flight, but their bones didn't preserve well in the fossil record.

"It's quite amazing fossils of these animals exist at all," Mr Richards said.

This discovery marks the third species of anhanguerian pterosaur to be found in Australia.

All of them have been recovered in western Queensland.

The fossil is on display at the Kronosaurus Korner museum in Richmond.