As Greece's massive wildfires were being tamed Tuesday, the country's civil protection chief strongly defended the country's firefighting efforts, saying every resource was thrown into the fight against what he described as the fire service's worst challenge ever.

Nikos Hardalias said authorities "truly did what was humanly possible" against blazes that destroyed tens of thousands of hectares of forest and hundreds of homes, cost a volunteer firefighter his life and forced over 60,000 people to flee. Two other firefighters were in intensive care with severe burns.

"We handled an operationally unique situation, with 586 fires in eight days during the worst weather conditions we've seen in 40 years," Hardalias told a press conference. "Never was there such a combination of adverse factors in the history of the fire service." Climate scientists say there is little doubt that climate change from the burning of coal, oil and natural gas is driving extreme events, such as heat waves, droughts, wildfires, floods and storms. Researchers can directly link a single event to climate change only through intensive data analysis, but they say such calamities are expected to happen more frequently.

Greece had just experienced its worst heat wave since 1987, which left its forests tinder-dry, and other nearby nations like Turkey and Italy also faced the same searing temperatures and quickly spreading fires.

Worsening drought and heat – both linked to climate change – are also driving wildfires this summer in the US West and in Siberia in northern Russia. 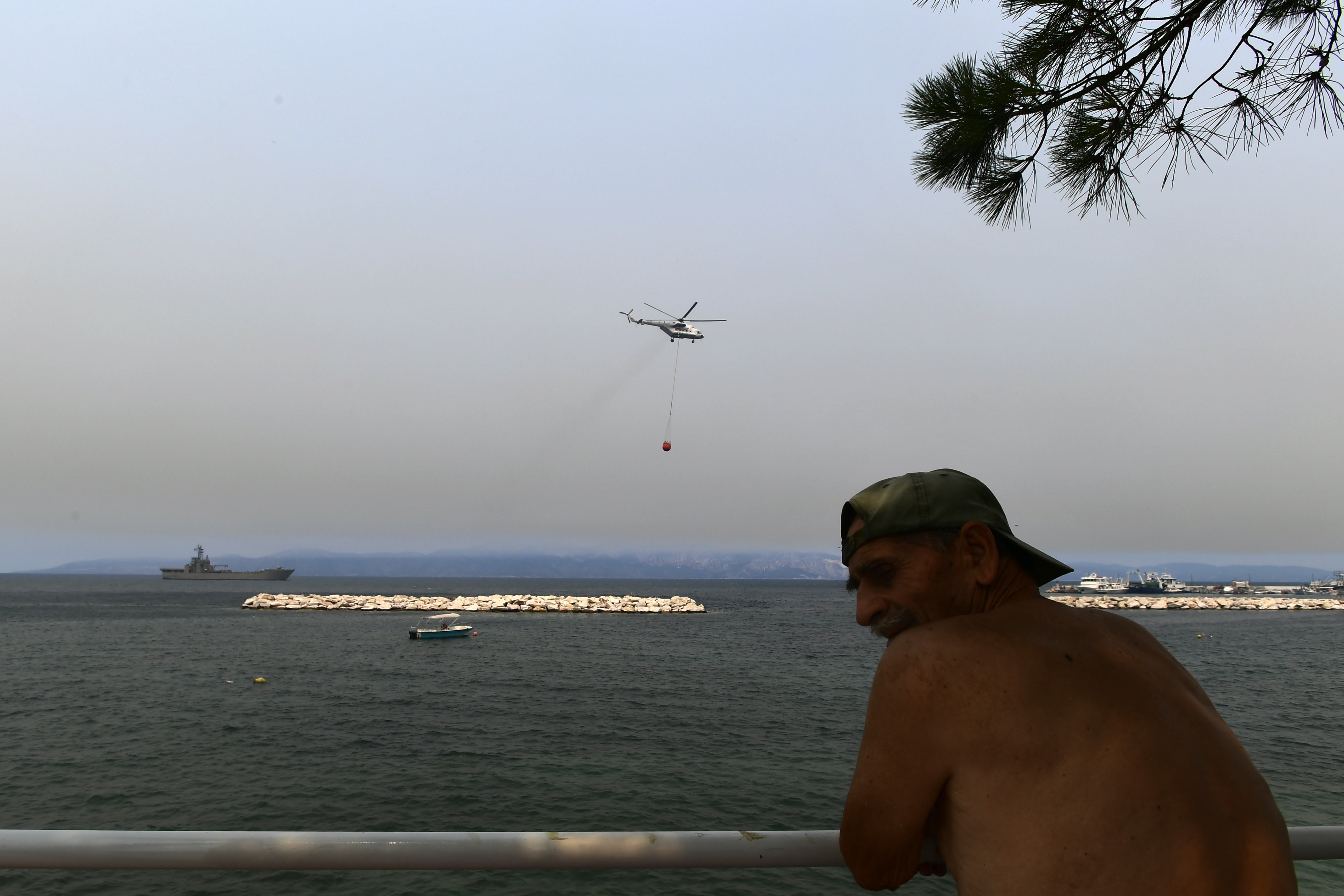 In Greece, the worst blaze still burning Tuesday was in the northern section of Evia, the country's second-largest island, which is linked by a bridge to the mainland north of Athens and is a favourite holiday destination for the Greek capital's residents.

The fire service said 873 firefighters, 50 ground teams and 229 vehicles were fighting the blaze that broke out August 3. They included crews from Ukraine, Romania, Serbia, Slovakia and Poland — part of a huge international response to Greece's plea for assistance.

Fourteen helicopters were providing air support Tuesday on Evia, including three from Serbia, two from Switzerland and two from Egypt. The wildfire on Evia, unlike many in the United States, was taking place in an area in which villages and forests are entwined. In an afternoon briefing, Hardalias said all the fire fronts on Evia were waning, but strong firefighting forces were guarding the perimeter of the fire, particularly around a cluster of villages that are among the dozens evacuated on the island in recent days. However, heavy smoke from the fires has often reduced visibility to zero, making it very difficult and dangerous for water-dropping aircraft to assist the ground forces.

According to EU wildfire data and satellite imagery, more than 49,000 hectares have burned up on Evia — by far the worst damage from any of the recent fires in Greece.

Several other wildfires were burning in the country, with the most significant in the southern Peloponnese region, where new evacuations were ordered Tuesday afternoon. Residents and local officials on Evia have complained about a lack of water-dropping planes, with some saying not enough were sent early on, leaving the fire to grow to such proportions that flying became too hazardous.

Hardalias argued Tuesday that when the Evia blaze broke out, authorities were already facing other enormous challenges. A major forest fire was burning through the northern outskirts of Athens, forcing the evacuation of thousands, and another was coursing through villages towards ancient Olympia — a hugely important archaeological site in the Peloponnese where the ancient Olympic Games were held for more than 1000 years.

"Every house lost is a tragedy for all of us. It's a knife in our heart," he said. 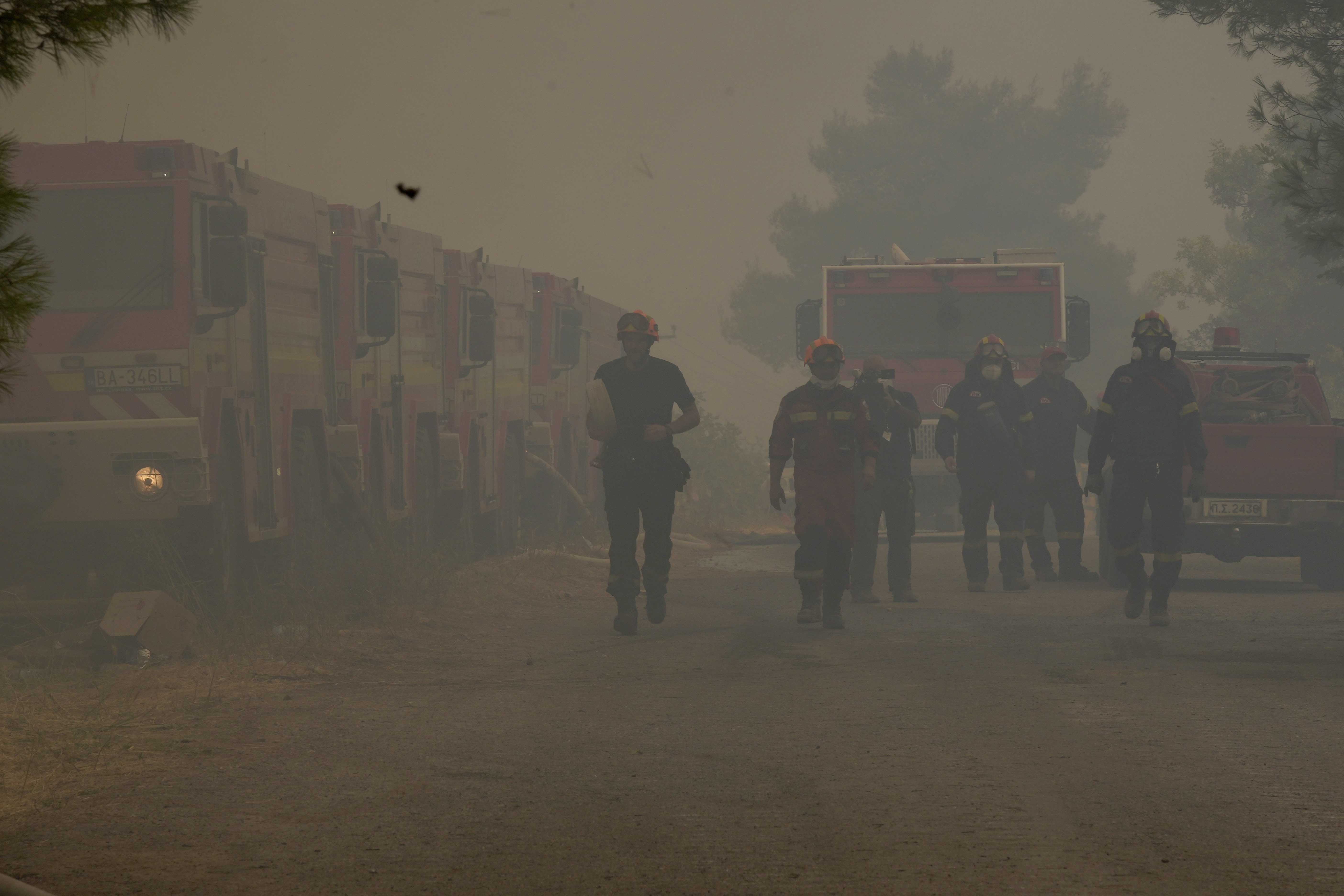 Asked whether he was satisfied with the country's firefighting response, Hardalias said: "Obviously, there can be no satisfaction after such a catastrophe. But all our available forces, ground and airborne, were sent immediately to the fires."

"Whether we could have done something different remains to be seen," he said. "But in any case, we fought a great battle, and the losses were among those fighting it, not among civilians."

Greek authorities have emphasised saving lives, issuing evacuation alerts for dozens of villages and neighbourhoods this summer. In 2018, a deadly fire that engulfed a seaside settlement near Athens killed more than 100 people, including some who drowned trying to escape the flames and smoke by sea.

Critics say the government's focus on evacuating villages, which did save lives, prevented villagers with local knowledge from helping firefighters and led to more property destruction. 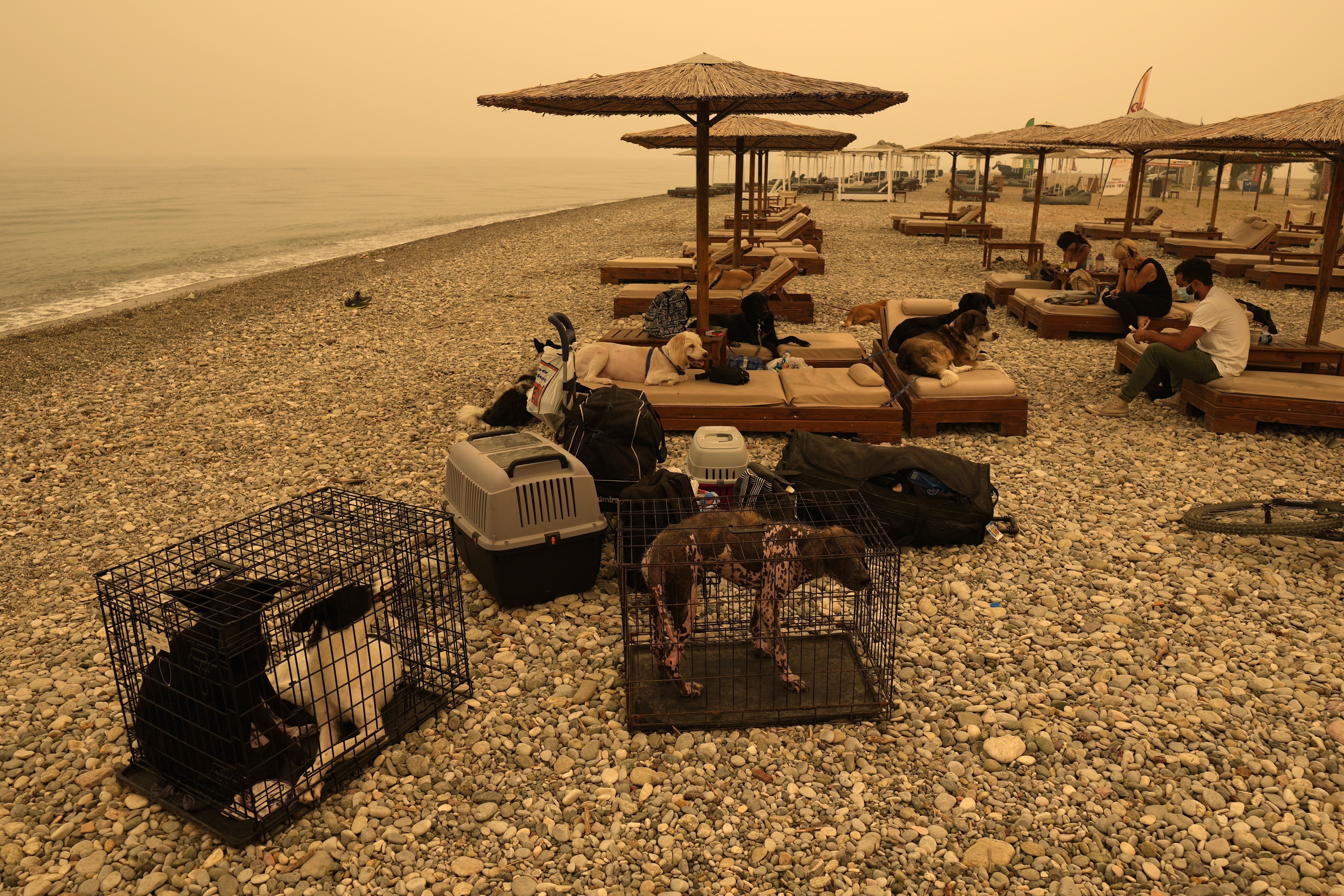 Greece's centre-right government has pledged compensation to everyone whose property or business was damaged by the wildfires, and a massive reforestation effort to replace the trees that have burned. Several people have also been arrested on suspicion of arson.