A man posing as an authorised officer doing home quarantine checks in Melbourne threatened a woman with deportation if she did not agree to his sexual advances.

Victoria's Department of Health is investigating the information leak which led to a man demanding the woman in home quarantine to perform a lewd act.

The woman, known as Phoebe, returned from Sydney and was four days into her home quarantine period when the man claiming to be an authorised officer entered her Burwood home, and threatened to send her into hotel quarantine unless she performed the sex act. "I think he's from department … so it was very scary because I think if I keep saying no he will do something," Phoebe told 9News.

The 31-year-old dental assistant said the man called her mobile, then arrived on her doorstep half an hour later at 9pm to conduct "a random check".

He showed her a document with her personal details on it and asked to inspect the property. His demeanour then quickly changed.

"He came in and I show my room … I keep saying I didn't do anything wrong," she said.

The woman claimed the man said: "If you make me happy I will lie for you and no one needs to know and you will be protected".

"He want me to do some sexual things," she said.

He typed some of his requests into a translation app when the dental assistant became overwhelmed and told him she didn't understand.

"I said can I please call my friend and ask for help and he said no he don't want me to touch my phone," she said. 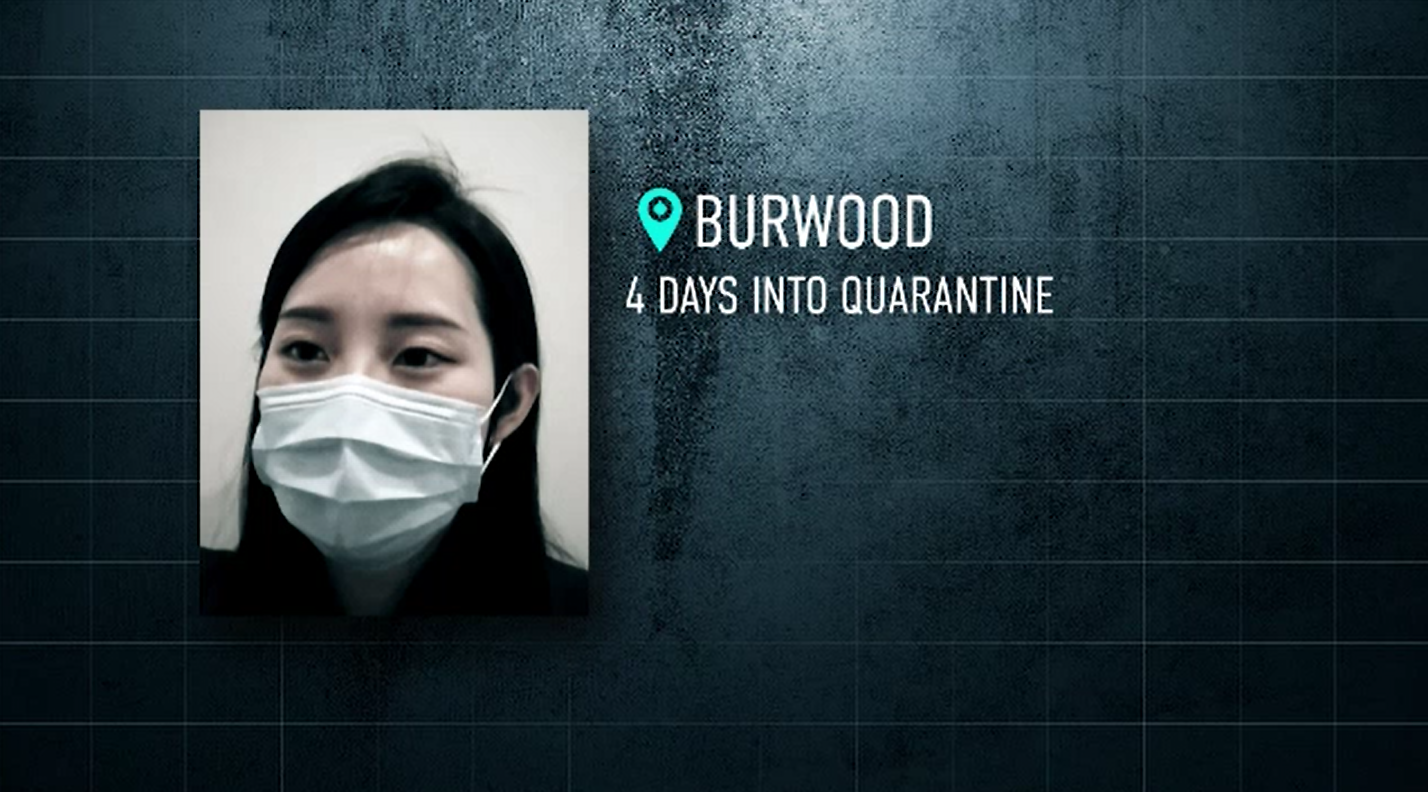 However, the health department has not established how the woman's information was leaked.

"I am aware of a police investigation into someone impersonating an authorised officer and seeking to enter into the home – that must be an incredibly distressing and frightening experience for the individual concerned and I extend my sympathies to her," Mr Weimar said.

"Let me be very clear, authorised officers, when they make home visits they will always be in uniform, they will always have appropriate identification and they will never under any circumstances seek entry into your home."

The woman kicked the intruder out, but he called her mobile five more times.

She was so traumatised by the experience, she could not spend another night in her home.

Phoebe reported the incident to police and the Department of Health – which advised her to return to Sydney to stay with her sister.

Police are searching for the man, who is believed to be aged in his 20s.

The woman's biggest fear now is that there are more victims like her.

"He told me many other people do this … makes him happy and he lie for them."