A US police officer is at the centre of a public backlash following the release of a video in which he claims a fellow officer nearly died from drug exposure.

San Diego County Sheriff Bill Gore, facing sharp criticism from health experts over a public service video that purports to show a deputy's near-death experience from fentanyl exposure, has now acknowledged that he, not a doctor, concluded the deputy overdosed.

READ MORE: Dangerous drug used to sedate horses killing thousands in the US 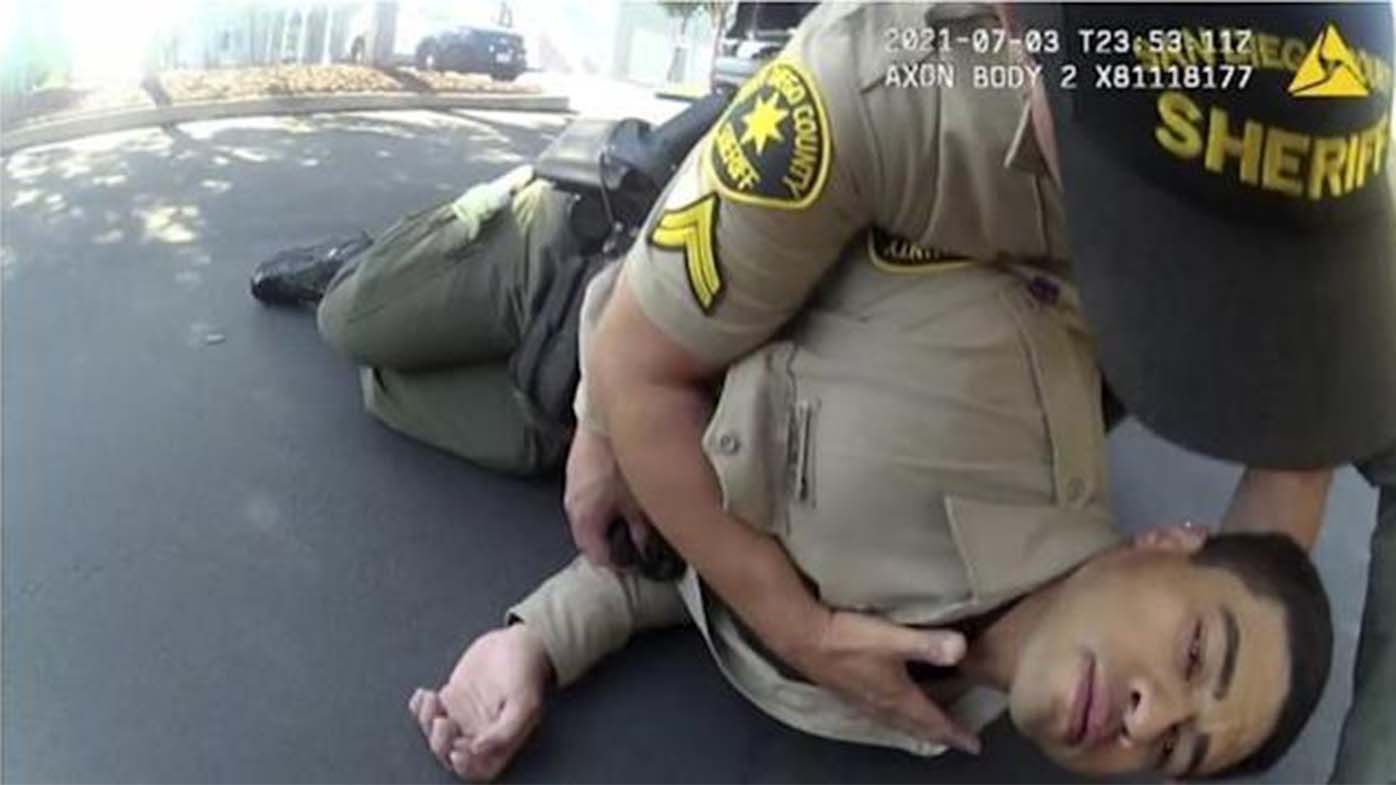 During the search of a vehicle last month, Deputy David Faiivae reported his face came within about 15 centimetres of a white, powdery substance that tested positive for fentanyl, an opioid that is 50 times more powerful than heroin.

The video from police body-worn cameras shows Mr Faiivae stagger backward, fall to the ground and struggle to breathe.

According to an incident report released on Monday, Mr Faiivae wore gloves and safety glasses but not a mask.

He remembered feeling light-headed before collapsing.

Health experts have long said overdosing from skin contact or inhalation of fentanyl is extremely unlikely, which was news to Mr Gore.

The sheriff told The San Diego Union-Tribune that the department assumed such exposure could result in an overdose.

“If we were misinformed, so be it. We are trying to correct (it),” he told the newspaper. 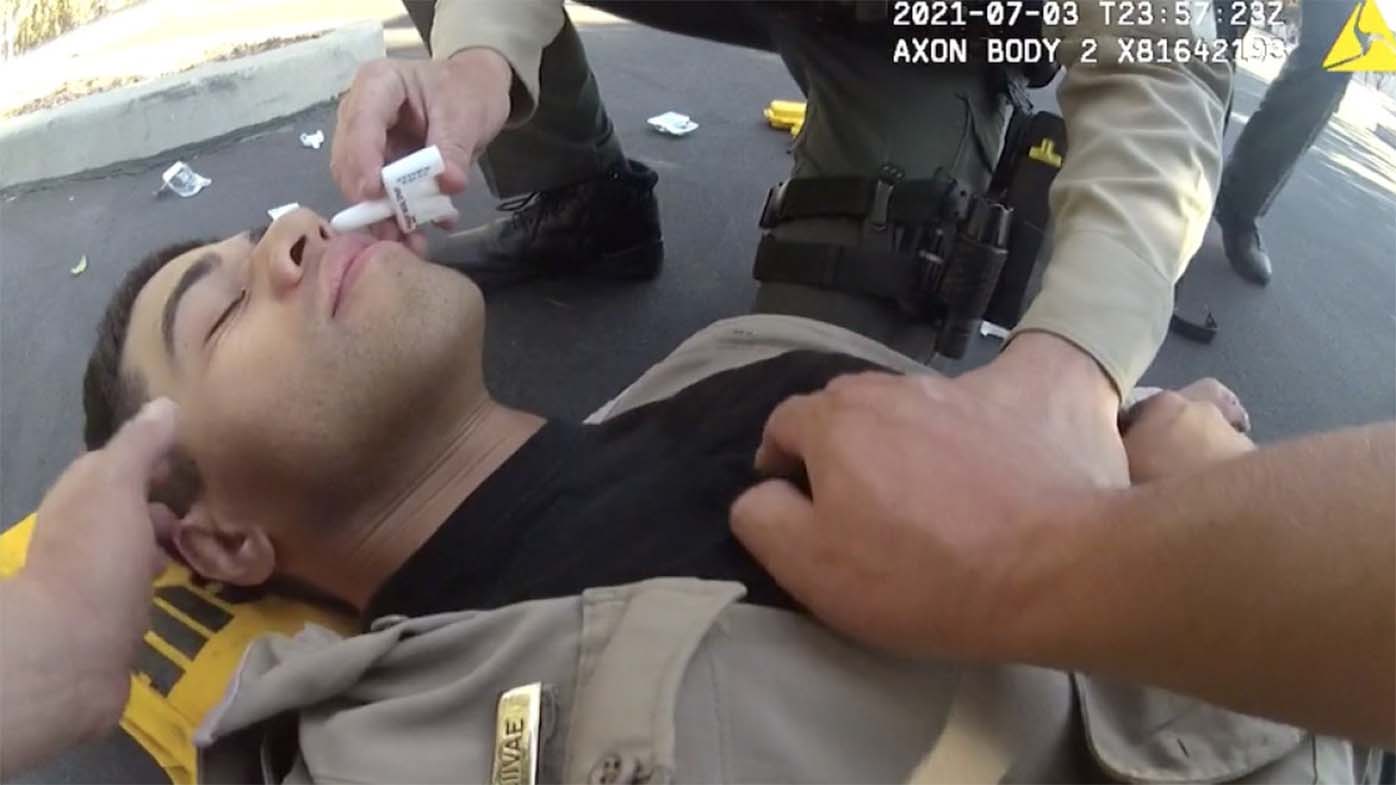 Researchers who have studied reported overdoses from fentanyl exposure among emergency responders found cases can best be attributed to the “nocebo effect,” a phenomenon in which they believe they encountered a toxic substance and therefore experience expected symptoms, according to a study by medical experts published last year in the Harm Reduction Journal.

“When individuals are already operating under acute stress and with few mental health reserves, fear of overdose from touching fentanyl could serve as an additional stressor,” the authors state.

Mr Gore, a former FBI official who is not seeking a fourth term next year, said he had concluded after seeing the body-worn camera footage that the deputy exhibited “classic signs of fentanyl overdose”.

READ MORE: US authorities seize cocaine 'made to look like a cake' inside car 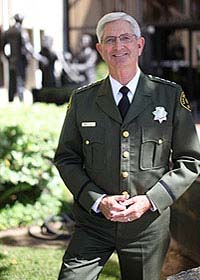 “I'm sorry, my mind didn't go to, ‘Oh, our deputy fainted. Our deputy had a panic attack.’ It just didn't go there. What was the other logical explanation — to my mind, it was overdose from the drug, from fentanyl,” Mr Gore said.

The sheriff promised to release full, unedited video of the incident and to seek medical records of the deputy that presumably would show if he overdosed.

The sheriff's department said neither Mr Gore nor Mr Faiivae were available for interviews on Tuesday.

They said it was signed by more than 350 drug experts, including health professionals.

“This is dangerous misinformation that can cause harm to both people who use opioids and to members of the law enforcement community,” the petition reads. 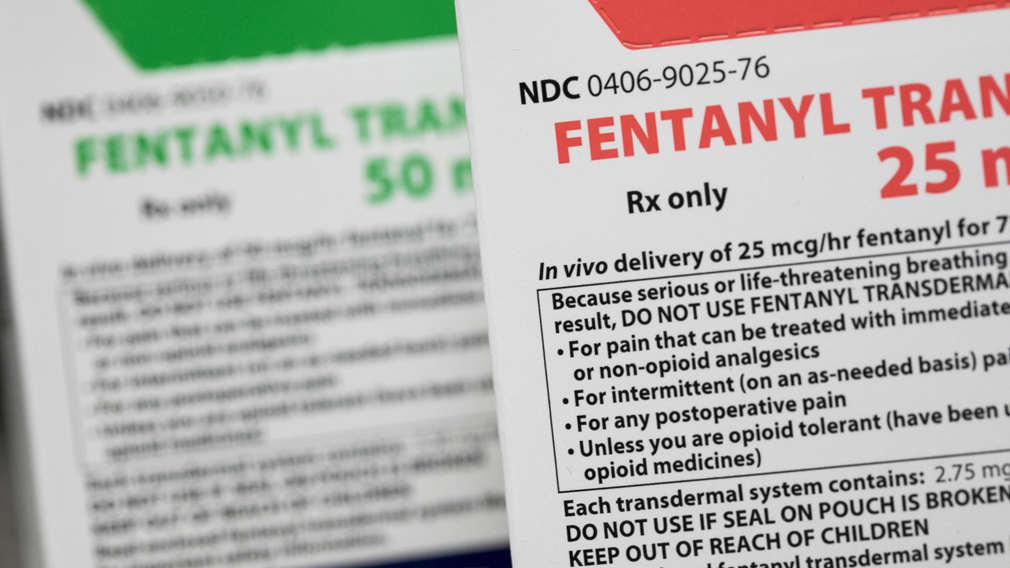 The Drug Policy Alliance, a group that advocates for decriminalisation and safe drug use policies, called the video irresponsible.

“Content like this simply creates more fear and irrational panic that fuels further punitive responses to the overdose crisis, instead of the public health approach we need,” Kassandra Frederique, the group’s executive director, said.

In the video, Mr Faiivae, a trainee, approaches the white powder found in a Jeep's back storage area in the San Diego suburb of San Marcos.

“This stuff’s no joke. It is super-dangerous,” Corporal Scott Crane says before Mr Faiivae collapses.

Mr Faiivae is administered naloxone nasal spray, which reverses the effects of a drug overdose, after he is shown on the ground.

Mr Crane tells the deputy he won’t let him die.

The deputy later recounts what it was like, unable to breathe, gasping for air and then passing out.

“It’s an invisible killer,” Mr Crane says on the video during a sit-down interview after the incident.

“He would have died in that parking lot if he was alone.”

Mr Gore struck a sombre note at the end of the public service announcement to emphasise the dangers of opioids, saying to the camera that exposure “to just a few small grains of fentanyl could have deadly consequences.”

The authors noted reports of responders feeling dizzy or like the body was shutting down or dying, but finds, “Toxicity cannot occur from simply being in proximity to the drug.”