Clear skies over parts of the month-old Dixie Fire have allowed aircraft to rejoin nearly 6000 firefighters in the attack this week.

“Whether or not we can fly depends very much on where the smoke is. There's still some areas where it's just too smoky,” fire spokesman Edwin Zuniga said.

Burning through bone-dry trees, brush and grass, the fire by Tuesday local time had destroyed nearly 900 homes and other buildings. Much of the small community of Greenville was incinerated during an explosive run of flames last week.

But the reports are “definitely subject to change” because assessment teams still can’t get into many areas to count what burned, Mr Zuniga said.

The Dixie Fire, named for the road where it started, also threatened 14,000 buildings in more than a dozen small mountain and rural communities in the northern Sierra Nevada.

Crews have cut thousands of acres of new fire lines aimed at preventing the fire from spreading. Officials believe the fire lines created on the blaze's southern side will hold the fire at bay there, but the fire's future is unknown, authorities said. 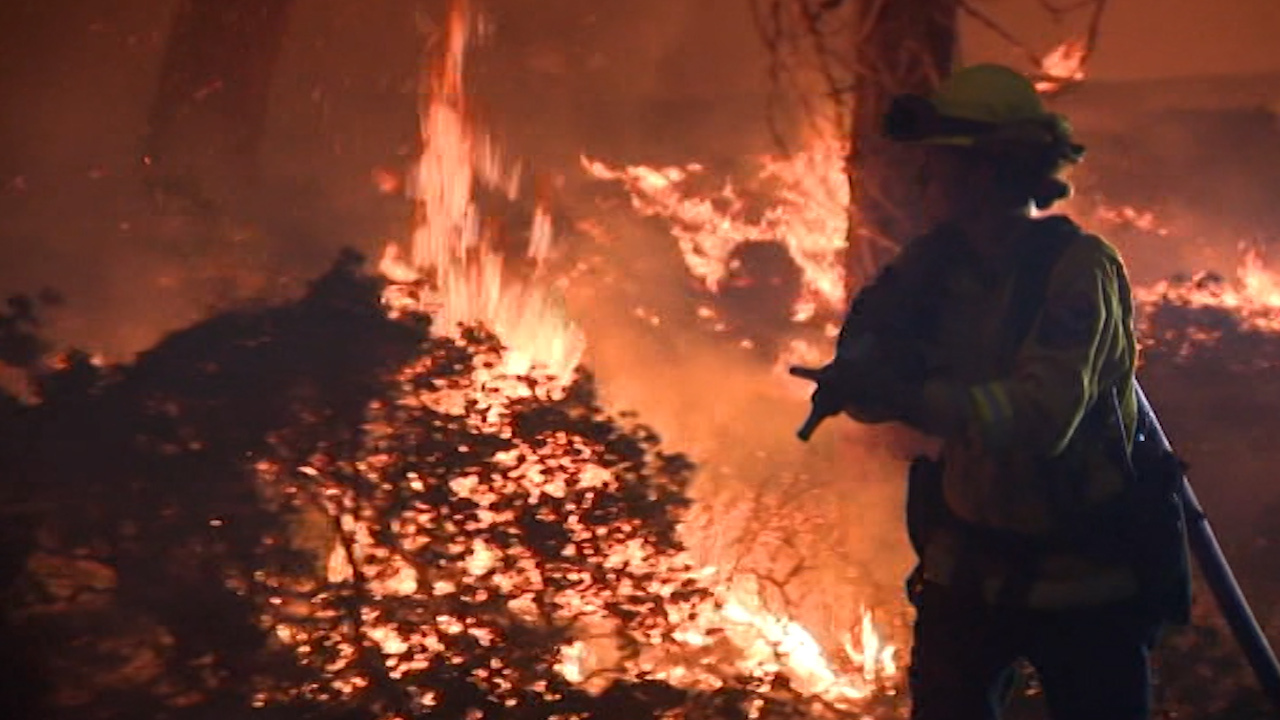 “We don't know where this fire is going to end and where it's going to land. It continues to challenge us," said Chris Carlton, supervisor for Plumas National Forest.

Temperatures are expected to rise and the humidity is expected to fall over the next few days, with triple-digit high temperatures possible later in the week along with a return of strong afternoon winds, fire meteorologist Rich Thompson warned Monday evening.

The fire that broke out July 14 had grown to an area of 1973 square kilometres and was just 25 per cent contained, according to the California Department of Forestry and Fire Protection.

The Dixie Fire is about half the size of the August Complex, a series of lightning-caused 2020 fires across seven counties that were fought together and that state officials consider California’s largest wildfire overall. 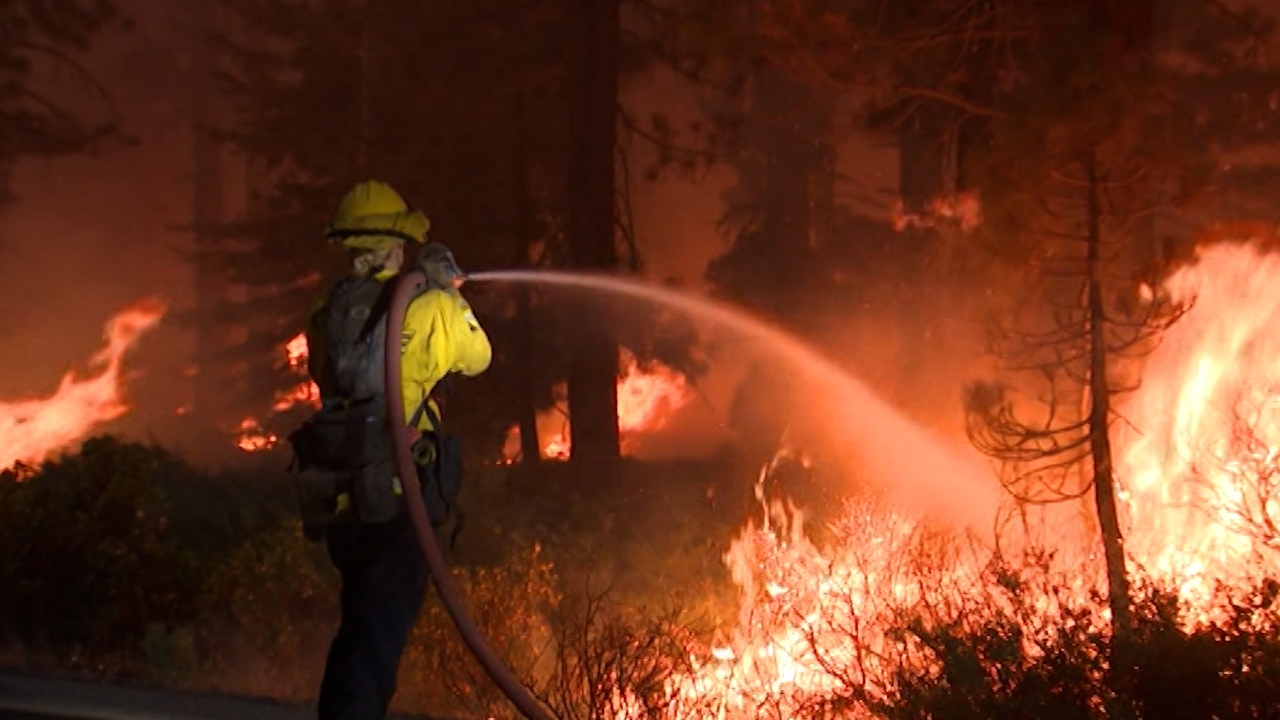 Governor Gavin Newsom on Tuesday declared a state of emergency for northern Shasta, Trinity and Tehama counties. The declaration frees up state resources to help fight fires in those counties and give assistance to residents affected by he blazes.

California’s raging wildfires are among some 100 large blazes burning across 15 states, mostly in the west, where historic drought conditions have left lands parched and ripe for ignition.

The Dixie Fire is the largest single fire in California history and the largest currently burning in the US Nearly a quarter of all firefighters assigned to western fires are fighting California blazes, said Rocky Oplinger, an incident commander.

Heat waves and historic drought tied to climate change have made wildfires harder to fight in the American west. Scientists have said climate change has made the region much warmer and drier in the past 30 years and will continue to make the weather more extreme and wildfires more frequent and destructive. The fires across the west come as parts of Europe are also fighting large blazes spurred by tinder-dry conditions. 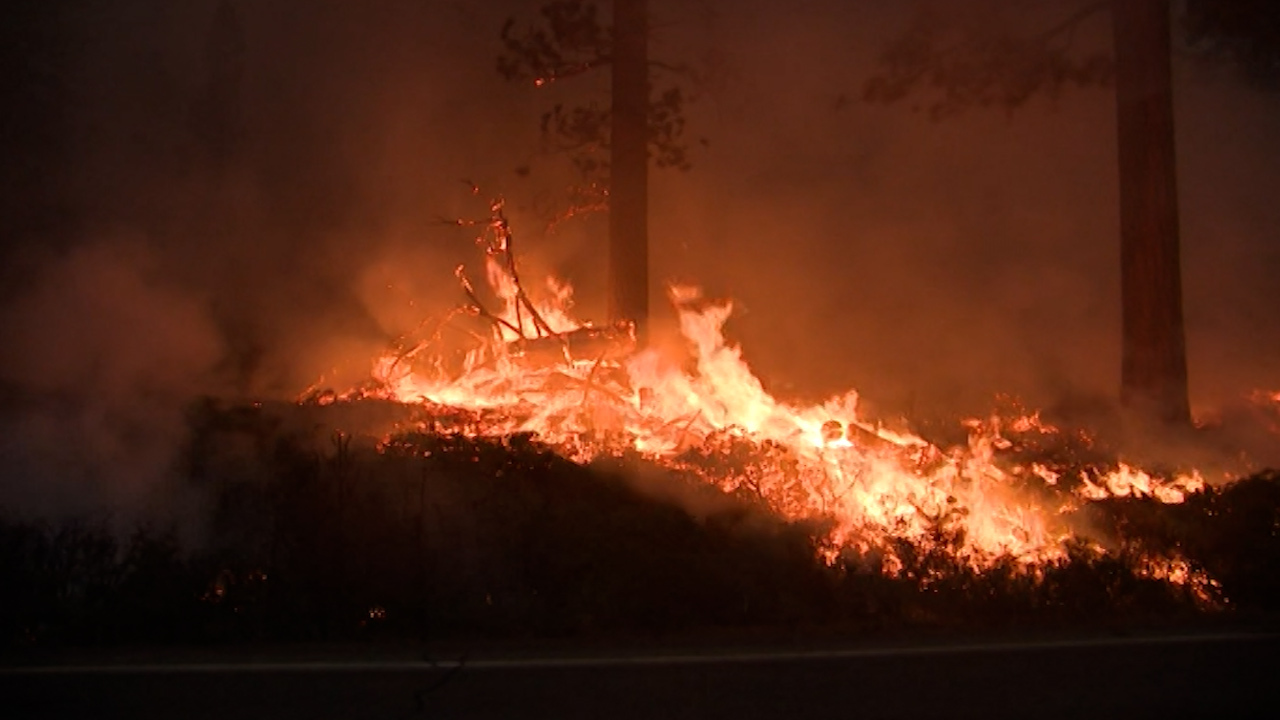 In south-eastern Montana, the small town of Ashland was ordered evacuated Tuesday as a wildfire burned dangerously close to the community just outside the Northern Cheyenne Indian Reservation.

“It’s jumping highways, it’s jumping streams. A paved road is about a good a fire line as we could ask for, and it’s going over that in spots."

Northwest of the Dixie Fire in the Shasta-Trinity National Forest, hundreds of homes remained threatened by two fires that continued to grow. About a third of the McFarland Fire was contained. New evacuation orders were issued Monday for residents near the Monument Fire, which was only about three percent contained.

South of the Dixie Fire, firefighters prevented further growth of the River Fire, which broke out last Wednesday near the community of Colfax and destroyed 68 homes. It was nearly 80 per cent contained.