A man fishing on the beach in the US state of Massachusetts provoked a storm of shock on the sand when his line hooked a great white shark.

Matt Pieciak told 3AW he was playing a game by the water at Cape Cod when something big yanked at his fishing line.

He told radio host Neil Mitchell that he believed he had caught a fish – which was then promptly snapped up by the shark. 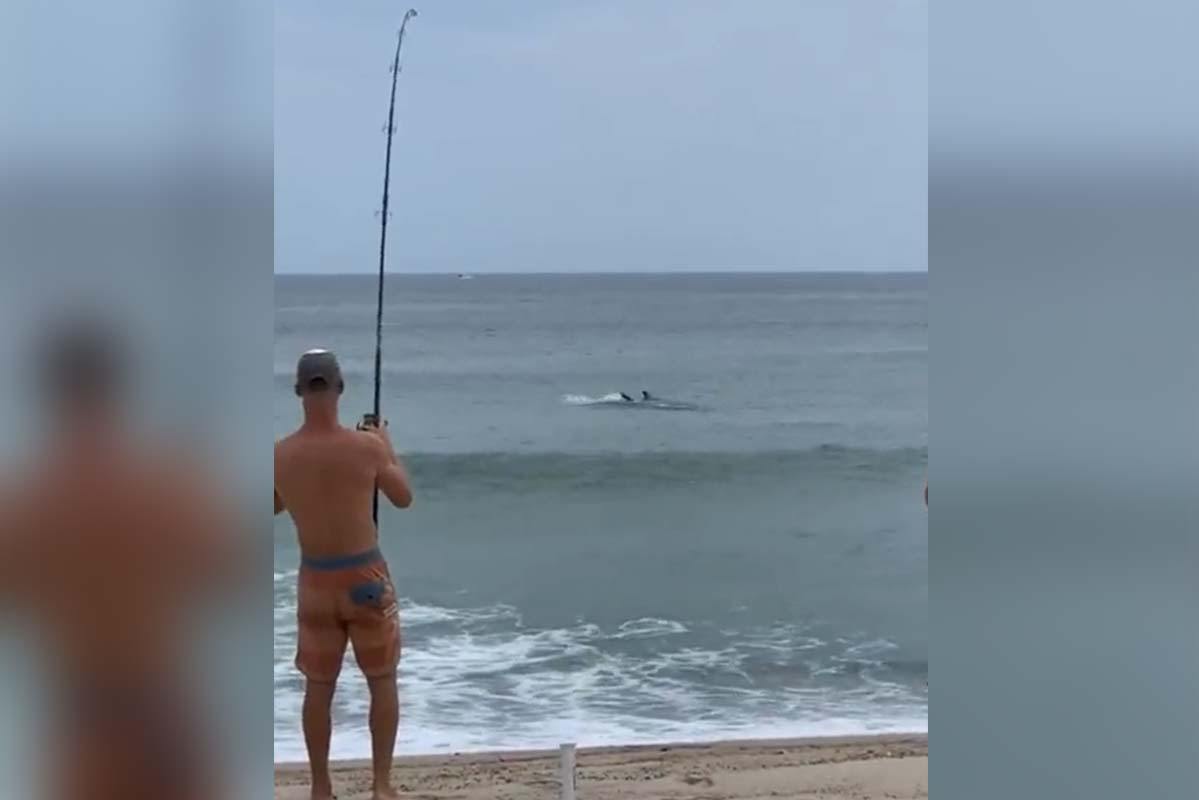 "Based on the shadow that we saw in the water we thought 'Oh shoot, this is a lot bigger than a fish'," Mr Pieciak said.

In video of the incident, the shark is seen breaking the surface of the water as it thrashes on the line.

"You caught a shark, are you serious?" one person is heard saying.

Finally, it breaks the line and swims away.