The mammoth rescue operation to save a whale stuck in shark nets off the Gold Coast has now entered its second day.

The young humpback became caught in netting on Tuesday night, with attempts to free the animal beginning yesterday morning.

Rescue teams spent all day trying to save the 10-year-old mammal from the 200-metre long net.

Griffith University's Dr Olaf Meynecke told 9News the net is weighed down by two anchors – making the task all the more difficult.

"There's two anchors on that net, so it actually weighs the animal down," Dr Meynecke said.

Watched on by another pod of whales, teams used blades at the end of long poles to cut some of the ropes on the net. 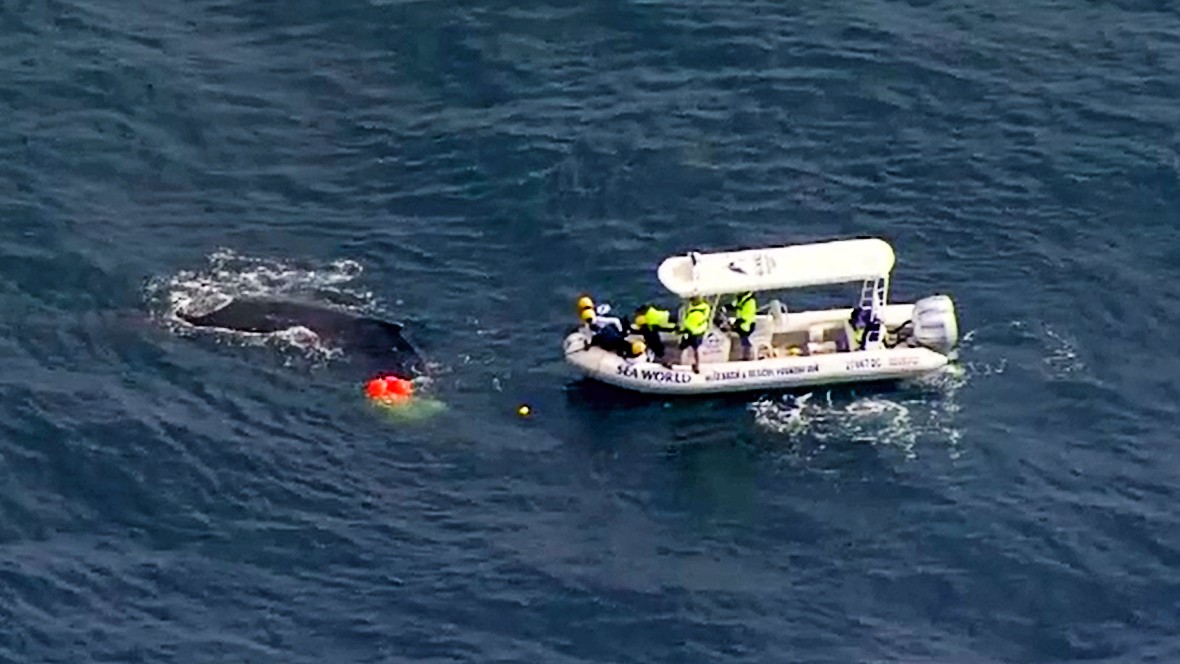 The operation to free the whale had to be paused at night but has resumed now the sun has come up.

Sea World staff told 9News they had placed a satellite tracker on the young whale to enable the rescue attempt to start up again today.

The whale is currently 55 kilometres off the Tweed coast.

The operation comes amid the peak of whale migration season, with several whales caught in coastal nets within the past few years. 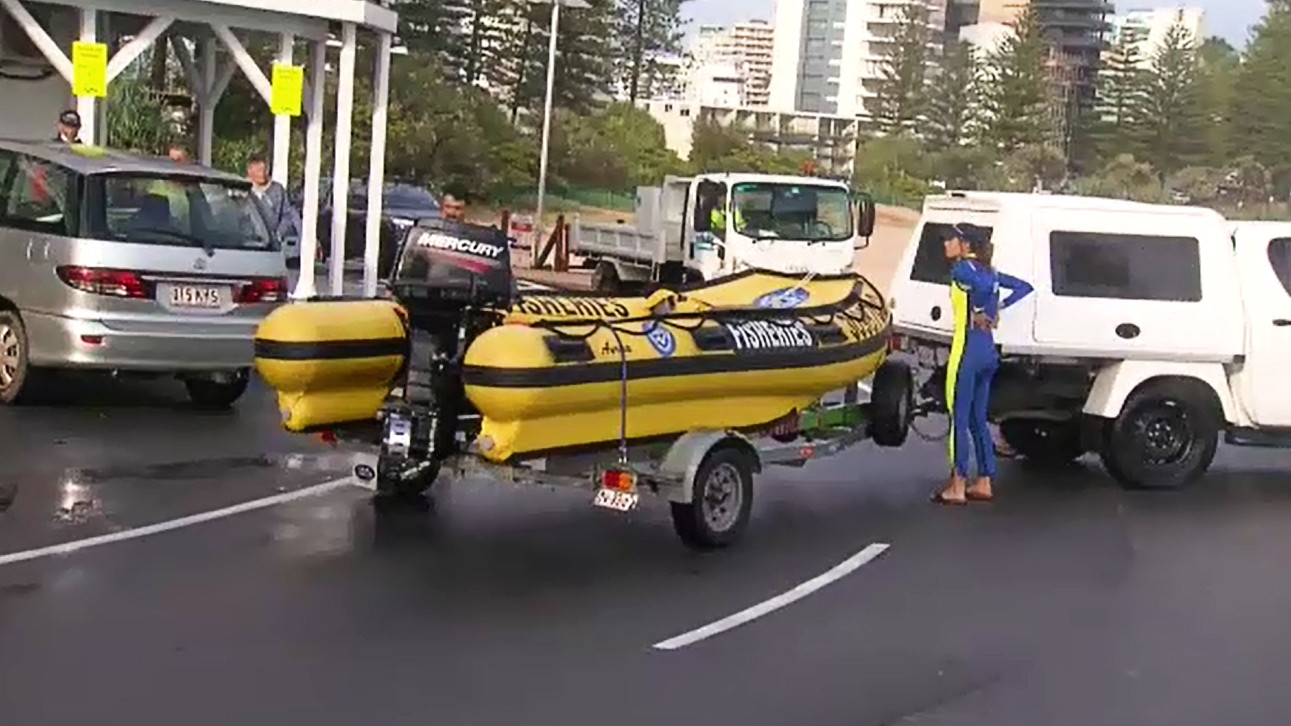 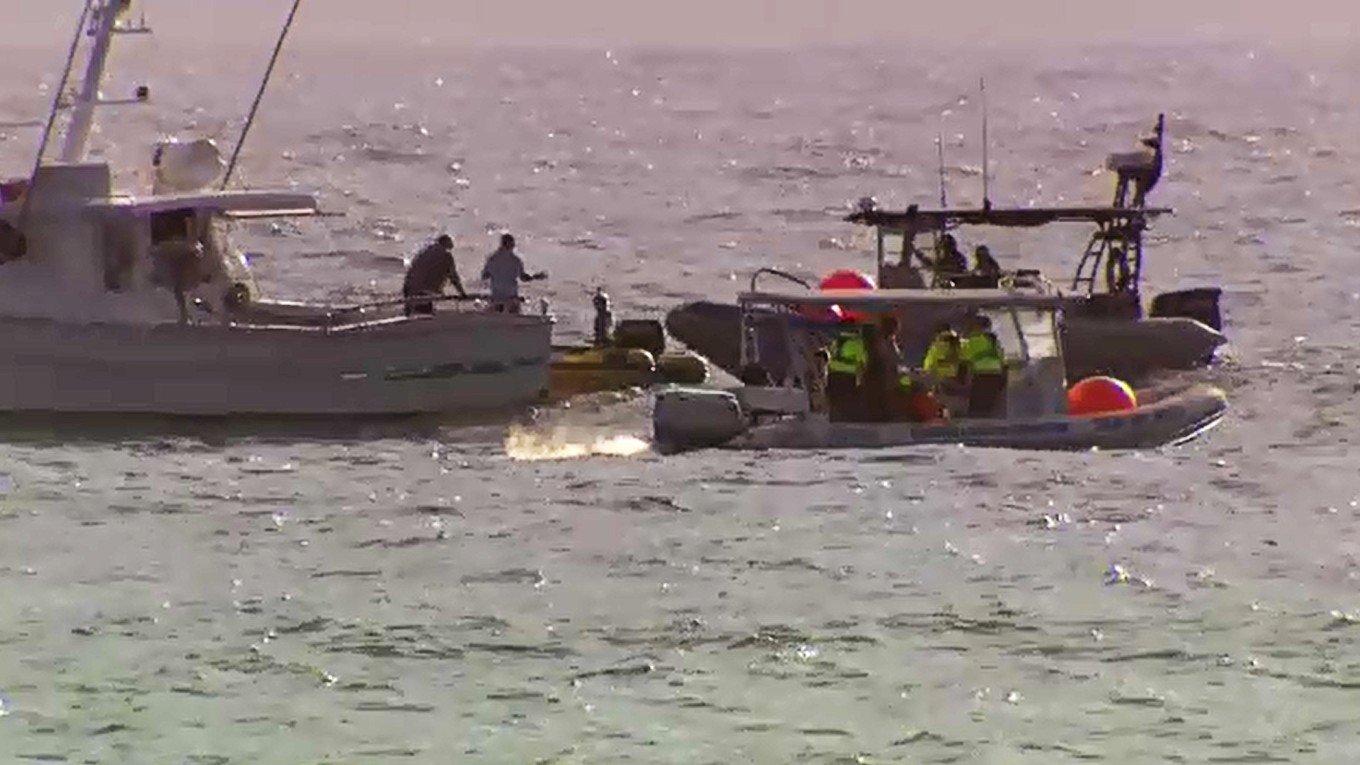 "Isn't there proof that we don't need these things anymore?" one surfer asked.

"The shark nets are merely a tourist attraction; they don't keep the sharks out," another local said.

"I don't believe they should be there."