Security at Parliament House and the Lodge has been bolstered in the wake of vandalism and protests by climate activists yesterday.

Seven people faced court after members of Extinction Rebellion set fire to a pram, graffitied buildings, and glued their hands to the forecourt of Parliament House.

A flare was also set off outside the Prime Minister's residence. 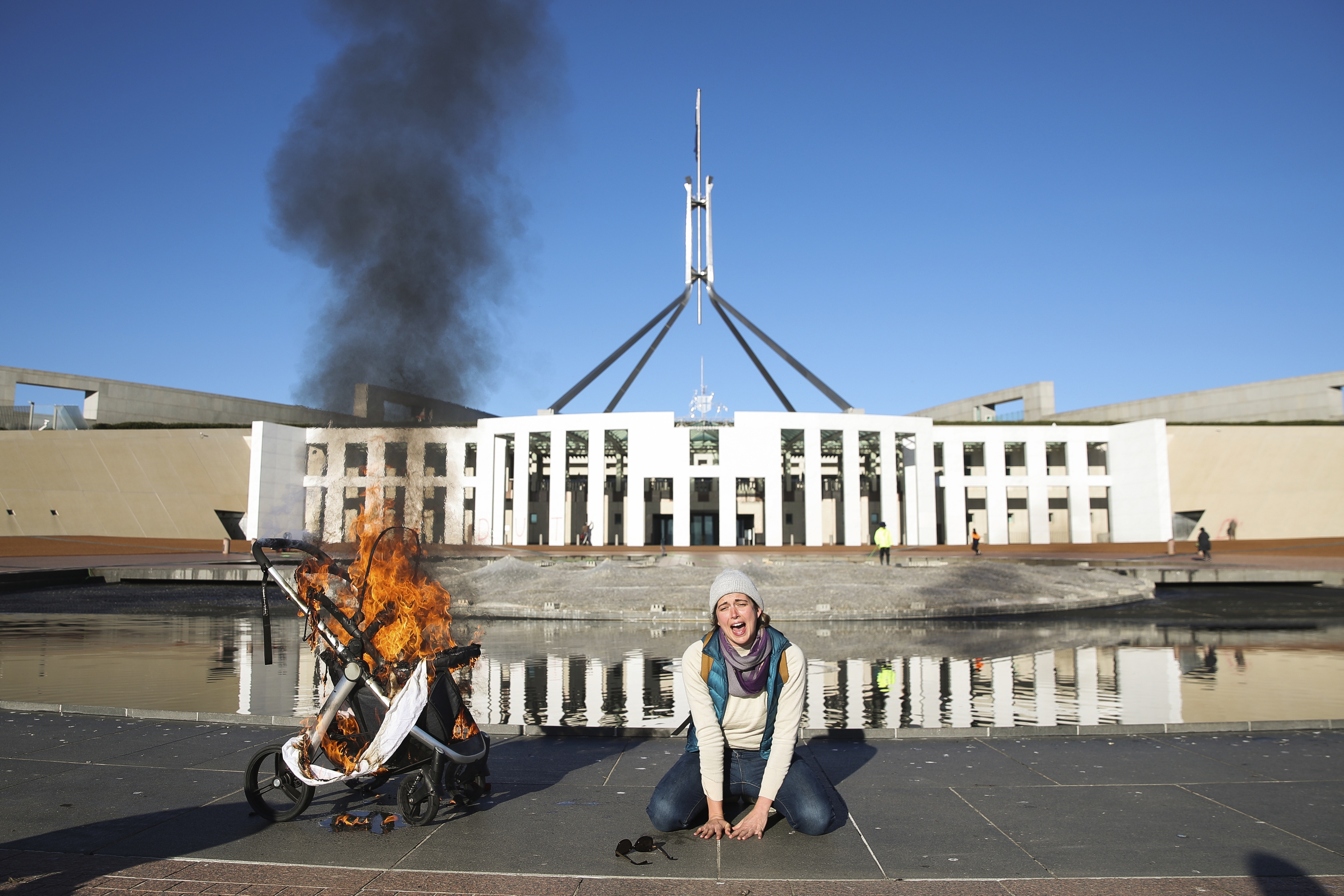 A spokesperson for the Australian Federal Police said it had "increased its resources … following the recent tactics used by this group in actively thwarting the security response".

Police said the members of Extinction Rebellion "coordinated their actions at Parliament House and the Lodge to gain maximum effect".

"In these situations, it is not possible to anticipate the location of protest activity when the group is so small and mobile," a spokesperson said.

One man managed to spray the words "duty of" on pillars outside Parliament House before officers on bikes detained him. Police said that person was arrested 70 seconds after they started spray painting the pillars.

"At the time the protest activity started, Protective Service Officers (PSO's) were attending to a person involved in an unrelated incident at another location at Parliament House," the spokesperson said.

But police would not say what that "unrelated incident" was. The spokesperson added, "The speed in which officers responded and contained the situation at Parliament House is an indication that security systems are working," a spokesperson for the Australian Federal Police said.

Police stressed individuals have a right to protest peacefully but said officers "will apprehend anyone conducting criminal activity".