There are more than 170 wildfires racing across Siberia and close to 3.3 million hectares burning as authorities let many of the infernos rage on untouched.

Smoke from the fires has reached the North Pole for the first time in recorded history and, put together, the inferno covers a larger area than all the other blazes around the world, the Washington Post reports.

In recent years, Russia has recorded high temperatures that many scientists regard as a result of climate change. 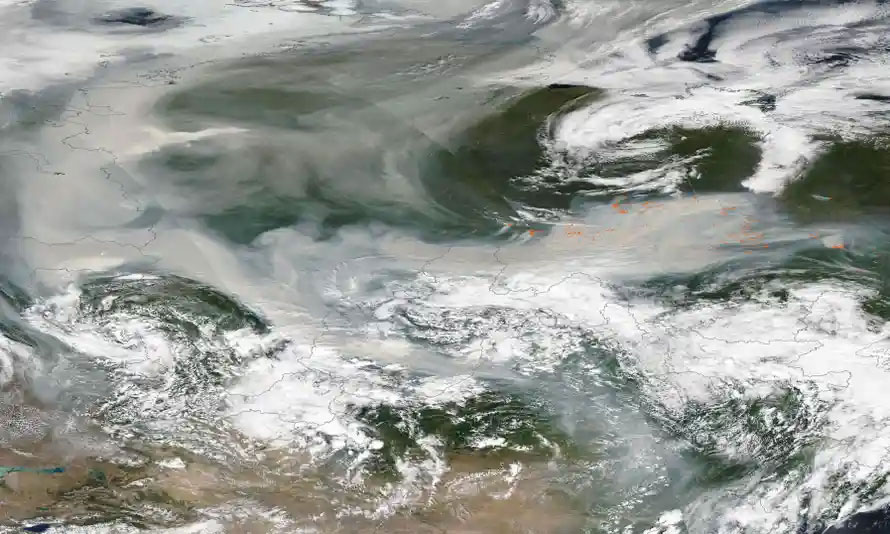 They argue the hot weather coupled with the neglect of fire safety rules has caused a growing number of fires.

The vastness of the landscape means many of the fires can burn without threatening homes and villages and laws allow local authorities not to intervene if the cost of fighting fires is greater than the damage caused.

The vast landscape of Russia's largest and coldest region – Yakutia-Sakha – has recorded high temperatures and drought and is one of the areas hardest hit this fire season.

There, authorities are battling wildfires that are threatening villages. Earlier this week, a dozen villages were under threat by the fires, according to the regional task force dealing with the emergency.

Local authorities were moving the residents of two villages, Kalvitsa and Kharyyalakh, to other inhabited areas as crews totalling 3600 people worked to contain about half of the blazes.

On Saturday, flames destroyed 31 houses and eight maintenance buildings in another village, Byas-Kuel, and about 400 residents were evacuated, local officials said.