A Sydney man has been charged after allegedly making threats online against NSW Police horses.

The 65-year-old man was arrested in Paddington yesterday after police investigating offences linked to an anti-lockdown protest in Sydney were directed to threats allegedly made on the website of a media outlet.

Police have seized electronic devices, a computer and mobile phones which will undergo forensic testing. 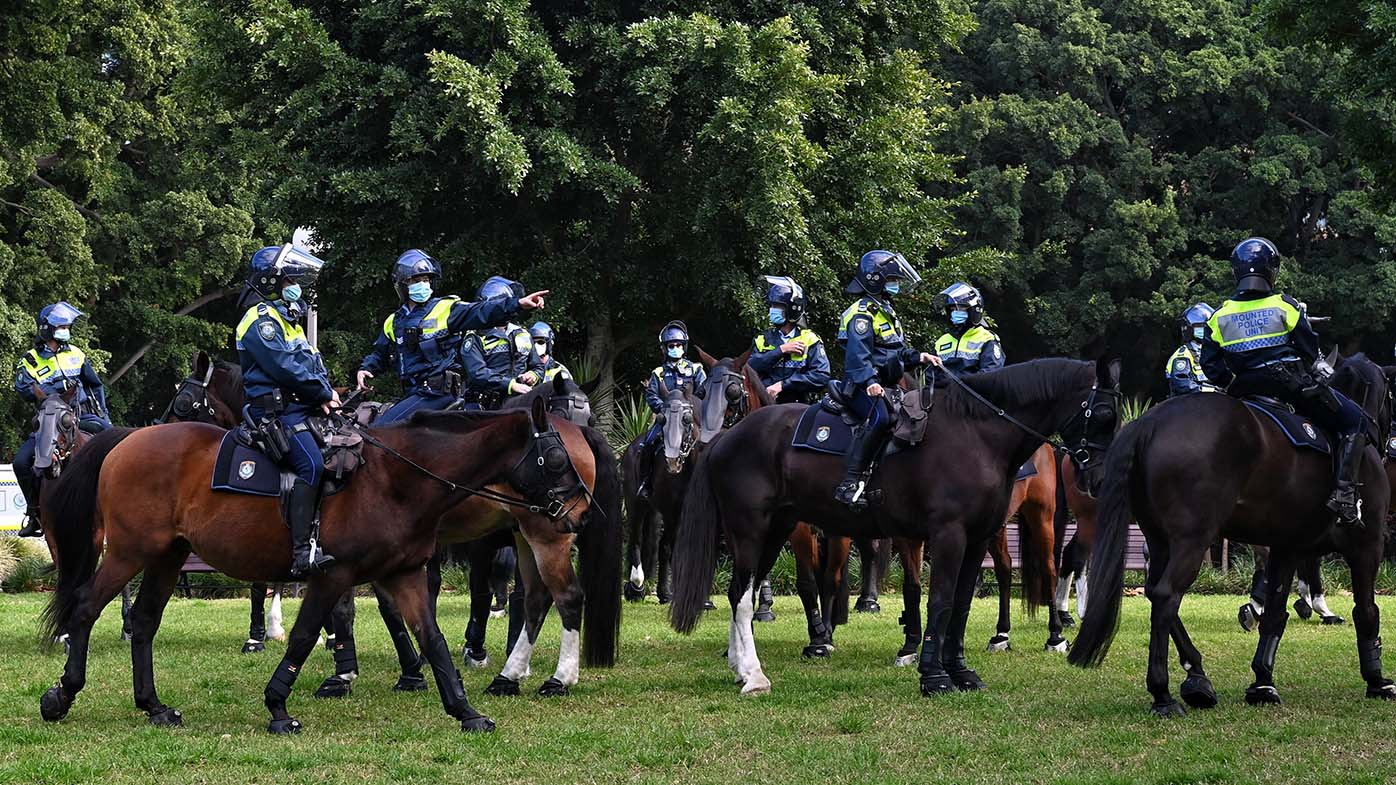 The man was taken to Surry Hills Police Station and charged with four counts of use carriage service to menace, harass, offend.

Strike Force Seasoned was set up to investigate those who committed offences linked to public health breaches after the protests, which saw thousands of people turn out and rally illegally in breach of stay at home orders

Police said more than 5,000 reports had been made by members of the public in relation to the protests, and that all would be investigated.