Lawyers acting on behalf of the US government on Wednesday challenged a British judge's decision to block the extradition of WikiLeaks founder Julian Assange to face espionage charges in the United States, arguing that assessments of Assange's mental health should be reviewed.

The British judge, Vanessa Baraitser, ruled in January that Assange was likely to kill himself if held under harsh US prison conditions. The US government is appealing.

Clair Dobbin, a lawyer who represented US authorities during a High Court preliminary hearing on Wednesday, argued that Assange does not meet the threshold of being "so ill" that he cannot resist harming himself. 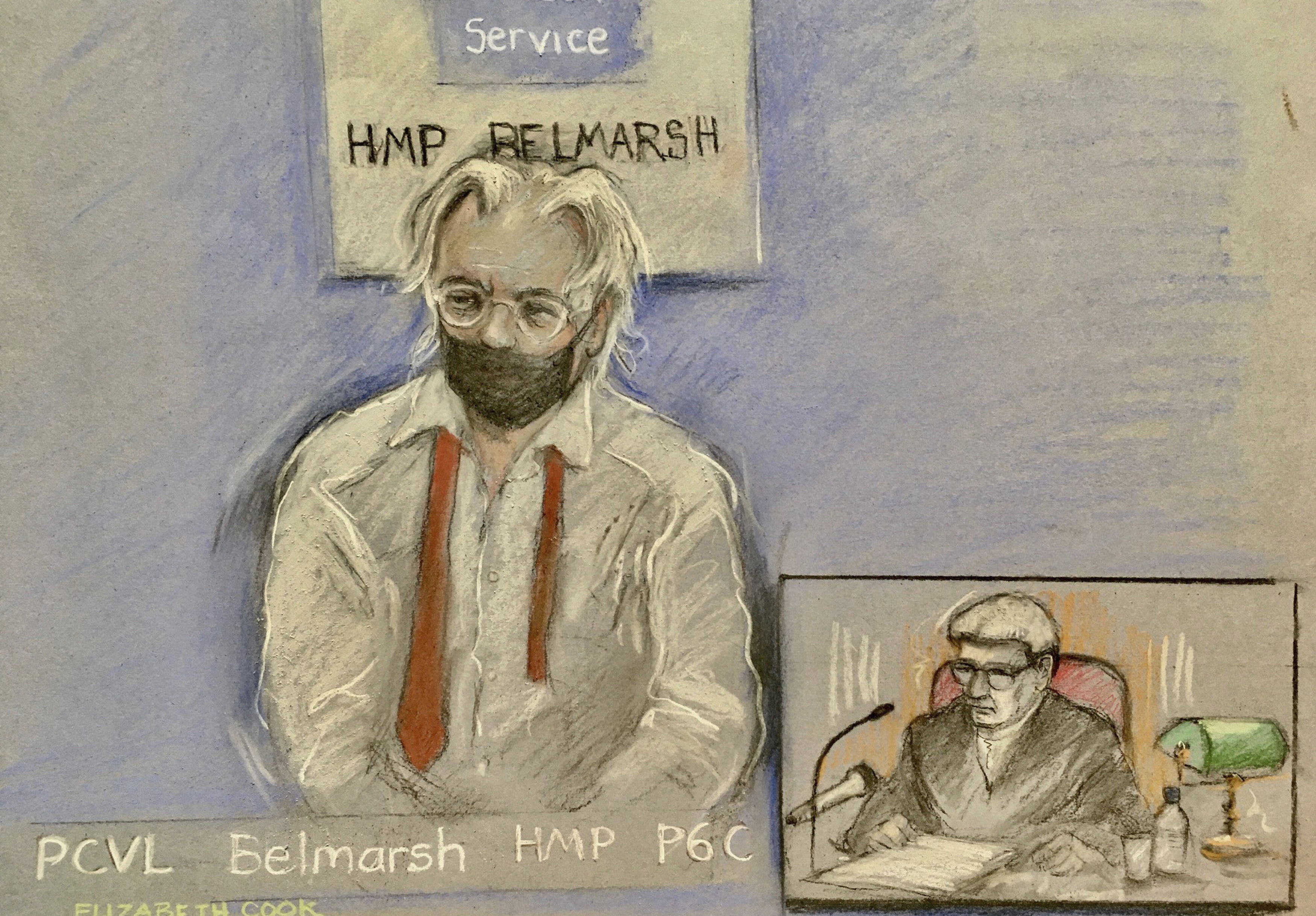 She said a decision not to prosecute or extradite an individual would require "a mental illness of a type that the ability to resist suicide has been lost." Assange's condition did not come close to being of that nature, and he has not made serious attempts on his life before, she argued.

She added that Assange "orchestrated one of the largest thefts of data in history."

On Wednesday, the 50-year-old Australian, wearing a dark face mask, listened in by video link from London's high-security Belmarsh prison, where he has been held since 2019.

Outside the court, Assange's partner, Stella Moris, described him as an "innocent man accused of practicing journalism." 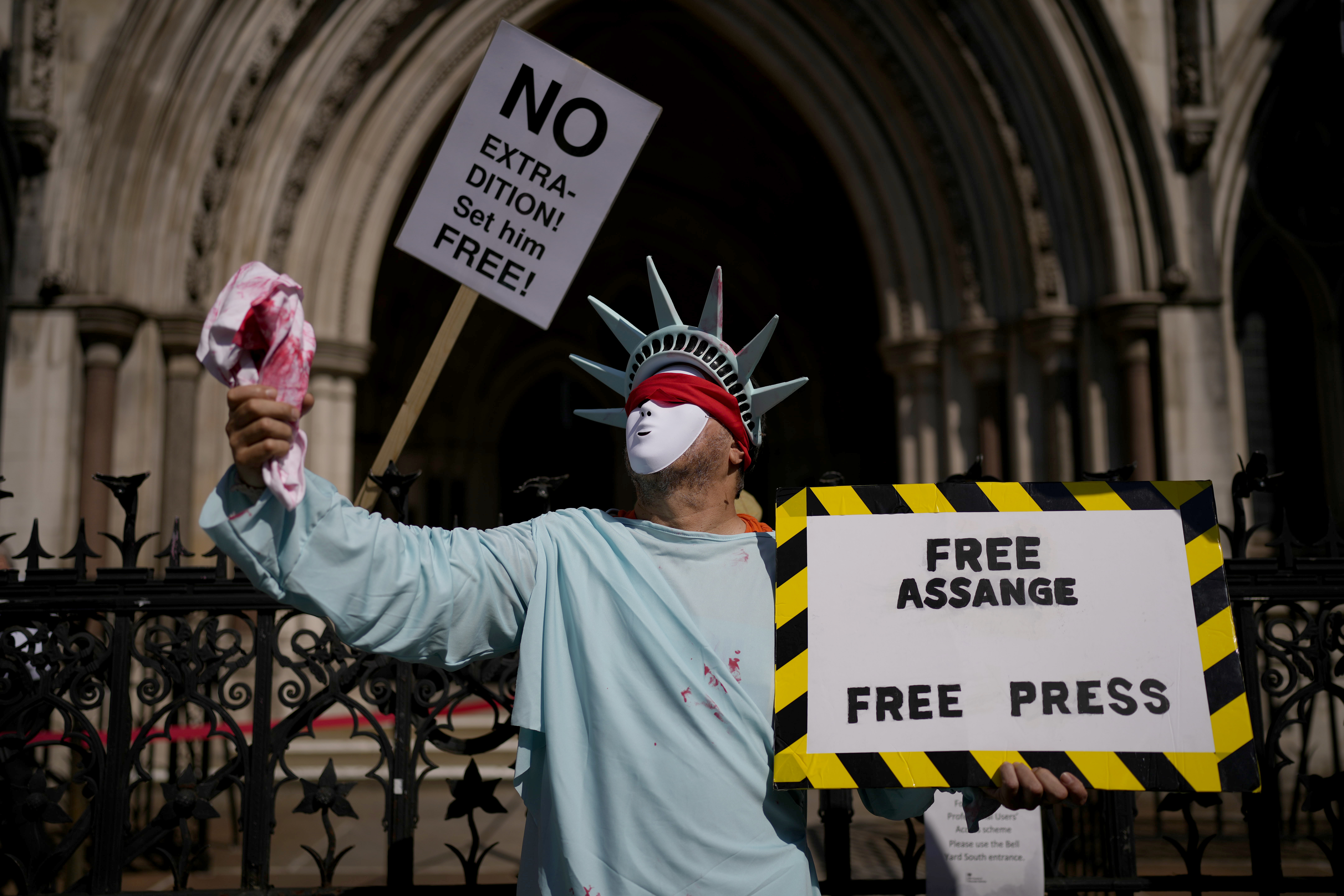 "For every day that this colossal injustice is allowed to continue, Julian's situation grows increasingly desperate," Moris, who has two young children with Assange, told his supporters and reporters.

"Julian has been denied the love and affection of his family for so long. Julian and the kids will never get this time back. This shouldn't be happening," she added.

A group of protesters, including Jeremy Corbyn, the former leader of Britain's opposition Labour Party, held placards reading "Journalism is not a crime" and shouted "Free Julian Assange!" to the beat of a drum as police looked on.

US prosecutors have indicted Assange on 17 espionage charges and one charge of computer misuse over WikiLeaks' publication of thousands of leaked military and diplomatic documents a decade ago. The charges carry a maximum sentence of 175 years in prison. 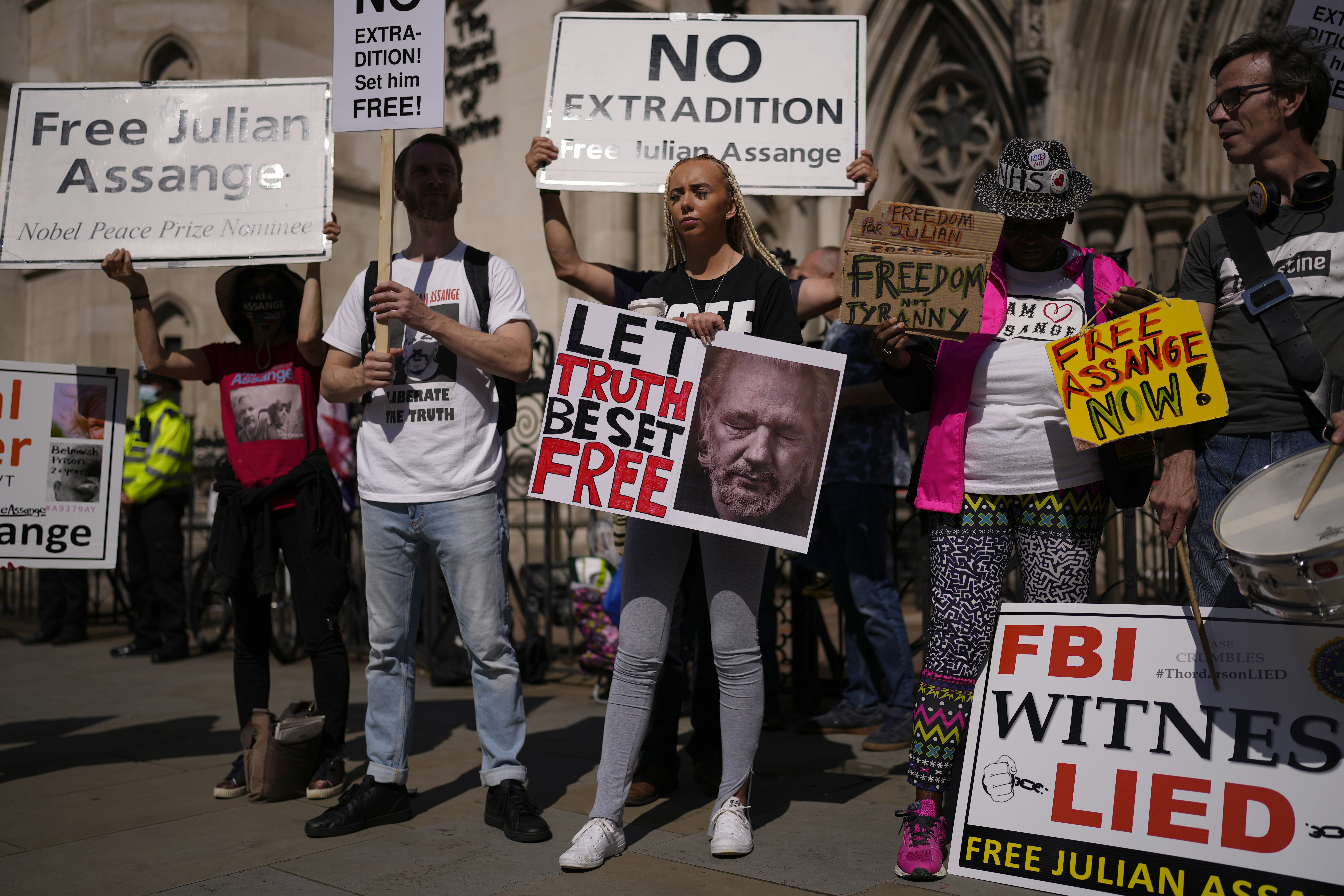 In January, Baraitser, the district judge, accepted evidence from expert witnesses that Assange had a depressive disorder and an autism spectrum disorder. She agreed that US prison conditions would be oppressive, saying there was a "real risk" he would be sent to the Administrative Maximum Facility in Florence, Colorado, the highest security prison in the US.

But she rejected defense arguments that Assange faces a politically motivated American prosecution that would override free-speech protections. She said the U.S. judicial system would give him a fair trial. 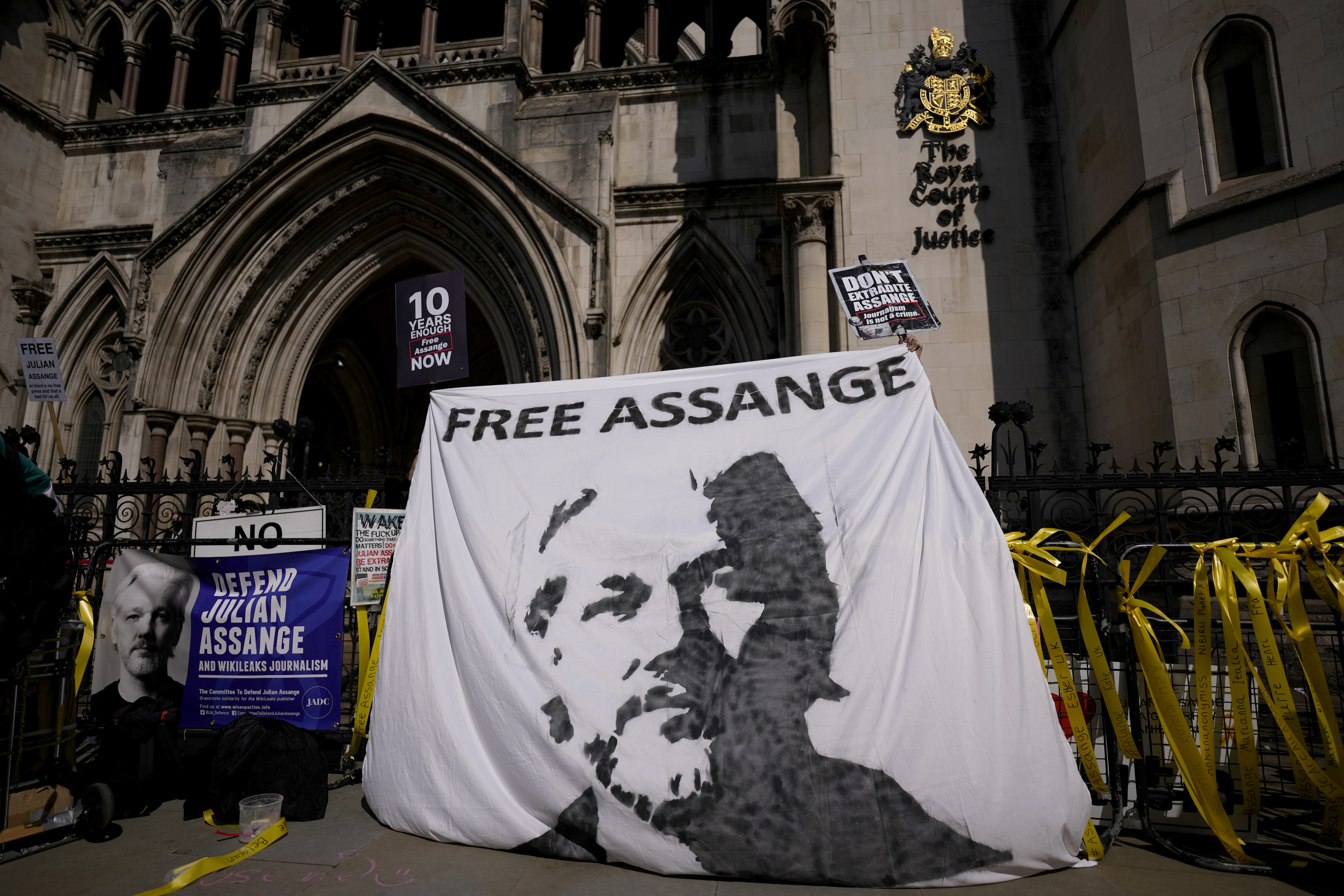 Supporters and lawyers for Assange argue that he was acting as a journalist and is entitled to First Amendment protections of freedom of speech for publishing documents that exposed U.S. military wrongdoing in Iraq and Afghanistan.

Lawyers for the US government, however, have said the case is largely based on "his unlawful involvement" in the theft of the diplomatic cables and military files by US Army intelligence analyst Chelsea Manning.

Assange was arrested in London in 2010 at the request of Sweden, which wanted to question him about allegations of rape and sexual assault made by two women. In 2012, Assange jumped bail and sought refuge inside the Ecuadorian Embassy in London, where he remained holed up for the next seven years. 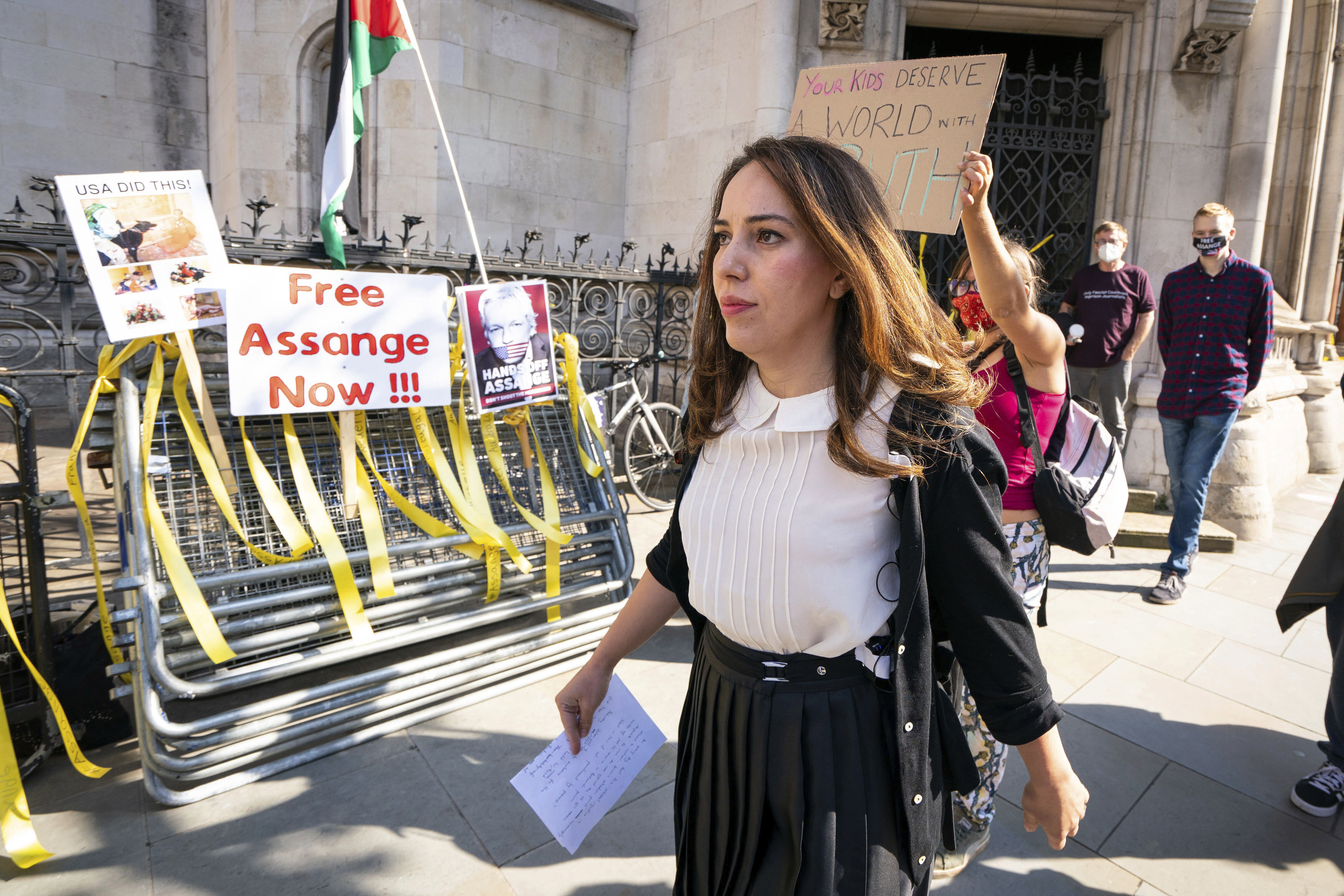 Ecuador withdrew the asylum it had granted him in 2019 and he was then immediately arrested for breaching bail. Sweden dropped the sex crimes investigations in November 2019 because so much time had elapsed.

Dobbin, presenting the US government, said Wednesday that the need to scrutinise January's ruling was "substantially increased" given the "extraordinary lengths" Assange had already gone to in order to avoid extradition.

"He was willing to break the law and no cost was too great, both in terms of the cost of policing his being in the embassy and of course the cost to himself," she said.

A decision was not expected Wednesday.