With security rapidly deteriorating in Afghanistan, the United States is sending additional troops into the country to help evacuate some personnel from the embassy in Kabul, a US official says.

The troops would provide ground and air support for the processing and security of Americans being sent to the Kabul airport, the official, who spoke on condition of anonymity in order to discuss a plan not yet made public, said on Thursday (early Friday AEST).

The move suggests a lack of confidence by the Biden administration in the Afghan government's ability to provide sufficient diplomatic security in the capital as the Taliban mounts an offensive that has rapidly conquered key cities in recent days. 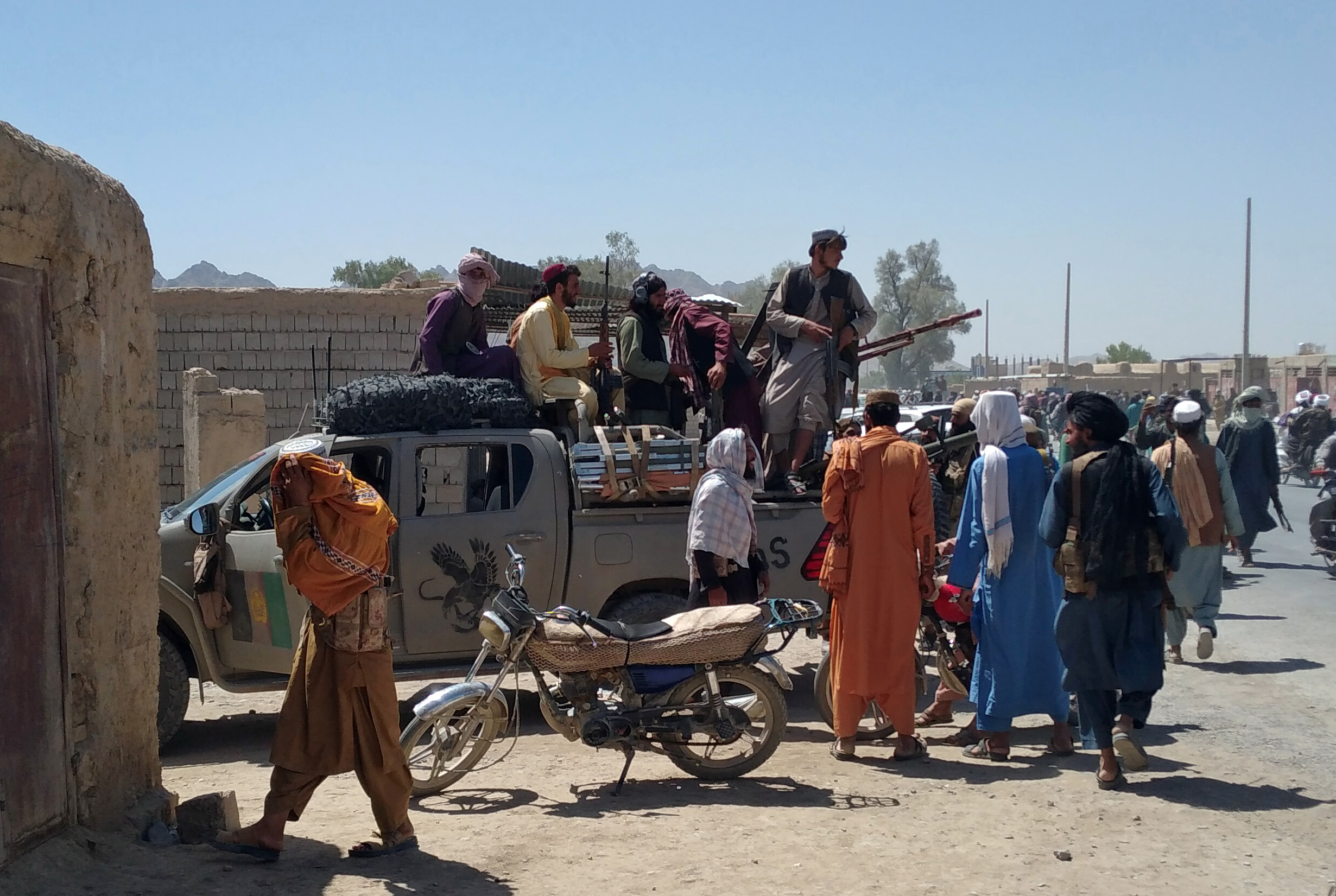 The Pentagon had kept about 650 troops in Afghanistan to support US diplomatic security, including at the airport.

The official said an unspecified additional number of troops, as well as aircraft, were to be brought in to assist with the embassy drawdown.

The Taliban captured Afghanistan's third-largest city and a strategic provincial capital near Kabul on Thursday, further squeezing the country's embattled government just weeks before the end of the American military mission there.

The seizure of Herat marks the biggest prize yet for the Taliban, which has taken 11 of Afghanistan's 34 provincial capitals as part of a weeklong blitz.

Taliban fighters rushed past the Great Mosque in the historic city — which dates to 500 BC and was once a spoil of Alexander the Great — and seized government buildings.

Witnesses described hearing sporadic gunfire at one government building while the rest of the city fell silent under the insurgents' control.

The capture of Ghazni, meanwhile, cuts off a crucial highway linking the Afghan capital with the country's southern provinces, which similarly find themselves under assault as part of an insurgent push some 20 years after US and NATO troops invaded and ousted the Taliban government.

While Kabul itself isn't directly under threat yet, the losses and the battles elsewhere further tighten the grip of a resurgent Taliban, which is estimated to now hold more than two-thirds of the country and is continuing to pressure government forces in several other provincial capitals.

Thousands of people have fled their homes amid fears the Taliban will again impose a brutal, repressive government, all but eliminating women's rights and conducting public amputations, stonings and executions.

Peace talks in Qatar remain stalled, though diplomats met throughout the day.