As the coronavirus surges again in the US, scientists have found another disaster is playing a key role in the number of people who contract severe COVID-19 cases and how many die: wildfires.

A new study published in the journal Science Advances found that increases in fine particulate matter from wildfire smoke in 2020 led to a surge in COVID-19 cases and deaths in California, Oregon and Washington.

"Fine particulate matter air pollution can be an additional vehicle for spreading the virus even faster," Francesca Dominici, co-author of the study and professor of biostatistics, population and data science at Harvard TH Chan School of Public Health, told CNN. 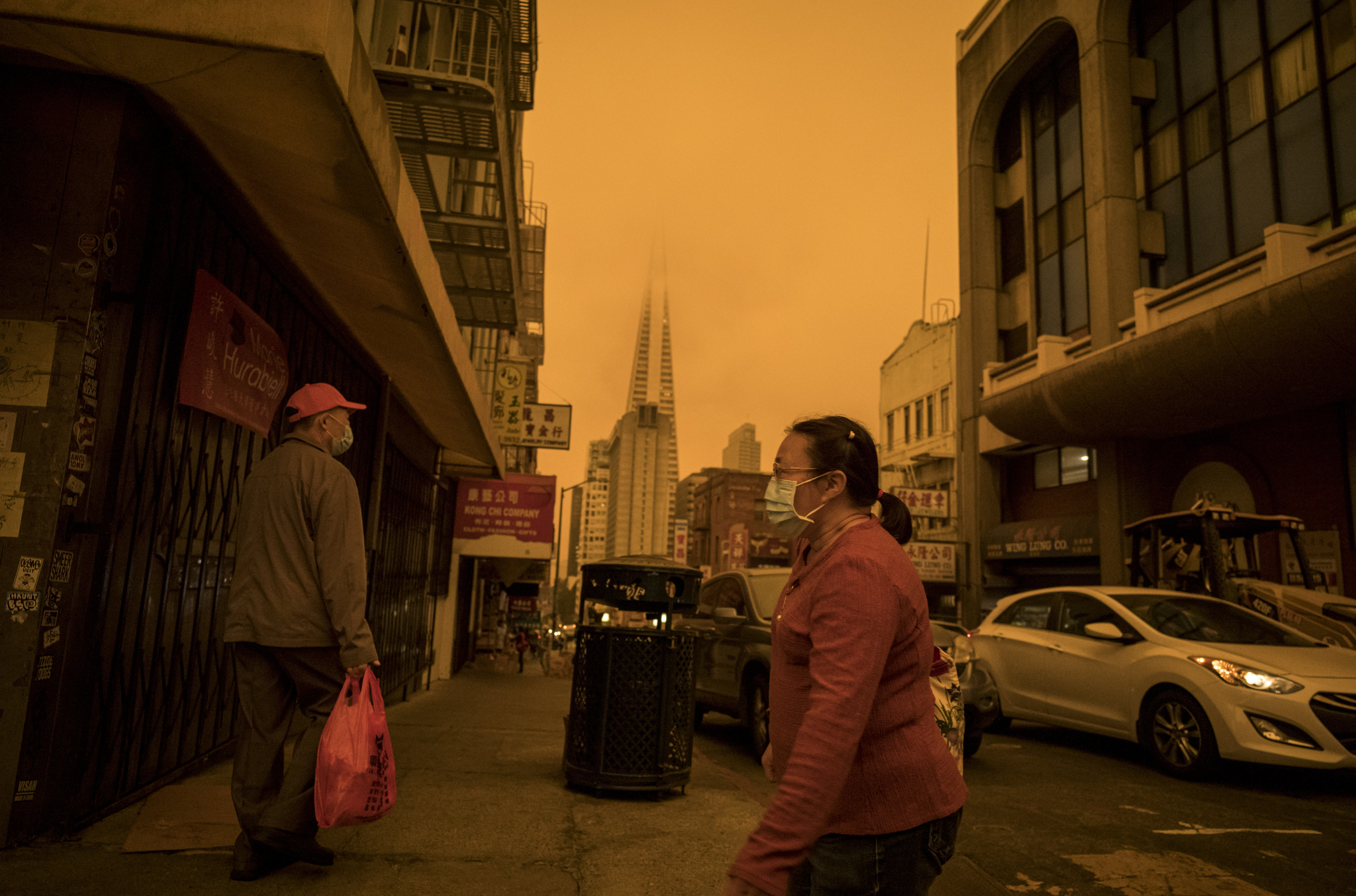 "Considering that we are seeing an increased risk of cases from the Delta [variant] and we already have the wildfires, that's going to be concerning."

Fine particulate matter, or PM 2.5, is among tiniest yet also the most dangerous pollutants. When inhaled, it travels deep into lung tissue where it can enter the bloodstream.

PM2.5 comes from other sources like fossil fuel plants, cars and agriculture, and is linked to a number of health complications: asthma, heart disease, chronic bronchitis, and other respiratory illnesses — all underlying conditions that make people vulnerable to severe outcomes from COVID-19.

Dr Albert Rizzo, chief medical officer at the American Lung Association, who was not involved in the new study, said that air pollution from wildfire smoke is likely causing inflammation in the lungs.

READ MORE: Victoria's bold vaccine plan to get 'a million jabs into a million arms'

"The particulate matter is what leads the airways to be a very fertile ground for uninvited infection like the COVID virus to get into our airway," Dr Rizzo told CNN.

"The immune system is only geared up to try to fight the effects of a particulate matter and now it has a virus that it has to trigger against as well." 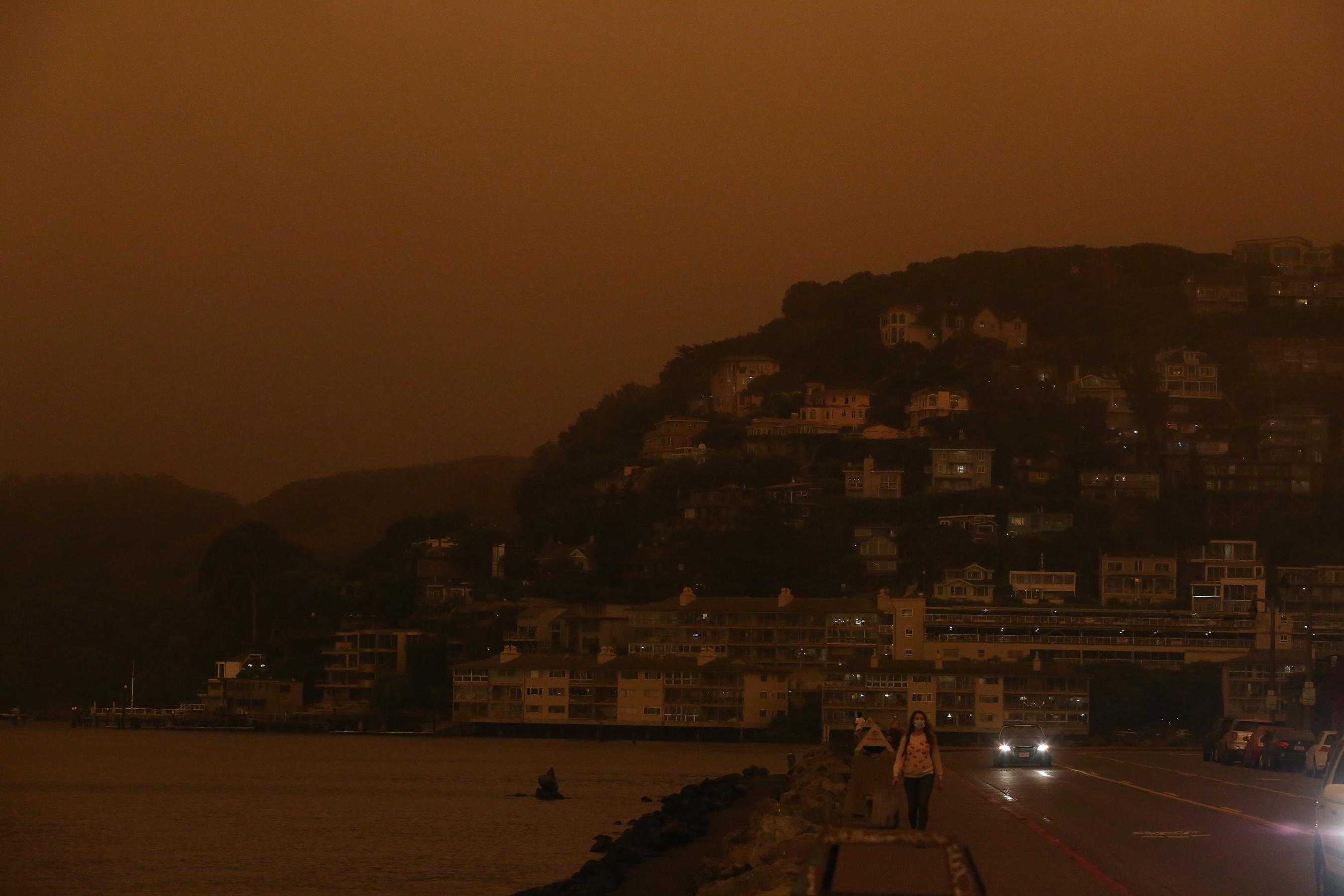 "Right now, considering that we are seeing an increase in risks and cases due to the Delta variant, and we're already getting wildfires, that's going to be concerning," she said.

2020 was a historic wildfire season, scorching more than 10 million acres across the Western states of the US.

While the direct death toll from the fires was at least 43, researchers at Stanford University in September estimated roughly 1200 to 3000 excess deaths in California from inhaling wildfire smoke, or PM 2.5.

The effects of the 2021 Western wildfires have become so far-reaching that not only did the smoke drift and became visible across the country as far as New York, but the fires have been exhibiting extreme fire behavior, such as rotational patterns within the fire, or producing rare, towering clouds.

The Harvard study looked at 92 counties in California, Oregon, and Washington impacted by wildfire in 2020.

READ MORE: Expectant Melbourne couple plead to be able to return from US

Using satellite images for the fires and public data on COVID-19 cases and deaths in the three Western states, researchers found that in the majority of the counties they studied, there was strong evidence that the more smoke and soot there was, the more there were cases and deaths from COVID-19.

If PM 2.5 levels stayed higher for 28 days in a row, cases rose by nearly 12 percent and deaths by more than eight percent.

"This is a very important study," Donghai Liang, professor of environmental health at Emory University, who was not involved in the study, told CNN.

"This is among those first studies that really report the link between particulate matter coming out of the 2020 wildfires in the United States and how they contribute to the exacerbation on COVID-19 cases and deaths." 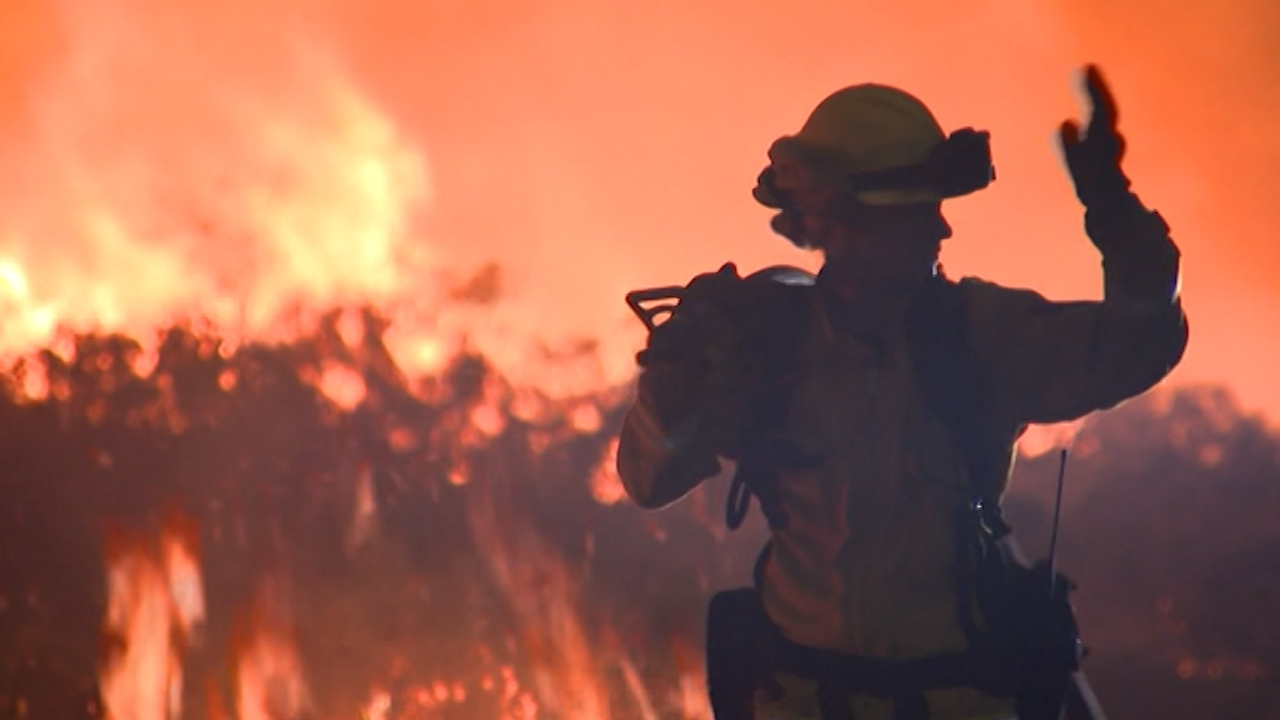 "Even without COVID, we've been concerned that climate change that leads to hotter environments, and droughts, is fodder for wildfires to occur," Dr Rizzo said.

"Then you add the wildfire ash and soot to the air quality, it does make respiratory issues much more likely to occur."

Several studies have shown that short-term PM 2.5 exposure from wildfire smoke has led to increase in emergency department visits and hospitalizations.

"When you have a [wildfire] episode, we will see a huge increase in hospitalization for respiratory conditions or cardiovascular conditions – and that's mostly the smoke, which is constituted mostly by PM 2.5," Dr Benmarhnia said.

Certain communities are also at higher risk from exposure to wildfire smoke, including people with heart or lung disease, the elderly, the houseless, children and babies.

In a separate study published in April, Dr Benmarhnia and his colleagues found that wildfire smoke is sending children ages 19 and younger to emergency rooms with respiratory problems at higher rates than ever before.

"Kids inhale way more air than us, and their respiratory system is still being developed," he said.

"So they're way more vulnerable than adults and it could be a very dangerous situation."

It's not just the toxicity of wildfire smoke, but also what the fire burns. Once the fire reaches a community and chars houses, it burns materials such as plastic that contain hazardous chemicals.

But unlike the smoke, Dr Benmarhnia said, the toxic emissions are not transported as far away, making it a problem for local communities.

As wildfires intensify, Professor Dominici says she hopes that the study will push more people to act on environmental justice for communities most impacted and also the climate crisis at large.

"I hope that by showing how catastrophic the combination of wildfires and COVID-19 is, this will be an additional piece of evidence for increasing the emergency of combating climate change," Professor Dominici said.