When Hetty Green turned 20 in 1884 her wealthy father bought her a wardrobe full of fancy and expensive dresses so she could attract a rich suitor.

She promptly sold them all and bought government bonds with the proceeds. Or so the story goes.

A shrewd investor known for her frugal eccentricities, Green went on to amass an eye-watering fortune in a man's world, becoming one of the richest people in America.

At the time of her death in 1916, she had grown the $7-10 million she inherited from her family's shipping and whaling interests to a staggering $100 million, Ellen Terrell, from the Library of Congress writes.

It's estimated her fortune would have been worth about $2 billion in today's US dollars.

READ MORE: The wealthiest people in the history of the world 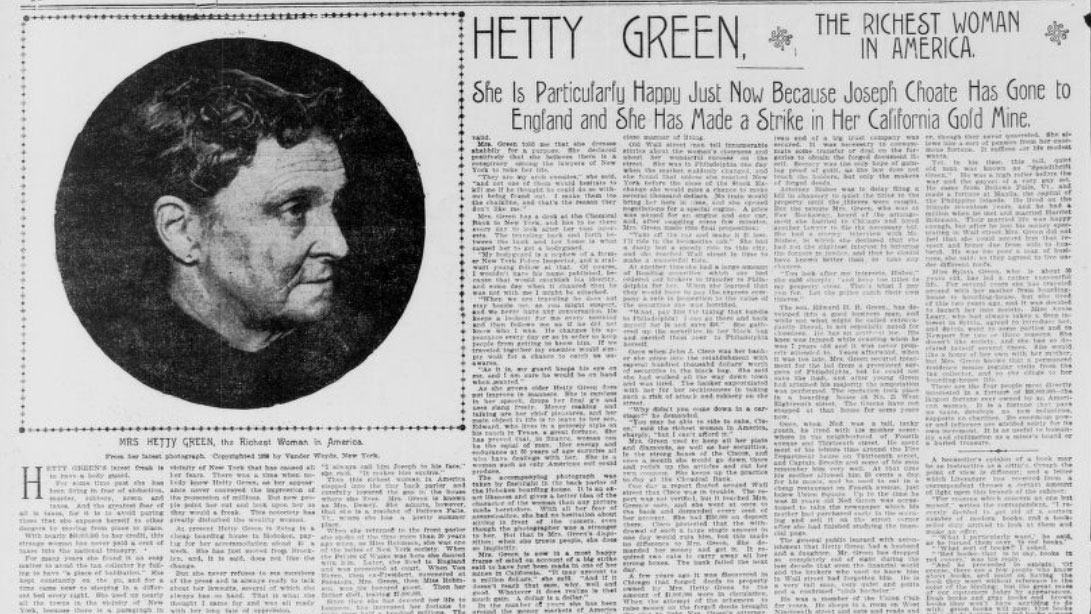 Her business savvy put her amongst the wealthiest financial tycoons of the time; Russell Sage, JP Morgan and John D. Rockefeller.

"Hetty Green didn't buy stocks on margin. She invested in real estate and bonds, railroads and mines. She bought cheap, sold dear and kept her head during financial panics. In 1907 she bailed out the City of New York when the banks wouldn't," the New England Historical Society writes.

Despite being almost single-mindedly preoccupied with making money, Green married when she was 33 and had a family. She wed a wealthy Vermont man, Edward Henry Green. But the ceremony did not go ahead until he had signed a pre-nup, an almost unheard of stipulation at the time.

The couple had two children, and Green's son Edward was groomed by her to take over the family business.

It was after her husband died young that Green began appearing on the streets of New York swathed in black, according to the 1936 book The Witch of Wall Street. 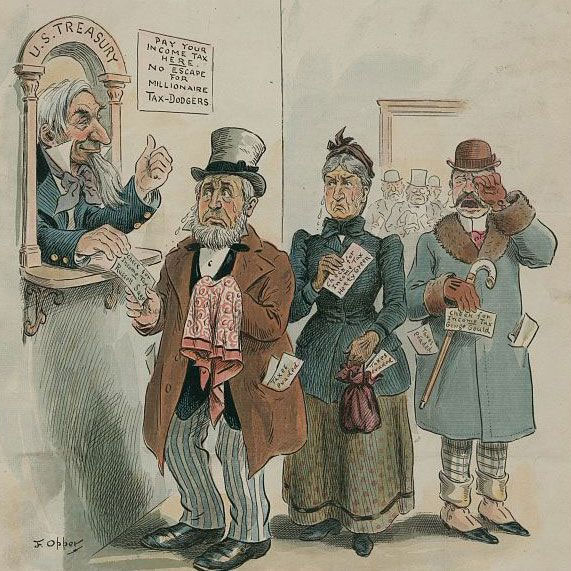 Authors Boyden Sparkes and Samuel Taylor Moore believe this is where she may have got her name.

"When Mrs. Green next appeared in New York she was wearing her mourning and for years thereafter she was never seen on the street except with a heavy swathing of black veil," the pair wrote.

Raised in the austere Quaker tradition, Green spent her adult life taking humble to the next level.

She developed a reputation for living like a pauper, with the newspapers of the time taking great delight in reporting on her bizarrely frugal ways.

"She always wore an old black dress, walked blocks to buy broken cookies in bulk and once spent hours looking for a two-cent stamp," the New England Historical Society writes.

Green was known to live with her family in cheap apartments across Brooklyn and New Jersey, and moved often in what was thought of as a way of avoiding establishing a residence and paying taxes.

An article in the San Francisco Call from 1899 even hinted that her son ended up having to have his leg amputated after an injury because his mother would not pay for proper medical care. 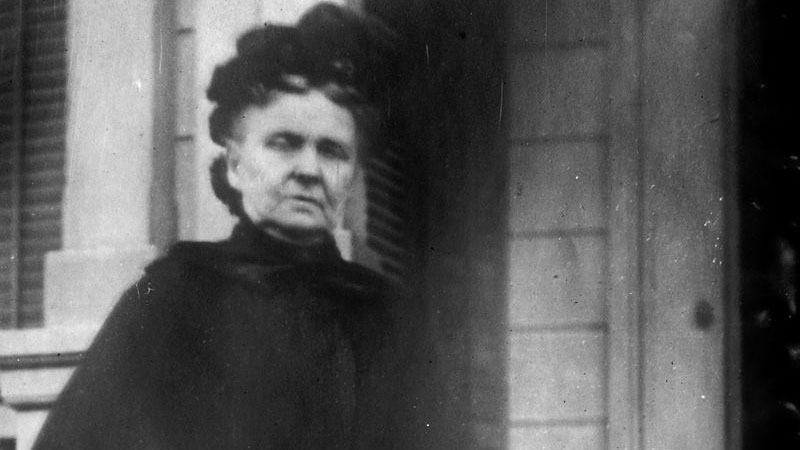 Many other newspaper articles were devoted to Green's legal tussles surrounding her aunt's will.

A 1910 article in the Salt Lake Herald Republican reported that Green had tried to forge her aunt's will but lost the court case, Terrell writes.

However, it is not known how accurate the newspaper reports detailing Green's life were. Undoubtedly many were coloured by the prejudices of an era that did not take kindly to women flouting conventions and showing men up in the world of finance.

The New England Historical Society suggests the reports about Green's son's leg were an exaggeration and she did take him to see many doctors.

Many of her charitable donations also received scant attention and she reportedly did not seek any.

"She loaned money at below-market rates to at least 30 churches. According to her son, she secretly gave many gifts to charitable causes and supported at least 30 families with regular incomes," the historical society writes.

Perhaps she was not so much of a witch after all.