A series of artworks that have appeared along the east coast of England have been confirmed to be the work of mysterious street artist Banksy.

People have been flooding in from all around to see the pieces, which began appearing a week ago around the regions of Great Yarmouth, Gorleston and Cromer, Norfolk; and Lowestoft and Oulton Broad in Suffolk.

Although the works are undoubtedly painted in Banksy's trademark style, combining satirical street art, dark humour and graffiti using stencilling, they were not confirmed by the artist until yesterday via his official Instagram.

READ MORE: Is Banksy behind this prison-escape mural on the wall of a notorious British jail?

The first mural features a couple appearing to dance atop a bus shelter, accompanied by a man playing an accordion appears on Admiralty Road in Great Yarmouth. 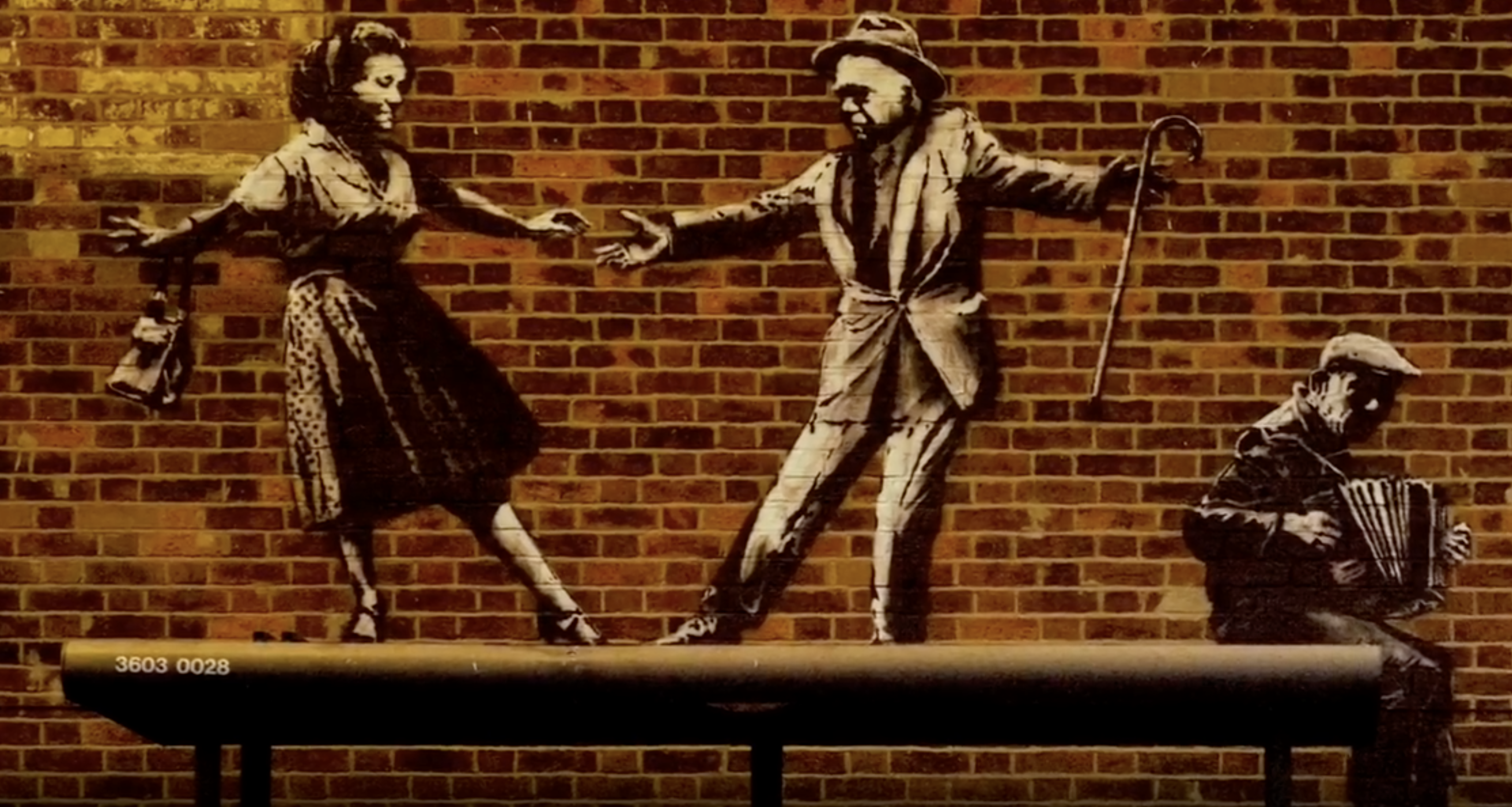 The second features arcade-style toy-grabbing crane in Gorleston, and a child holding a crowbar in Lowestoft.

Another shows three children in a boat in front of the words "we're all in the same boat".

The famously secretive artist, who has never officially revealed himself to the public, is responsible for dozens of artworks on streets, walls, and bridges across England and throughout the world.

Earlier this year, an artwork depicting a prisoner's daring escape appeared on the wall of a British jail. 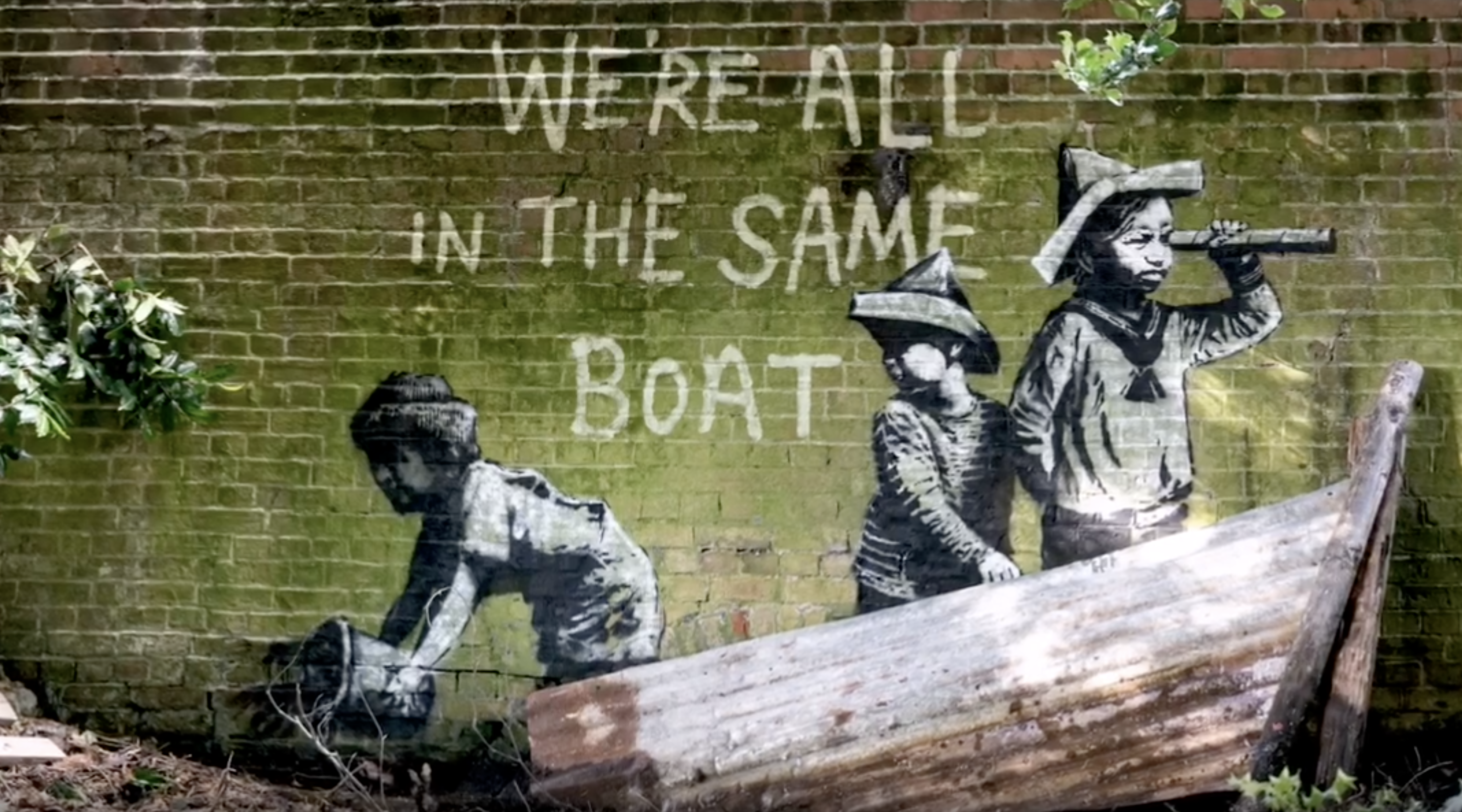 The mural shows a prison inmate making an escape from Reading Prison, a disused institution in southern England that once held the Irish poet Oscar Wilde.

In 2020, Banksy showed his support for the Black Lives Matter movement with a new piece of art and a stark message: "People of Colour are being failed by the system".

The work, also unveiled in an Instagram post, depicts how George Floyd's death shook the US and the word.