A warehouse where fuel was illegally stored exploded in northern Lebanon early Sunday, killing 20 people and burning dozens more in the latest tragedy to hit the Mediterranean country in the throes of a devastating economic and political crisis.

It was not immediately clear what caused the explosion near the border with Syria.

Fuel smuggling operations have been ongoing for months. 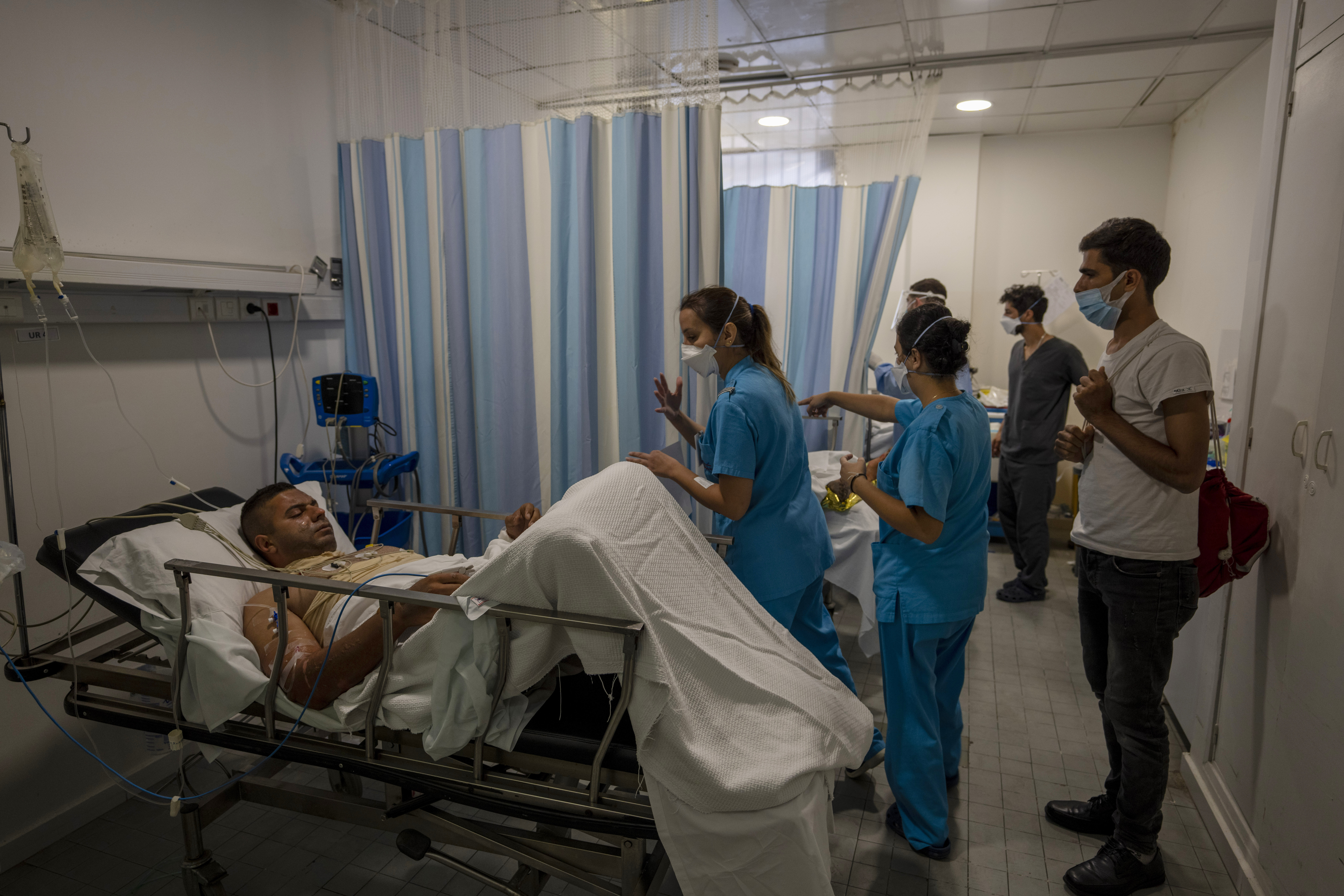 The Lebanese Red Cross said a fuel tanker exploded and its teams recovered 20 bodies from the site in the border village of Tleil.

In a statement, it said it evacuated 79 people who were injured or suffered burns in the blast.

Hours after the blast, Lebanese Red Cross members were still searching the area for more victims as Lebanese soldiers cordoned the area.

A Lebanese military official said the explosion occurred after the army confiscated a warehouse in Tleil where about 60,000 litres of gasoline were stored and the order was given to distribute the fuel to residents of the area. Residents had gathered to acquire the scarce commodity, available only on the black market at exorbitant prices or not at all.

It was not clear what caused it, the official said told The Associated Press.

He spoke on the condition of anonymity in line with regulations.

Outside the Salam hospital in the northern city of Tripoli, a woman collapsed after she was told her son succumbed to his wounds. 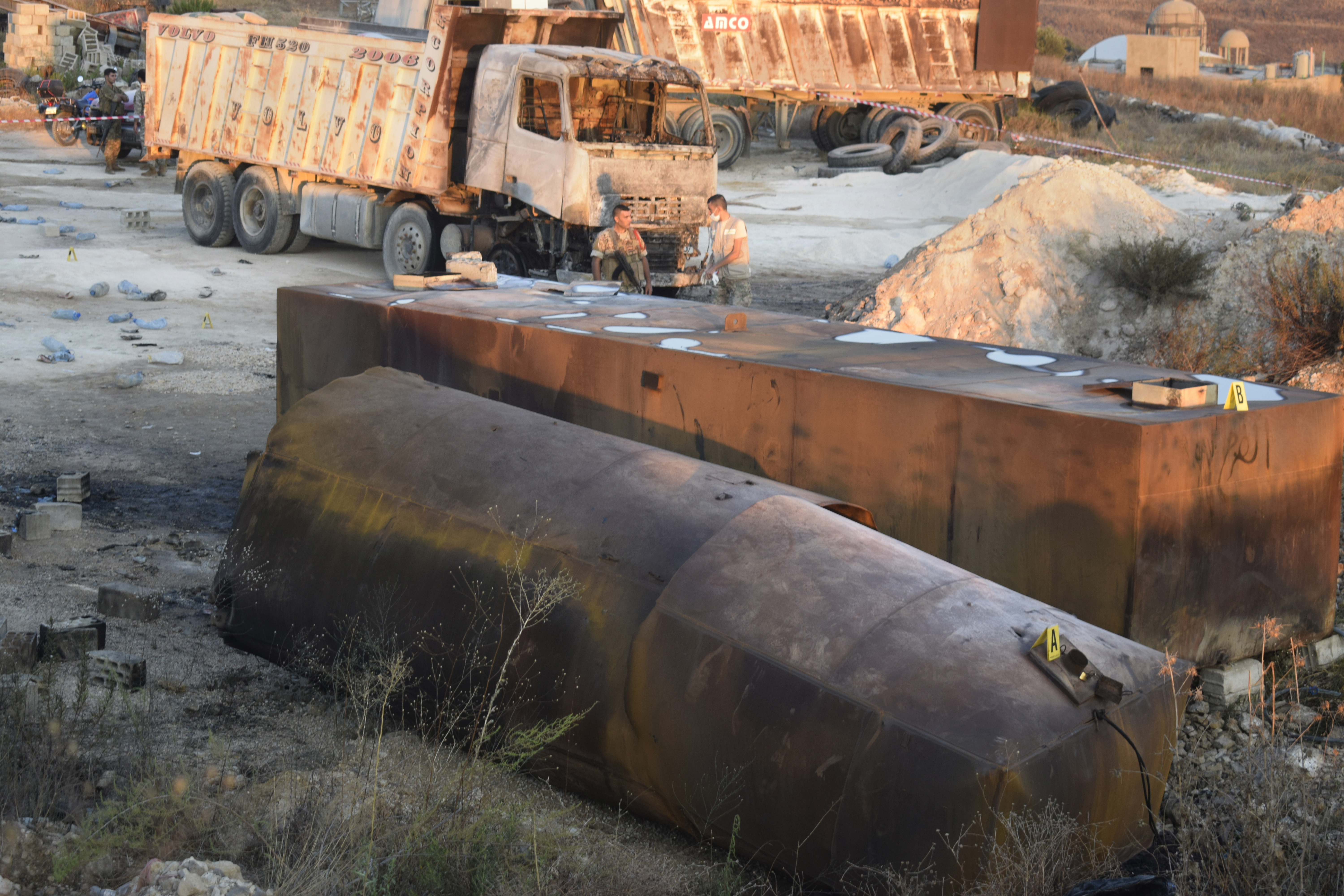 "Oh my God. He has little kids," said the woman as she wept.

"Why did you leave me Ahmad?"

A young man standing nearby cried: "We will go to your homes and burn you there," a reference to Lebanon's political leaders, blamed for decades of corruption and mismanagement that has led the country to bankruptcy.

At a hospital in Beirut, where some of the burn victims were brought, Marwa el-Sheikh from Tleil was waiting for word about her brother who was being treated for burns, and her brother-in-law, a retired soldier, who was still missing. "Some people were burned beyond recognition," she told the AP.

"They are the victims of the shortcomings and carelessness of our politicians who led us to this."

A night-time video circulating online showed residents gathered at the site before the explosion, filling up gallons with fuel.

AP footage showed the charged remains of what appears to be part of a tanker that exploded. 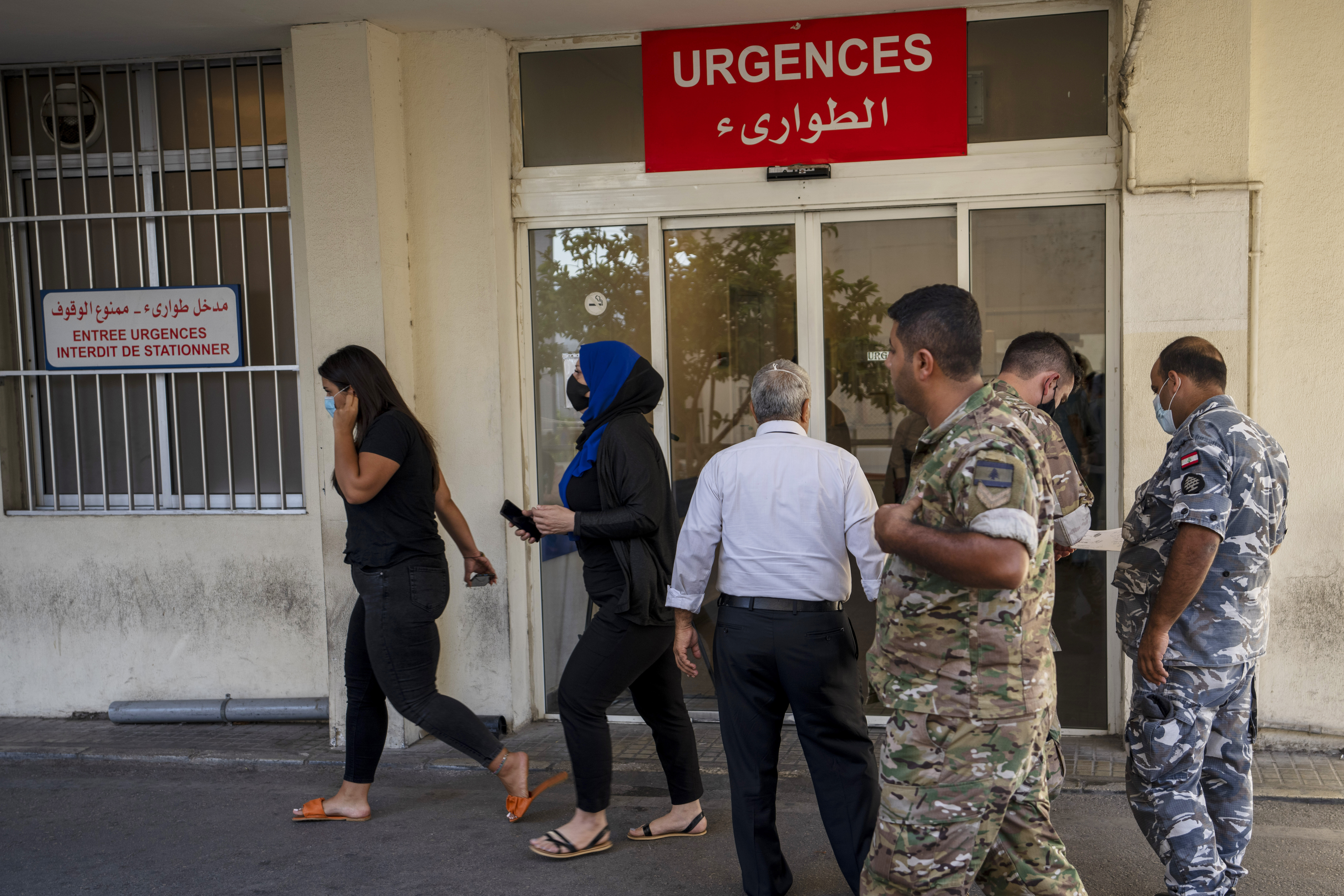 Lebanese soldiers, a Red Cross vehicle and other trucks could be seen in the area.

The explosion comes as Lebanon faces a severe fuel shortage that has been blamed on smuggling, hoarding and the cash-strapped government's inability to secure deliveries of imported fuel.

The shortages have paralysed the country long dependent on private generators to light up their homes. 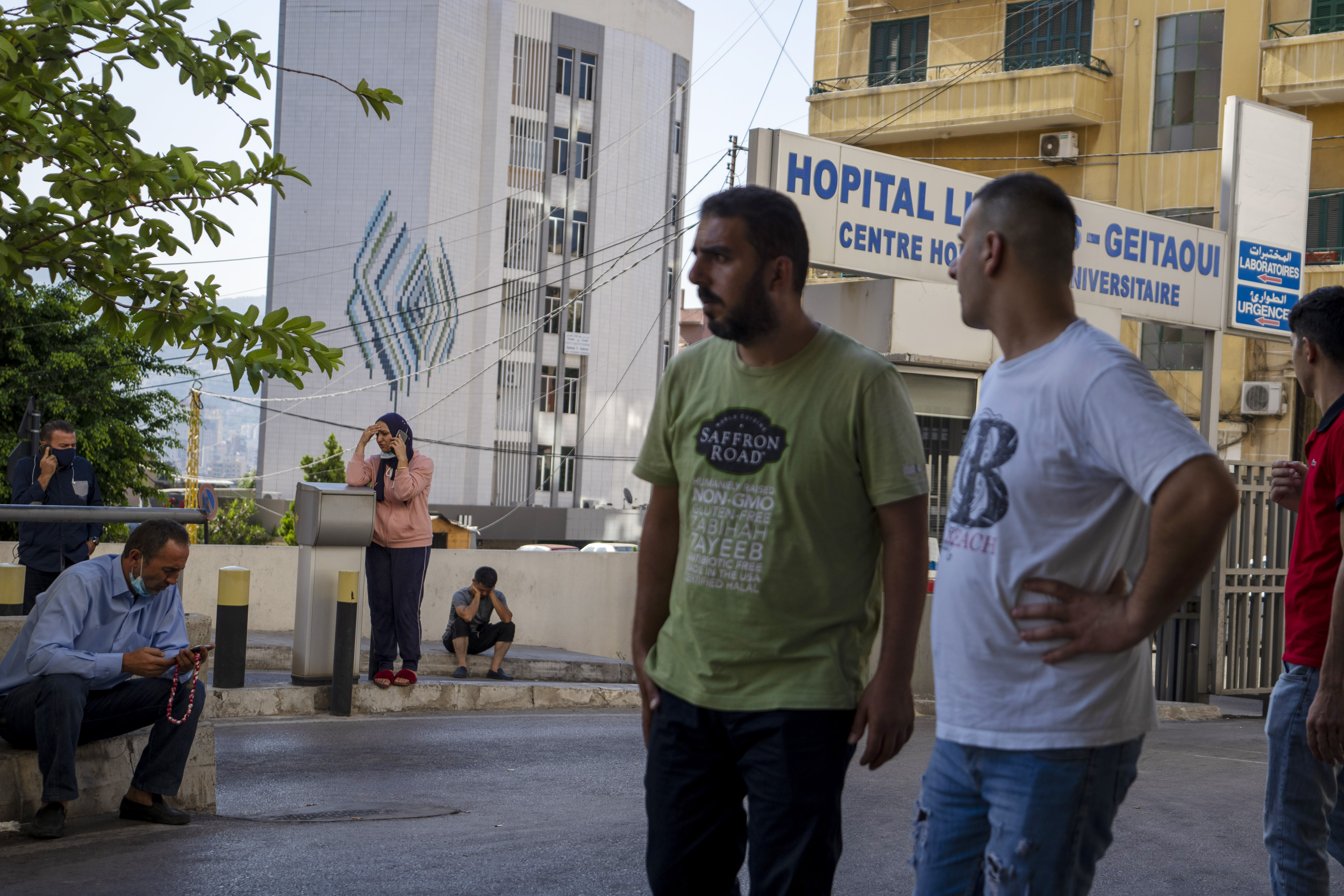 Most of those generators have now turned off their engines because of the crippling diesel shortages.

The American University Medical Centre on Saturday warned it may be forced to shut down in less than 48 hours due to fuel shortages, which would threaten the lives of its critically ill patients.

Tleil is about four kilometres from the Syrian border, but it was not immediately clear if the fuel in the tanker was being prepared to be smuggled to Syria, where prices are much higher compared to those in Lebanon.

The fuel crisis deteriorated dramatically this week after the central bank decided to end subsidies for fuel products — a decision that will likely lead to price hikes of almost all commodities in Lebanon, already in the throes of soaring poverty and hyperinflation. 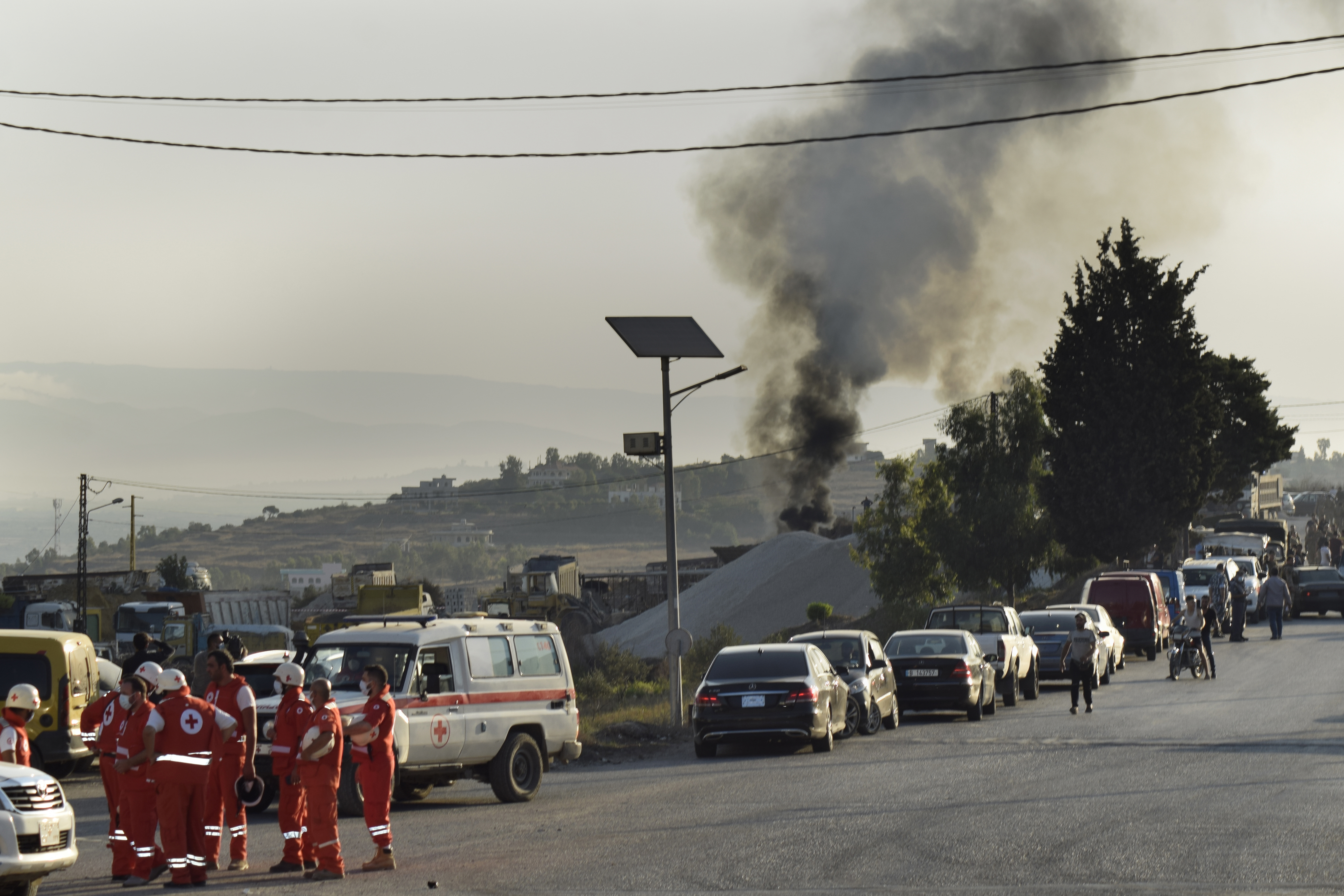 Some gas station owners have been refusing to sell, waiting to make gains when prices increase with the end of subsidies.

The Lebanese army also has been cracking down on smugglers active along the Syrian border, confiscating thousands of litres of gasoline over the past days.

El-Sheikh said residents had gathered around the confiscated petrol at Tleil, where the army was giving it for free, when the explosion happened.

READ MORE: Six people dead in UK's worst massacre in over a decade

Lebanon has for decades suffered electricity cuts, partly because of widespread corruption and mismanagement in the small Mediterranean nation of six million, including one million Syrian refugees.

Sunday's explosion was the deadliest in the country since an August 4, 2020, blast at Beirut's port killed at least 214, wounded thousands and destroyed parts of the capital.