Italy put 16 cities on red alert for health risks and Portugal warned 75 per cent of its regions that they faced a “significantly increased risk” of wildfires. 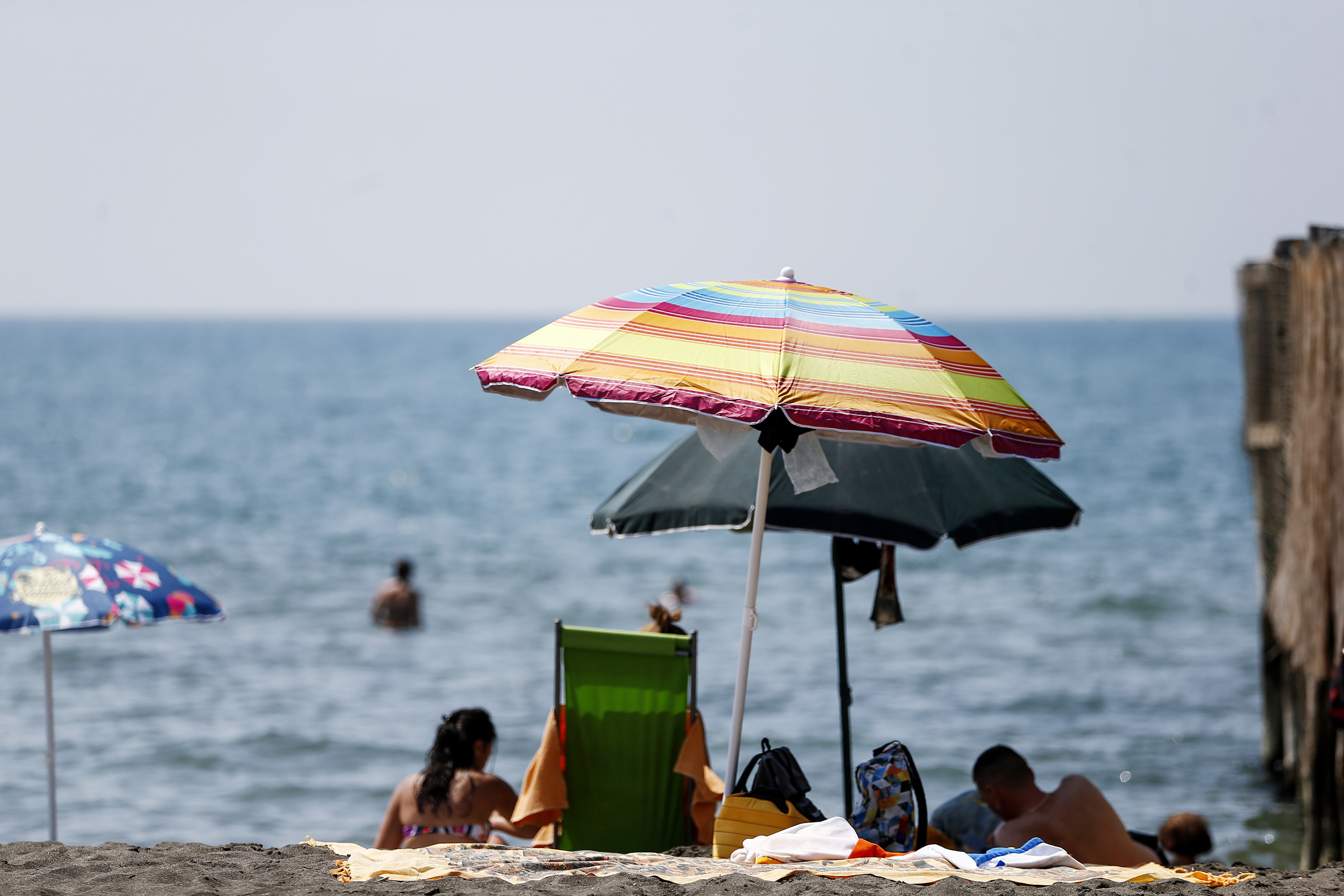 If confirmed, that would exceed the country's previous record of 46.9 degrees Celsius, set nearby in July 2017.

The high heat comes only days after Sicily reported a temperature of 48.8 degrees Celsius on Wednesday, which is also awaiting verification and would be the highest ever recorded in Europe.

In the southern Spanish province of Granada, where the mercury rose to 45.4 Celsius, few people ventured outside.

Those who did sought shade and stopped to take photos of public thermometers displaying the rocketing temperatures. Ice cream parlors did a brisk trade and some restaurants installed sprinklers to spray mists of water over their guests.

Miriam García, a student, wished she hadn’t braved the heat.

“It is very hot, we have to drink water and put on sun cream all the time, stopping to have a drink at a bar every so often,” she said.

“It would be better to be at home than in the street, it’s so hot!”

Dominic Royé, a climate scientist at the University of Santiago de Compostela, said the hot air from the Sahara Desert that has brought days of heat and fueled hundreds of wildfires across Mediterranean nations shows no signs of ending anytime soon.

“The heat wave we are experiencing now is very extreme and a lot of people are saying that it’s normal, as we are in summer. But it’s not, not this hot,” Dr Royé said.

The World Meteorological Organization said temperatures being recorded in the Mediterranean region go well beyond the typical hot, dry August weather and instead “are extreme, and what we might expect from climate change. ” 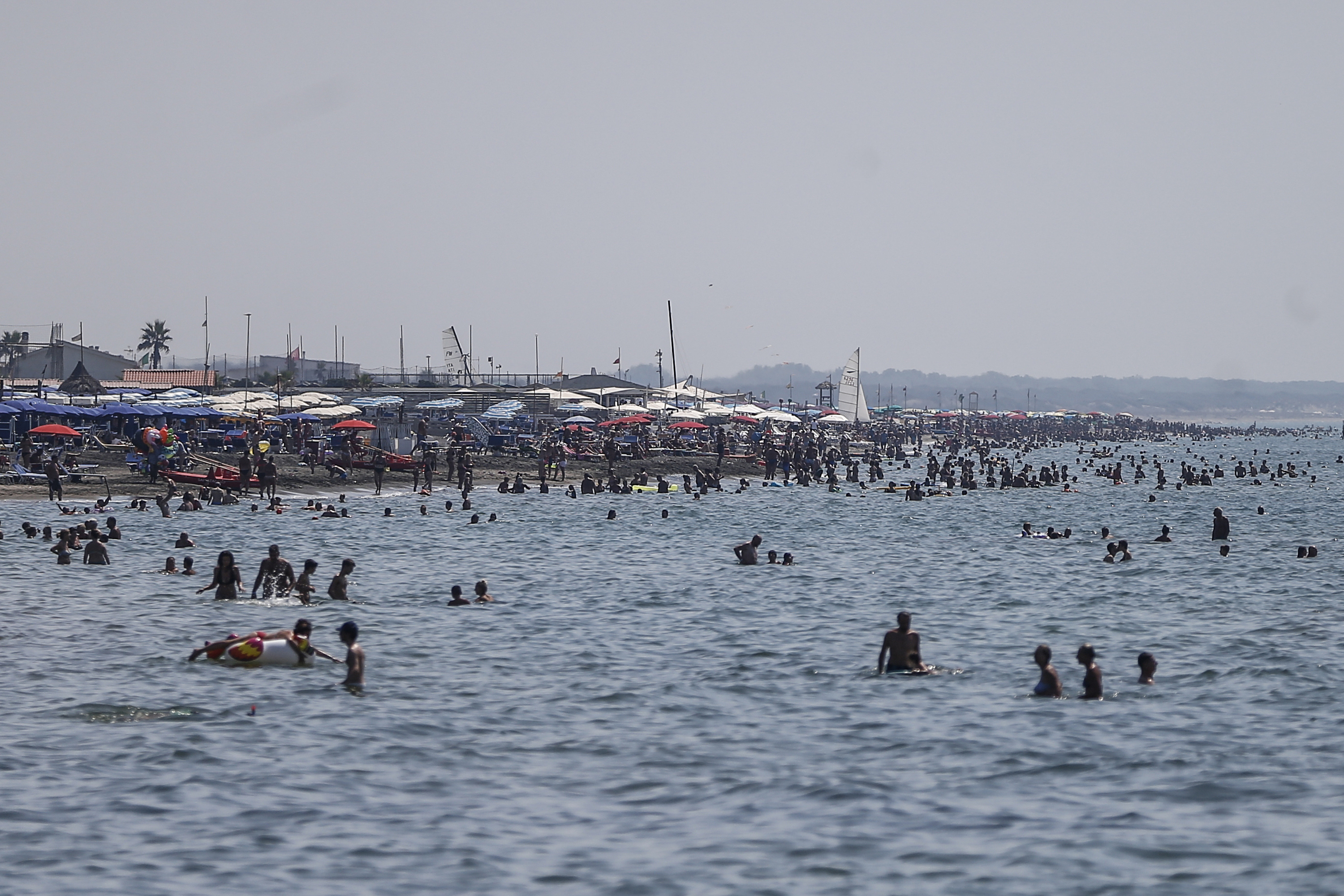 With night-time temperatures forecast to exceed 25 degrees Celsius in much of Spain, Dr Royé worried about residents who cannot afford air conditioning and other vulnerable people, like the homeless or outdoor workers.

Spain's State Meteorological Agency noted that 24 heat waves have been recorded over the last decade, twice the number in each of the previous three decades.

“It is important to stay in cool places and to stay hydrated, and to special attention to babies and elderly, vulnerable or otherwise dependent people. Extreme precautions should be taken to avoid starting forest fires,'' Rubén del Campo, spokesman for the Spanish meteorological service, said.

Elsewhere on the Iberian Peninsula, Portugal’s government placed 14 of the country’s 18 districts on a state of alert through Monday night due to the “significantly increased risk” of wildfires, as temperatures were forecast to surpass 40 degrees Celsius.

That would still fall short of Portugal's highest ever recorded temperature of 47.3 degrees Celsius in the inland Alentejo region in 2003.

Italians sought respite at the sea and in the mountains from the aptly named Lucifer anti-cyclone that was bringing hot air from Africa during Italy’s peak summer holiday weekend. Authorities raised concerns about older adults and other people at risk as they expanded heat warnings to 16 cities.

Temperatures in Italy rose as high as 37 degrees Celsius in Rome, Florence and Bologna, all places that the Health Ministry put on red alert.

High temperatures were forecast to continue through Sunday, the traditional Ferragosto holiday on the religious feast of the Assumption of Mary, which marks the annual summer holiday exodus from Italian cities.

"I put my head under the water at each fountain, drinking a lot, staying in the shade as much as I can,'' Alessia Pagani, who was visiting from the northern city of Brescia, said.

Storms in the north were forecast to bring the first signs of relief starting Monday.

“More than anything else, fresh air from the Atlantic will bring a coolness and greater ventilation that will sweep away the humidity and make the air much more breathable,’’ Lieutenant Colonel Filippo Petrucci of the Italian air force’s weather service told RAI state TV.

The heat wave has aggravated wildfires that have consumed forests in southern Italy, Greece, Turkey and North Africa.

Across the Mediterranean Sea, North Africa has been sizzling for days. Algeria’s National Office of Meteorology issued a special bulletin on Saturday saying temperatures in numerous regions across the north were above 44 C (115 F) with spikes up to 47 C (116.6 F), the online TSA news agency reported.

Climate scientists say there is little doubt that climate change from the burning of coal, oil and natural gas is driving extreme events, such as heat waves, droughts, wildfires, floods and storms.