Two people are in a critical condition in hospital and 17 others suffered minor injuries after a car and minibus crashed south of Brisbane.

The vehicles collided head-on on the remote road of Mundoolun Road in Mundoolun in Logan just after 10am today.

The 23-year-old driver of the car and the 74-year-old bus driver were trapped for over an hour and had to be cut free from their vehicles. 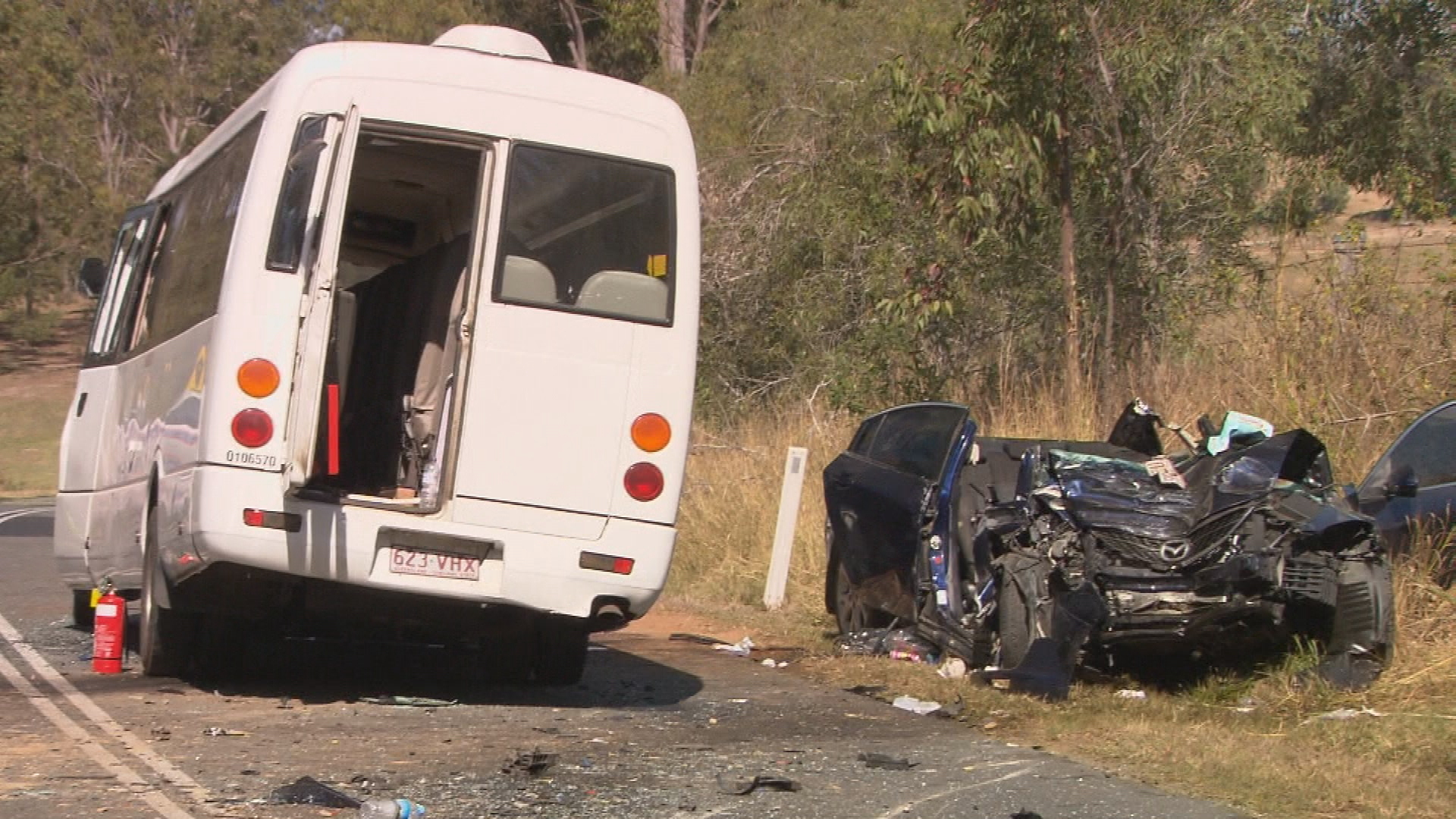 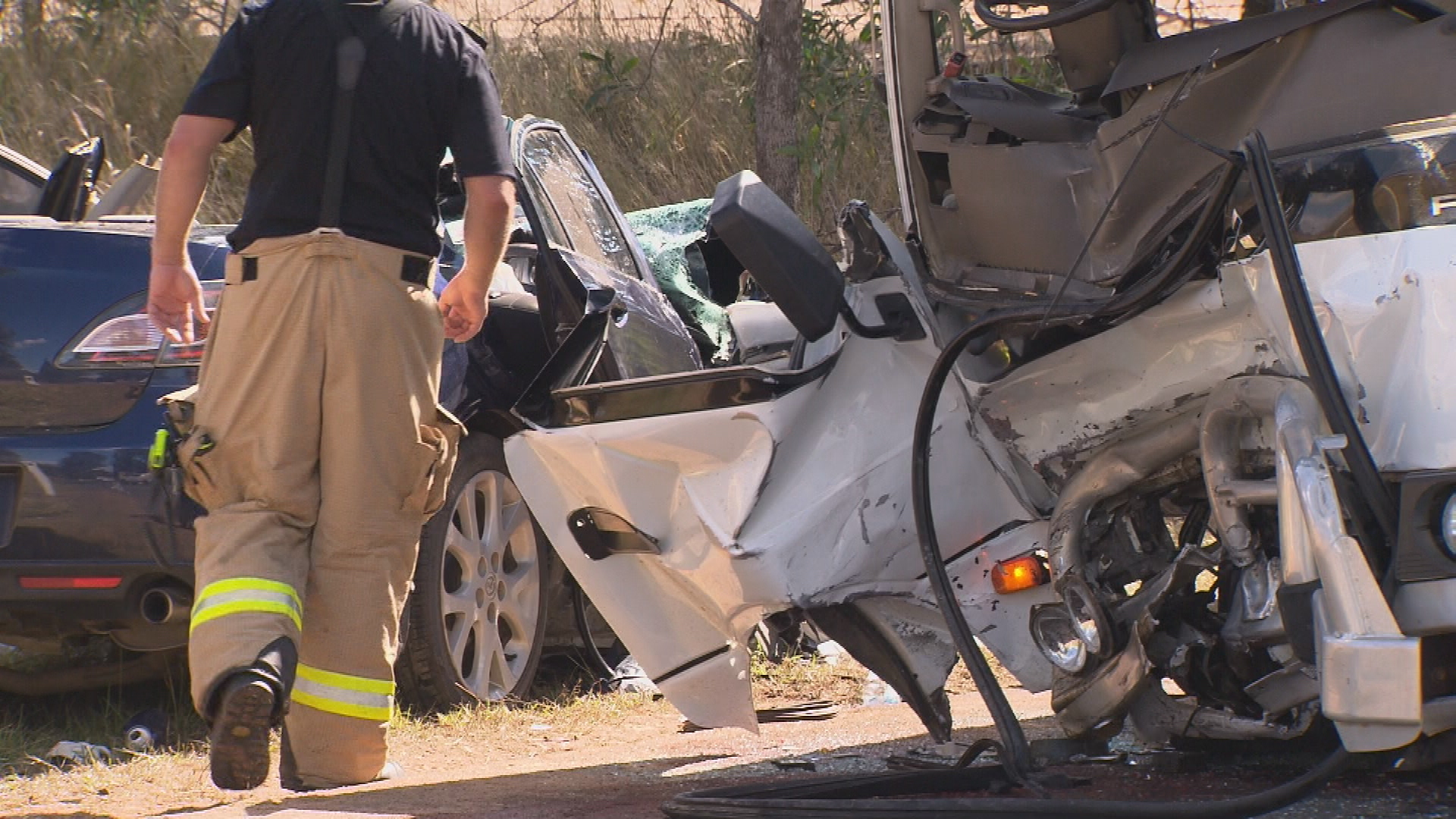 They were airlifted to hospital and are both critical.

The female driver was the only one in the car, yet there were 22 people on board the minibus, including the bus driver.

The bus was transporting people back from a hot air balloon ride over the Scenic Rim in south-east Queensland.

The crash sparked a major response from emergency services given the location of the crash and the number of patients. Two rescue helicopters were sent to the scene.

Seventeen bus passengers, including a 13-year-old boy, were taken by road to various hospitals with minor injuries. 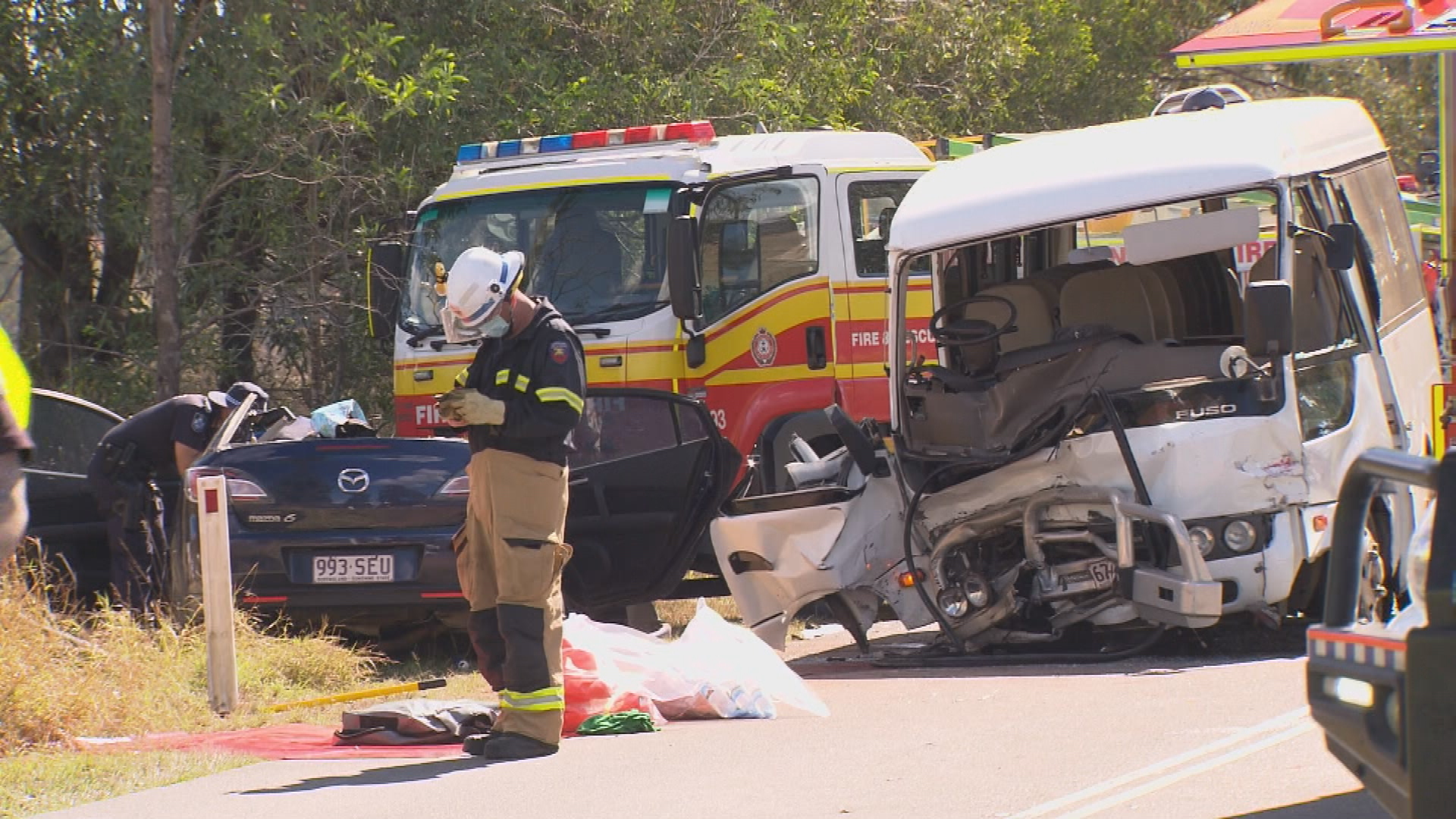 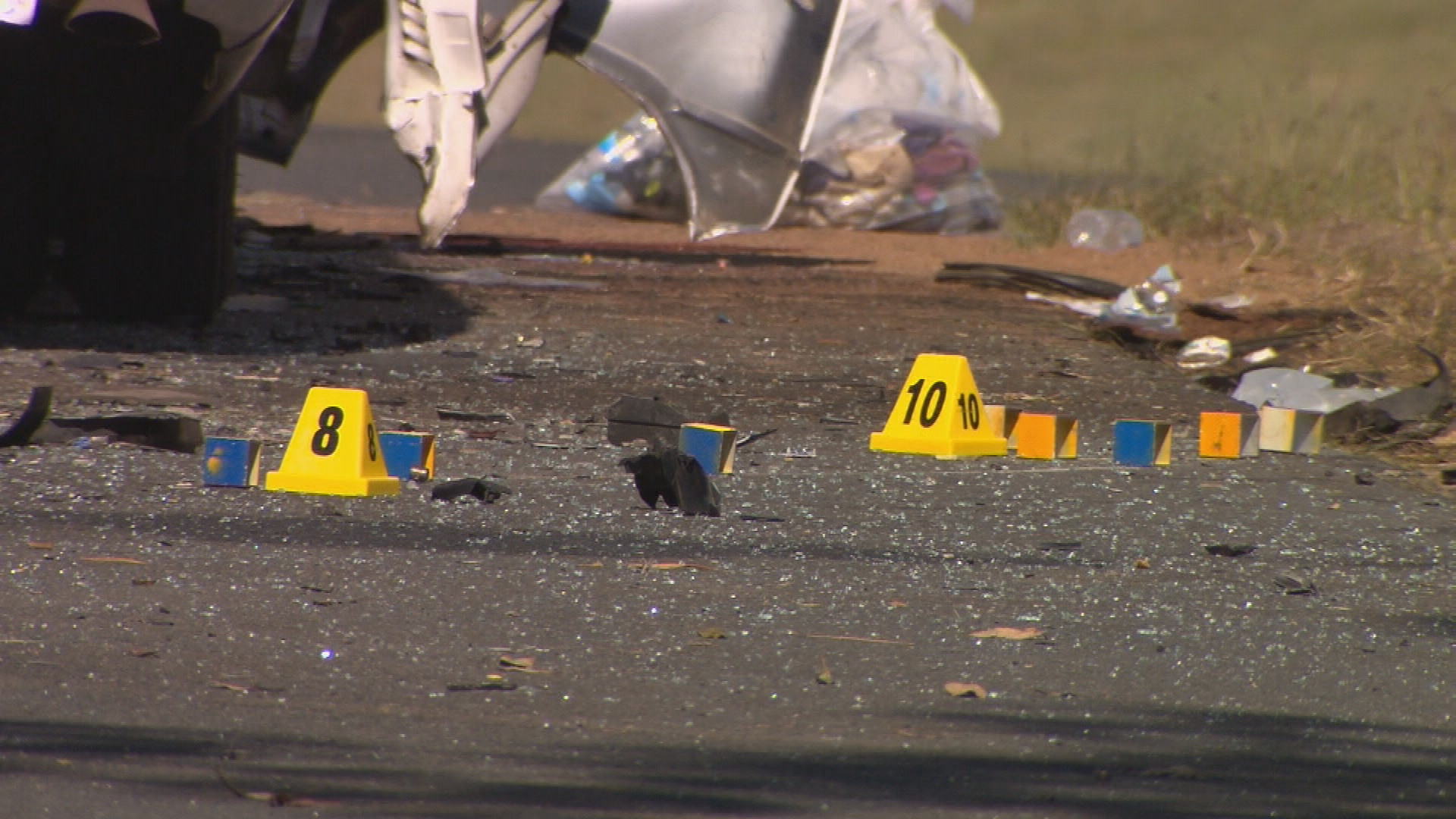 "I think if you look at the impact and the glass that's been shattered across the front, it's old adage, seatbelts save lives."

The road was closed for most of the day while patients were treated and transported out and so forensic crash investigators could probe the cause of the crash.

At this stage, neither speed or alcohol appears to be a factor.