Former Wallabies rugby player Toutai Kefu is fighting for his life after he was stabbed in his Brisbane home, according to reports.

Kefu's wife, son and daughter were also injured in the burglary in Coorparoo in the city's east, 9News understands.

Kefu and his family have all been rushed to hospital. 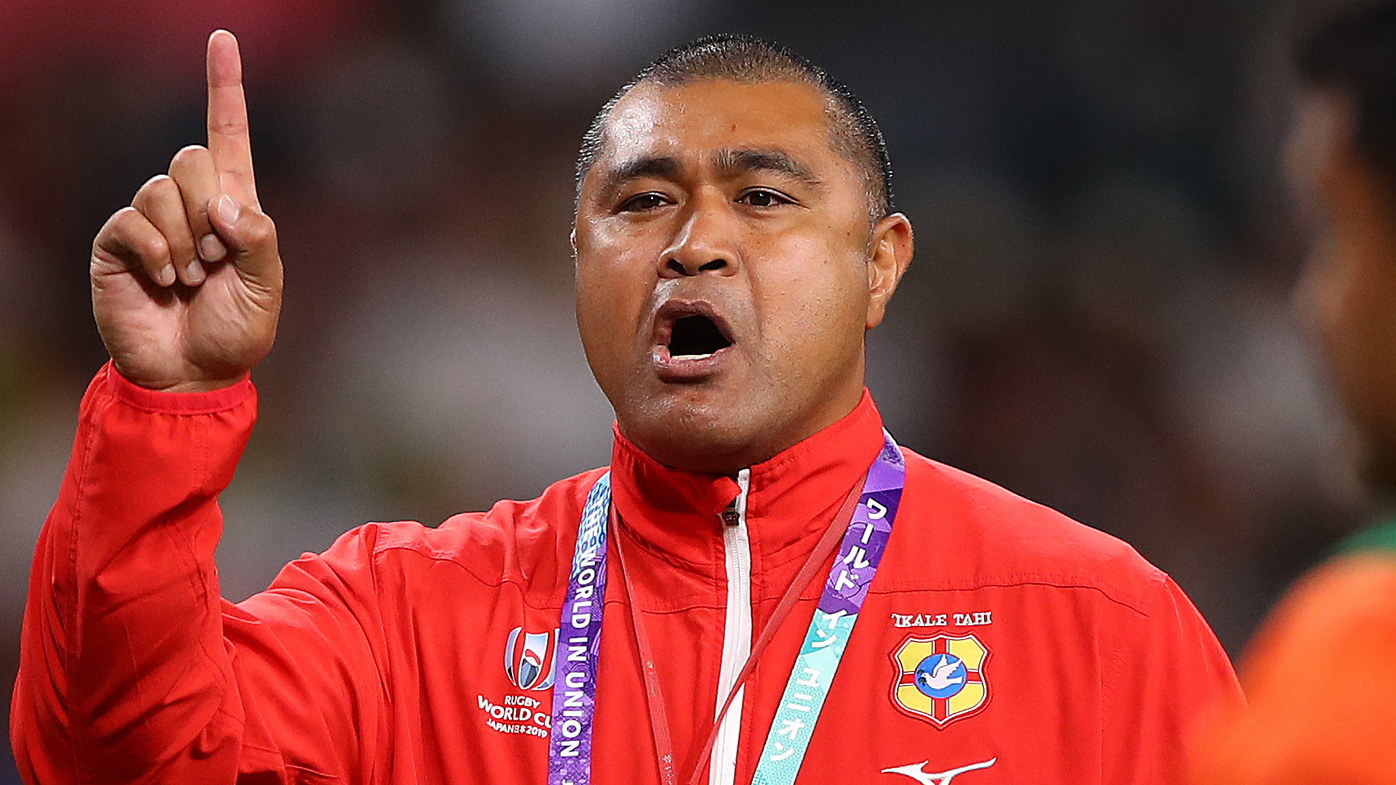 His wife suffered a significant arm injury, while his son had lacerations to his back and abdominals.

His daughter's hand was also injured.

Police have taken two men into custody, while a number of other suspects are believed to have fled in a car toward Woolloongabba.

"Early information suggests a number of males were disturbed breaking into a dwelling there and a violent altercation left four members of the house injured," Queensland Police said in a statement.

Kefu played 60 tests for the Wallabies.