The mystery surrounding a UK puddle, which formed with no rain and glaring sunshine, deepens – with tests no closer to identifying the source of the liquid.

At one stage the local council believed it could have been pineapple juice, but tests determined that was not the case.

The puddle formed in the town of Cowdenbeath in west Fife, Scotland at the start of August.

It's growing despite warm summer weather. 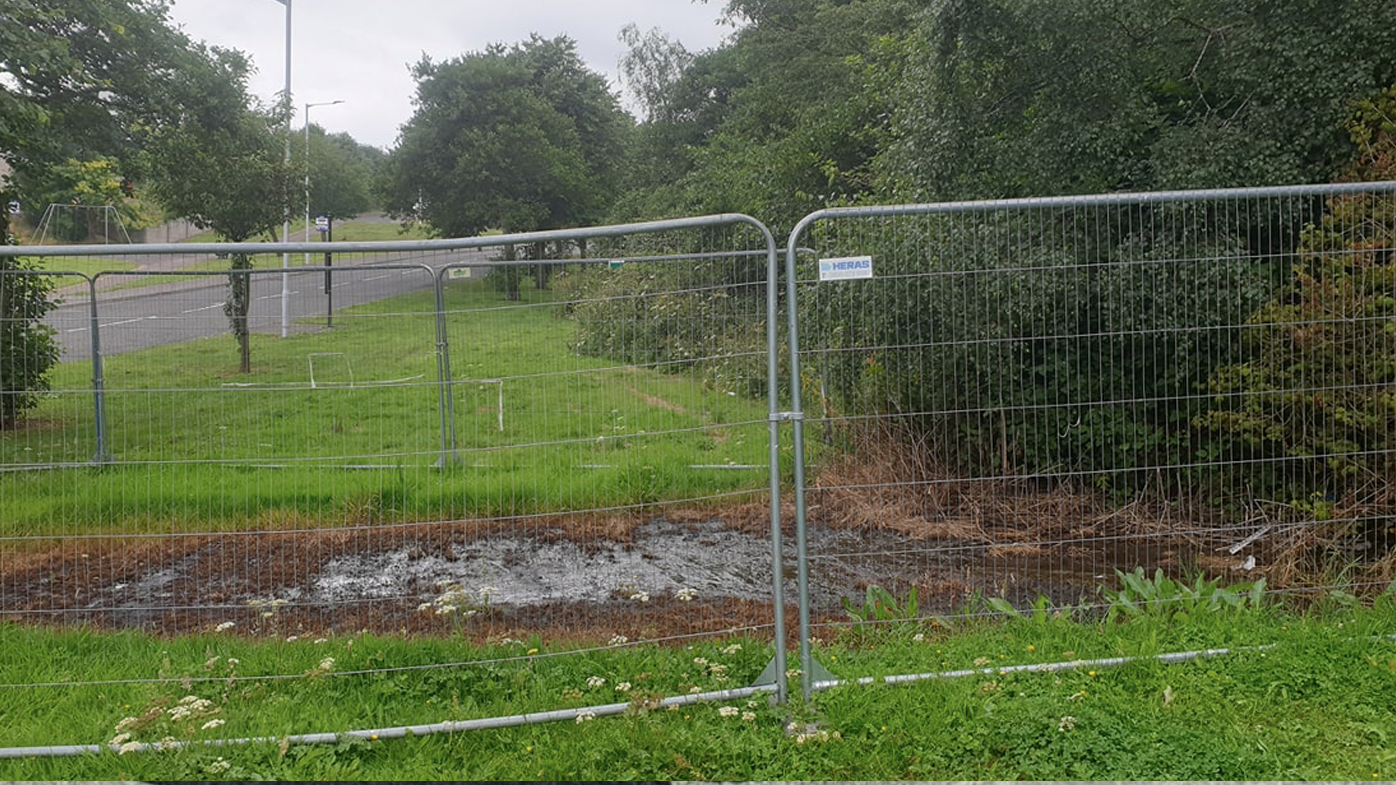 Local councillor Darren Watt took to Facebook, vowing to find out the cause.

He says the leak is posing an "outgoing issue" to the community.

"Although this is a very localised, it is a concern for a number of nearby residents," he writes.
"I will continue to work with Fife Council, Scottish Water and SEPA to resolve and I will be sure to share any updates or significant developments."

Earlier in the month, Mr Watt said tests determined the liquid was not pineapple juice.

"It was initially concluded that waste products such as pineapple juice was escaping from Graham's Dairy and the problem was apparently quickly identified and rectified," he wrote.

"Fife Council took samples for further analysis, however, no results have yet been produced."

A burst pipe is thought to be responsible.

"I've since been informed the liquid is escaping from a burst pipe yet somehow, this wasn't noticed or picked up until very recently by SEPA (The Scottish Environment Protection Agency)," Mr Watt said, adding the liquid "is unlikely to pose any danger or risk to health".