A teenage boy has been remembered as a "beautiful soul" after being killed in a crash in Melbourne's south-east at the weekend.

Mentone Grammar Year 10 student Lachlan McLaren, 16, was killed on Sunday evening when a driver allegedly lost control of his ute in Mentone. 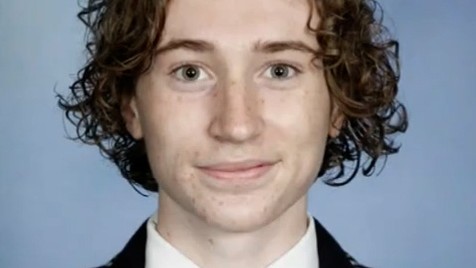 The driver, a 31-year-old Dandenong man, has since been charged with culpable driving.

Mentone Grammar in a tribute on Facebook said the loss of the 16-year-old would be deeply felt by the school community.

"The Mentone Grammar Community mourns the passing of Lachlan," the school posted on Facebook.

"A beautiful soul has been taken from us far too young and our thoughts and prayers go out to his family and friends at this most challenging of times."

A second pedestrian, a 16-year-old Parkdale girl, was also struck and treated for minor injuries.

The driver has been remanded to appear before the court in December.

Anyone who witnessed the crash or with dashcam footage is urged to contact Crime Stoppers on 1800 333 000.