Standing deep in the jungle of Venezuela, Ellis van Jason was surrounded by insects. "These ants went into my ear, into my nose, like even inside the goggles," he tells CNN.

But Mr van Jason couldn't move; he had to stay focused. He was in the middle of flying his first-person view (FPV) drone, capturing nature from a different perspective.

Mr Van Jason is a cinematic FPV drone pilot and videographer. While drones for filming have been around for years, FPV has opened up new possibilities for videographers and content creators. 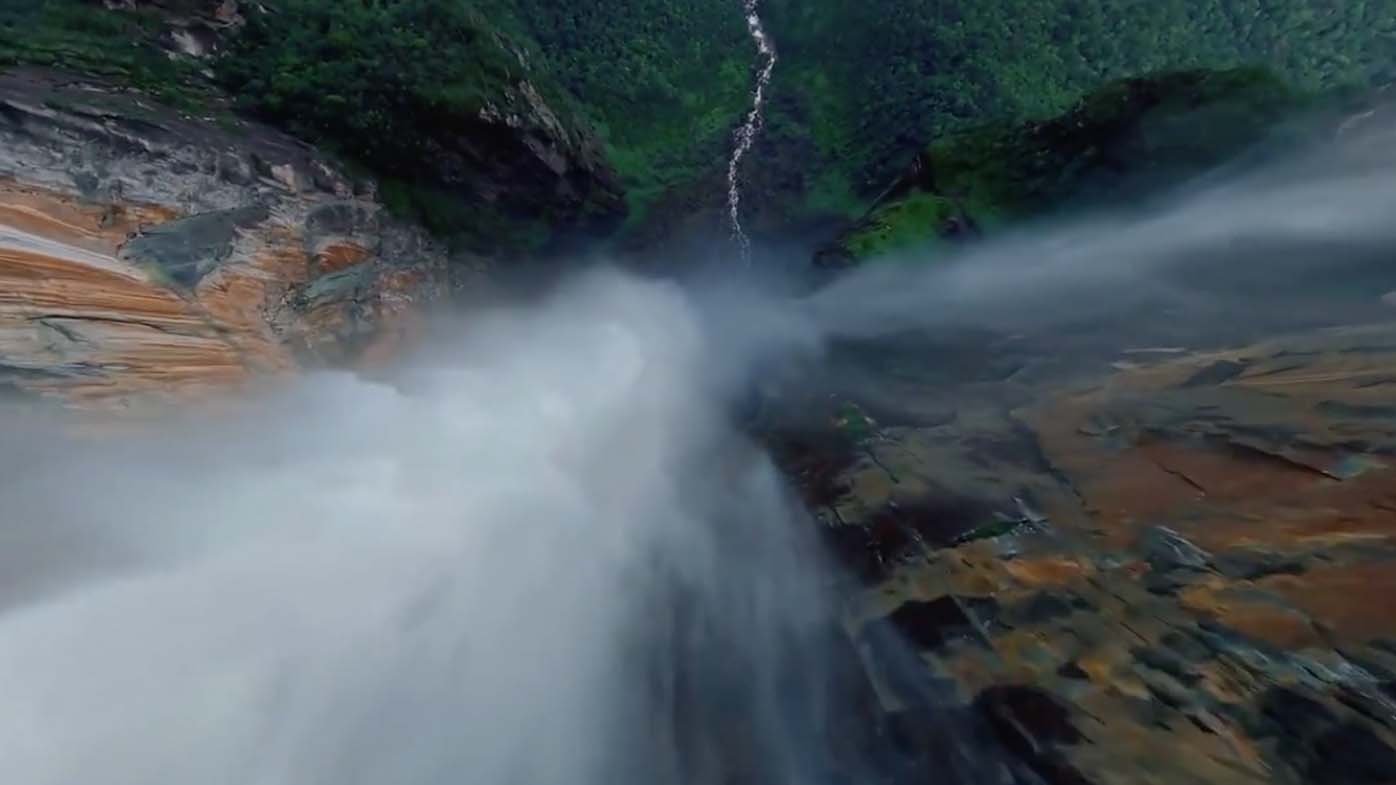 Pilots "see" from the drone's point of view, wearing a pair of goggles to watch the live transmission. These drones allow them to record a vast array of shots, while also flying at extremely high speeds — in turn, creating more dynamic and fast-paced videos.

"It's like you're a bird," he explains. "You can fly wherever you want."

Mr Van Jason's aim is to reveal the world's natural wonders in all its magnificent glory. On the trip to Venezuela, he captured his dream FPV shot: diving down Angel Falls, the world's tallest waterfall.

The Swiss-based pilot also runs a virtual class on FPV cinematography. Julio Carvajal from Costa Rica — once his student — recently took his skills to Guatemala, where he captured the erupting Pacaya Volcano. Taking viewers on a "visual ride" over the rivers of red-hot lava, Mr Carvajal only had one thing on his mind during the flight:

"I hope I don't lose this drone because the footage is insane," Mr Carvajal says.

From the peaks of Italy's Dolomite mountains to the clear blue waters of Jamaica, Mr van Jason and Mr Carvajal use FPV to tell stories. After thousands of hours of research, studying and practice, both say they have plans to explore new parts of the world with their FPV drones.

In Mr van Jason's case, it's all about creating an authentic experience for the audience as well as himself. Those insects in Venezuela, for example, "make it feel 100 per cent real and that stays ten times more in your memory."