NSW Police have issued a stark warning to would-be protesters after plans of a new anti-lockdown rally emerged online.

In the wake of last month's illegal protests in Sydney's CBD – where dozens were arrested, hundreds issued fines and more than 10,000 calls were made to Crime Stoppers – police have urged people to practice common sense and stay home.

"Police are aware of unauthorised protest activities planned for this weekend. Do NOT attend," a statement from NSW Police said. 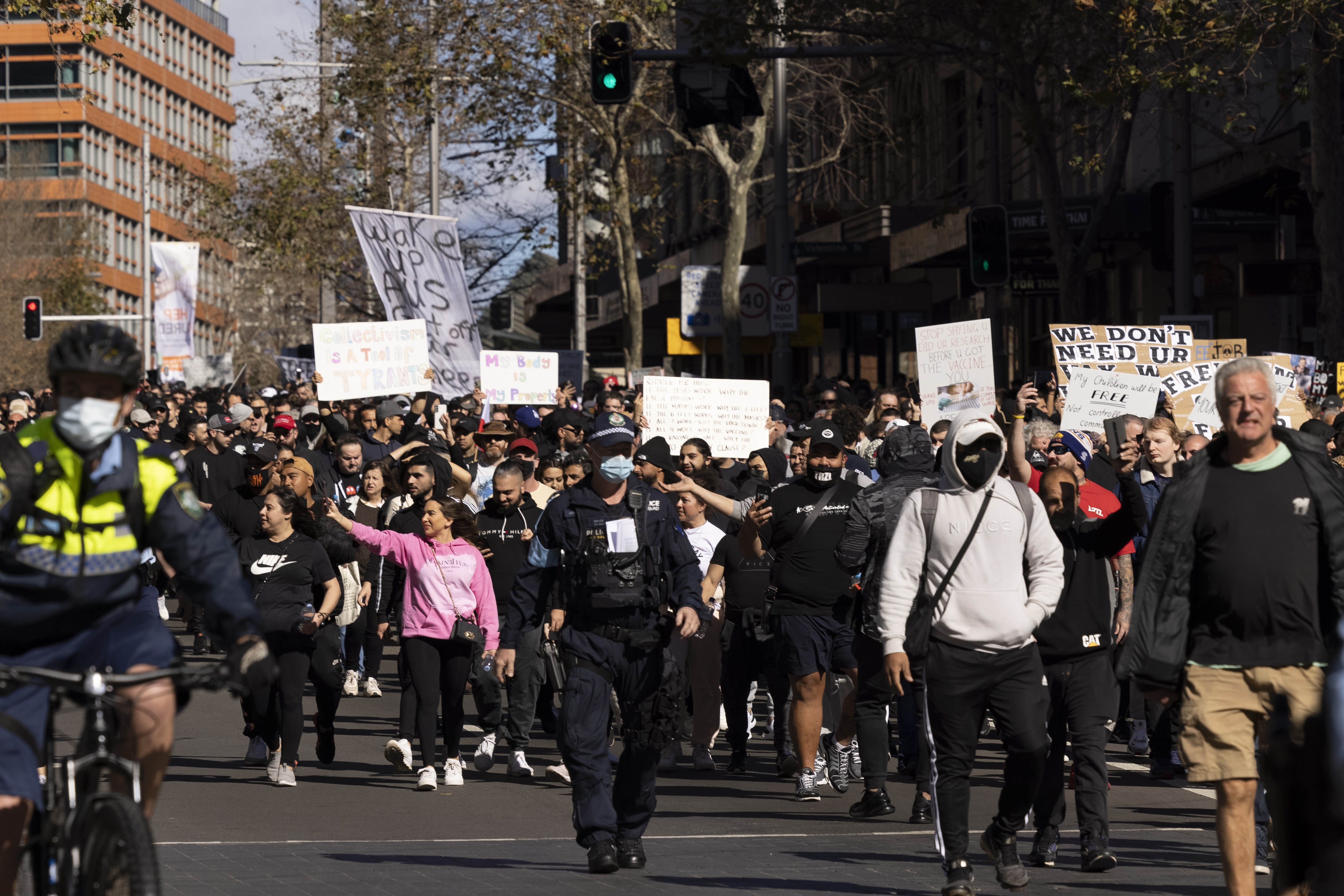 "Public safety is our first priority and you will be fined or arrested if you turn up."

Many were arrested and fined for assaulting officers as well as police horses and damaging public property.

A number of attendees of the rally have since appeared before the courts, some just narrowly escaping jail time.

At the weekend, NSW Minister for Police David Elliott said that a huge spike in local case numbers in NSW was "too much of a coincidence" to not be linked to the protests. While speaking on the new powers police have been given to enforce strict lockdown measures, Mr Elliott admitted he believes the steep increase in cases across the state may be a result of the mass gathering.

"I think it is too much of a coincidence that we had a reckless gathering three weeks ago, and now these numbers just keep going (up)," he said.

"I think it is too much of a coincidence. There is no doubt in my mind at least some of these cases that we are seeing at the moment had their genesis at the protest.

"Which is why, if they try to do it again, the NSW Police, with the assistance of any other agency we need, will make sure that the response is the same."

Since then, Mr Elliott has urged residents to comply with the new public health orders – which came into effect at 12.01am on Monday – saying that police would rather be catching criminals than handing down fines.