New South Wales has recorded another death and 452 new cases of COVID-19, with at least 50 of those infectious in the community.

Premier Gladys Berejiklian said said 75 per cent of the state's active cases are in people aged under 40 and has urged young people to come forward to be vaccinated, especially if they live in a local government area of concern.

"Those extra jabs we receive from the Commonwealth will be put straight into the arms of 16 to 39-year-olds in the local government areas of concern," Ms Berejiklian said. 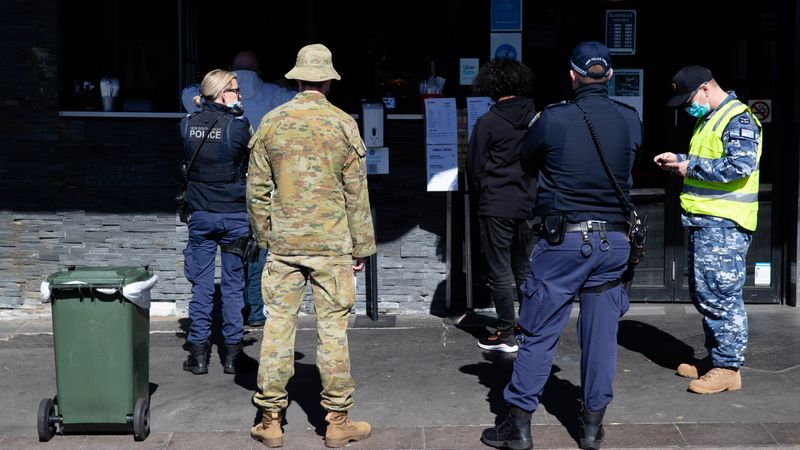 "That will protect them and their loved ones and also anyone coming into contact with them in a workplace."

Ms Berejiklian said there had been 151,000 tests undertaken in the last 24 hours.

The state's latest death was a woman in her 70s, from Western Sydney, who died at Westmead Hospital yesterday.

She was diagnosed with the virus on July 29 and had not received any doses of a COVID-19 vaccine.

NSW's total death toll since the beginning of the pandemic is 113. 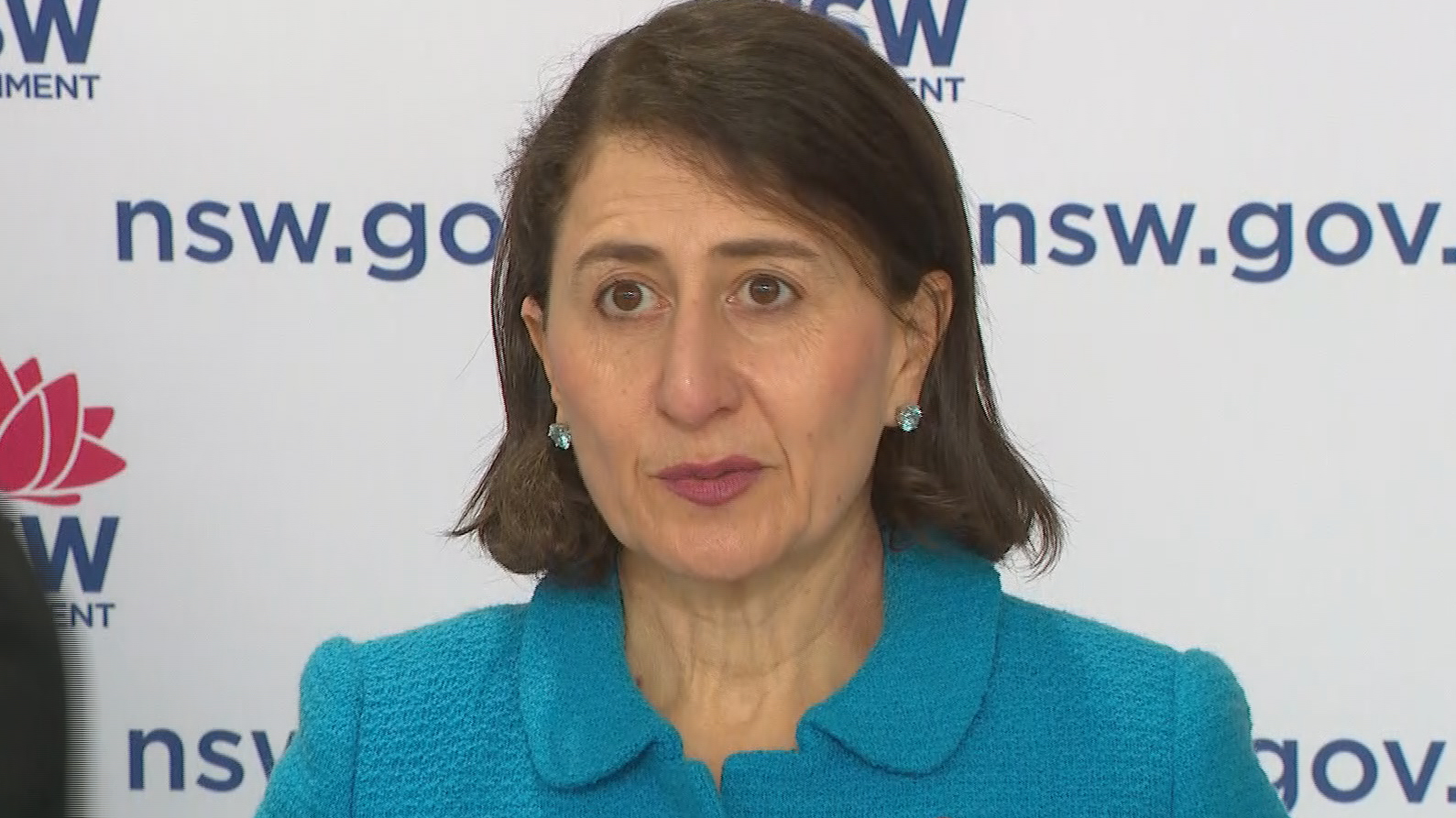 Ms Berejiklian warned locked down residents would not enjoy greater freedoms until vaccination targets were achieved.

She said NSW is on target to have 70 per cent of its eligible population fully vaccinated with two doses by the end of October.

That number will rise to 80 per cent by mid-November.

"Life will be much freer than what it is today once we get to 70 per cent and 80 per cent," Ms Berejiklian said.

"It doesn't mean that we will let's let the virus be rampant in the community no matter our number of cases, but it will be freer than it is today."

NSW Deputy Premier John Barilaro has urged residents of NSW – particularly those in the state's West – to receive whatever vaccine is readily at hand.

Mr Barilaro said he does not want to see regional communities fall behind metropolitan areas in the vaccination data as a cluster grows in NSW's Central West.

"Don't or caught up in the AstraZeneca versus Pfizer debate," Mr Barilaro said.

"The reality is we don't have that debate when it comes to flu shots each and every year. We get the shot. We're not sure of the brand, we just get on with it."

Hundreds of fines issued amid compliance crack down

Today's figures come as police ramp up their response to those flouting the rules with close to 600 fines issues in the past 24 hours.

In one case a man from Fairfield in the city's hotspot south-west, who was COVID-19 positive, was not home when police conducted a compliance check yesterday.

He was one of 579 issued with an infringement notice for breaching stay-at-home orders. 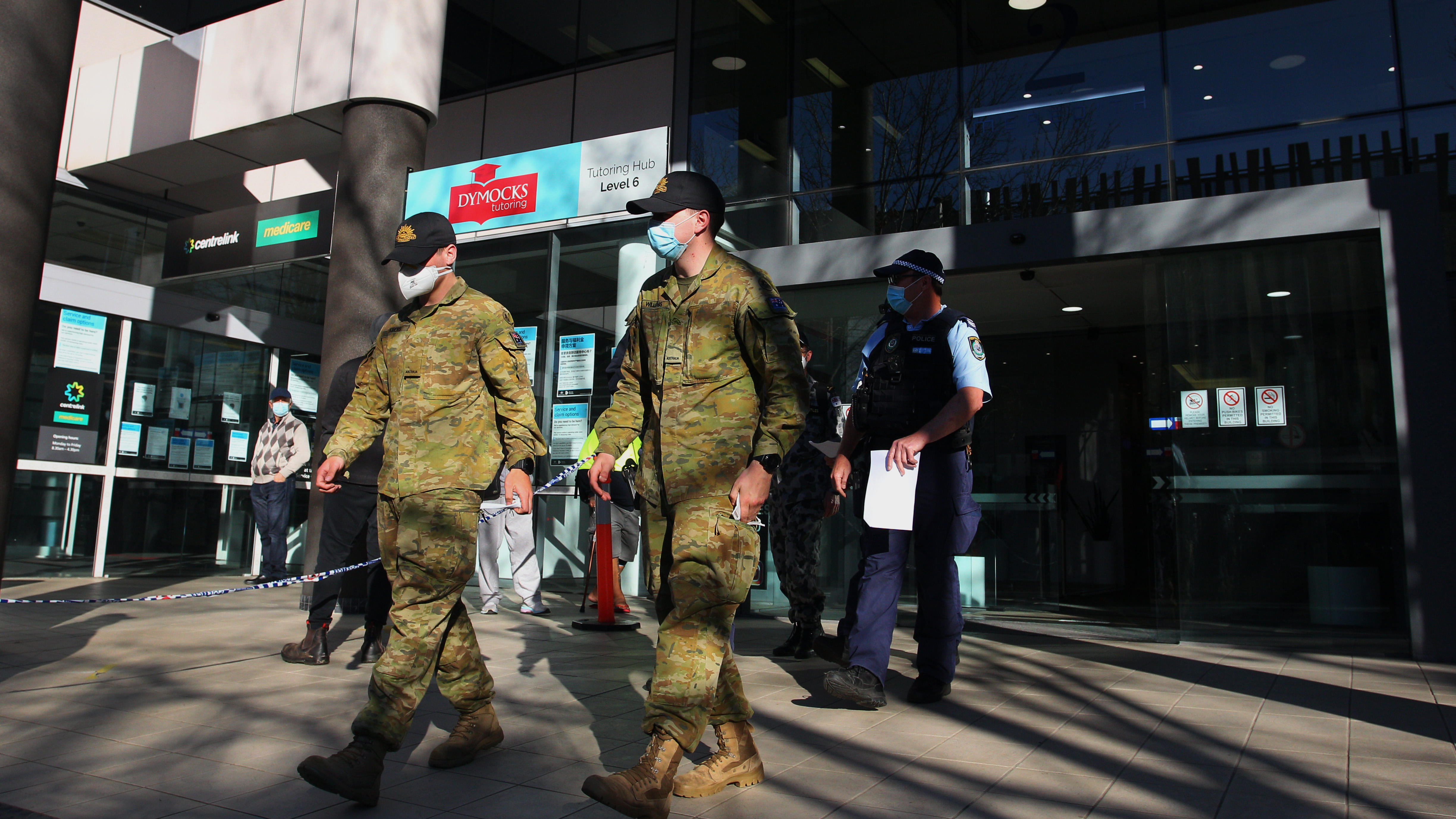 "He turned up about 20 minutes later and was unable to provide a reasonable excuse why he was out," NSW Police Deputy Commissioner Mal Lanyon told Today.

"It's impossible to overstate the seriously and the potential risk of the rest of the community of that person being out and about.

"I think the explanation yesterday was (he) needed to do some exercise or get fresh air.

"Clearly the self-isolation orders are put in place for a particular it reason, the person is infectious and is COVID positive and the person represents a great risk to the rest of the community." Thirty-four people across the state were issued with court attendance notices yesterday, he said.

"By and large the majority of the community are doing the right thing, but we see a repeated number of people who continually do the wrong thing. The fact that we had to issue 579 infringement notices only vindicates that."

Operation Stay at Home is now in force, with hundreds of additional police officers out ensuring people are complying with public health orders.

At least 1400 officers attached to Traffic and Highway Patrol Command are now focusing on compliance operations on the state's roads.

A further 500 Australian Defence Force troops, in addition to the 300 already deployed, are assisting with compliance checks and patrols, particularly within hotspot suburbs. 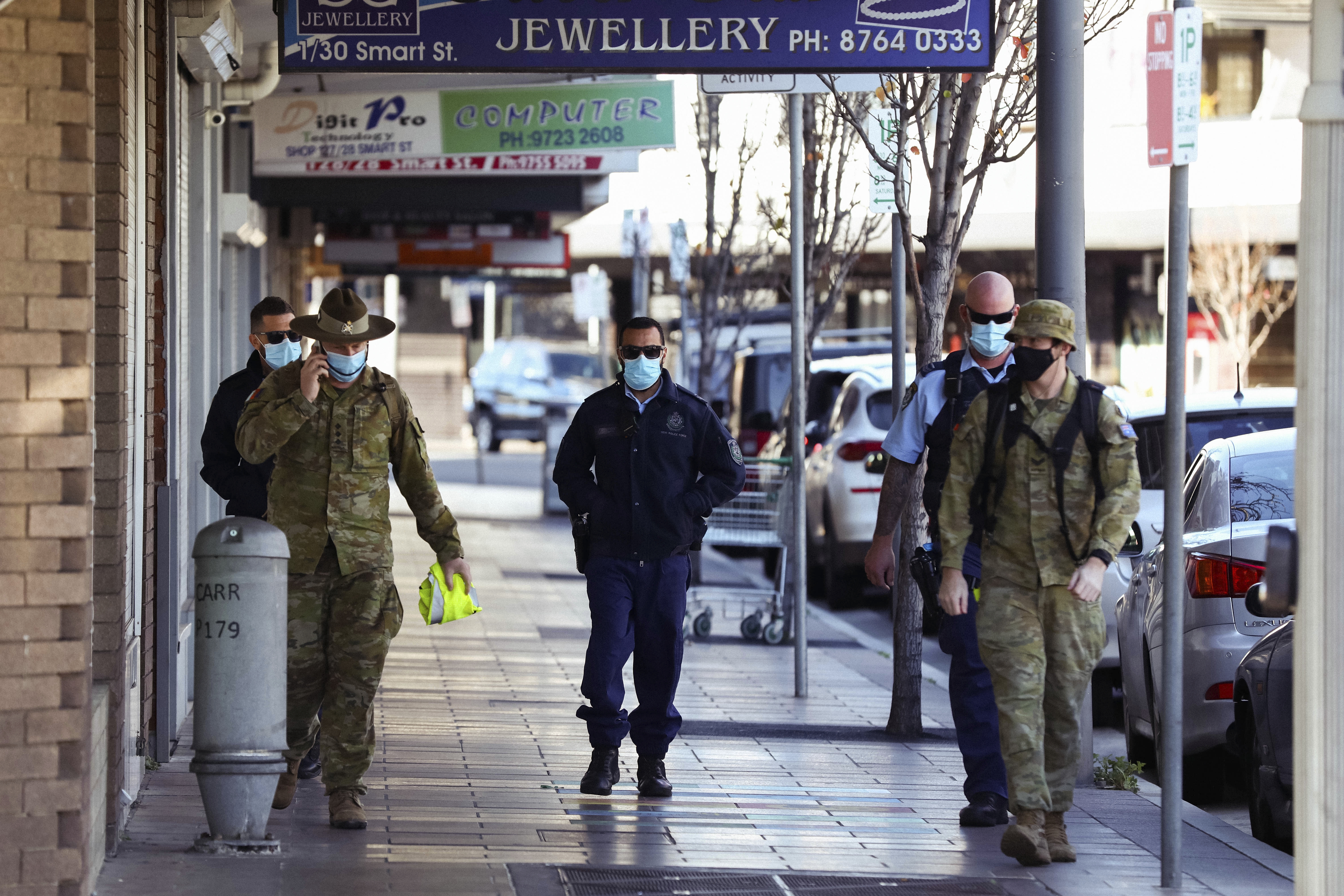 Infectious diseases expert Peter Collignon dismissed suggestions to bring in a curfew, like the one now in place across Melbourne to curb the spread.

"I'm not convinced a curfew makes all that much difference," Professor Collingnon told Today.

"If you look at the people breaking the rules, I'm not sure having police on the road at 2am would have made a lot of difference for that.

"Most of the people moving around at two in the morning are essential workers or (who have a) legitimate excuse. I haven't heard material to the contrary. 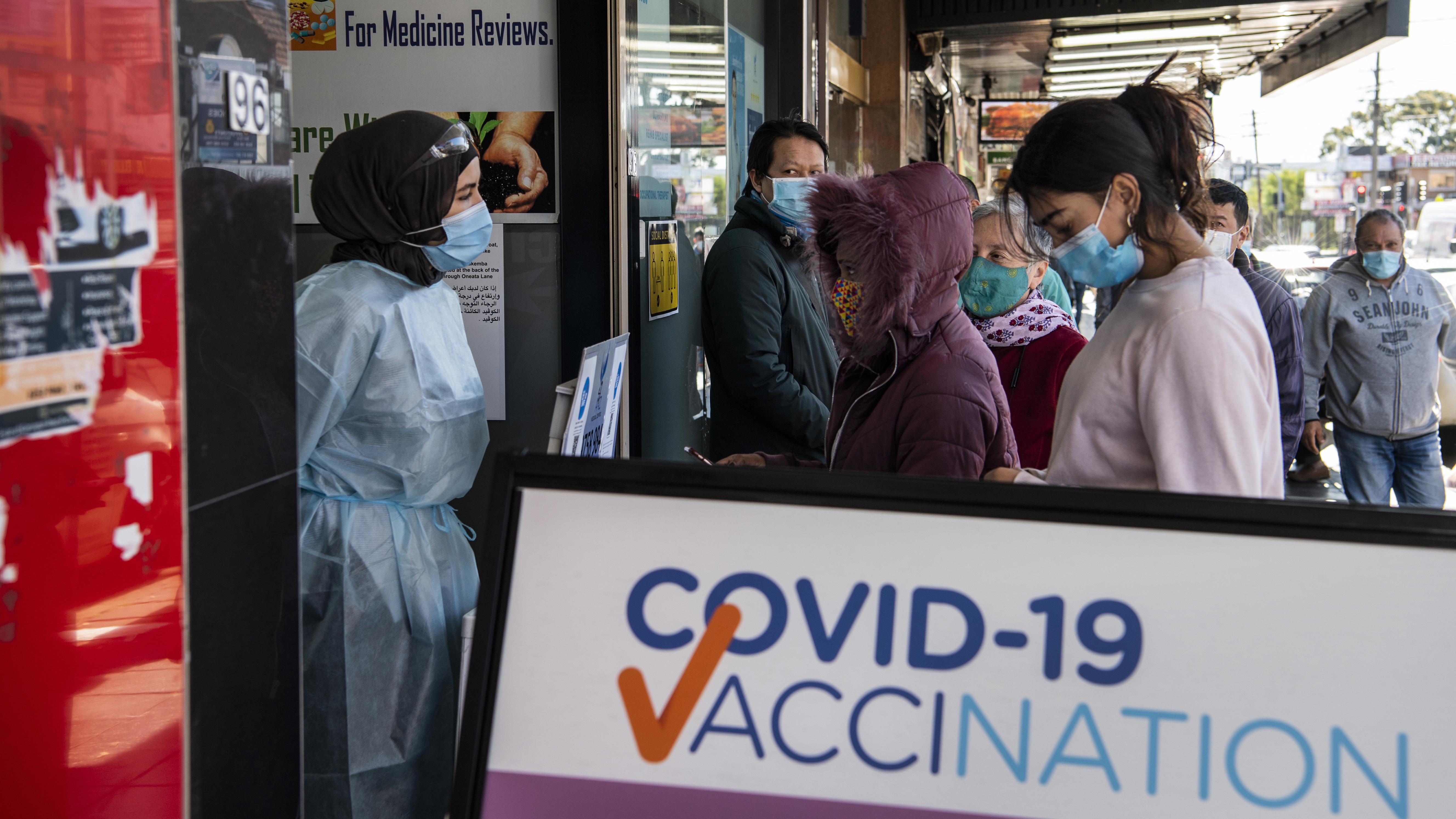 "A lot of extra resources, I think, for not a lot of extra benefits. I think protecting eyes (by wearing face shields or glasses), if we make a bigger effort on that we'll have a much bigger decrease in transmission than a night curfew."