Skip to content
Home National The Taliban knocked on her door three times. The fourth, they killed her

Najia was at home with her three young sons and daughter in a small village in northern Afghanistan when Taliban fighters knocked on their door.

Najia's daughter Manizha, 25, knew they were coming — her mother had told her they'd done the same thing the previous three days, demanding that she cook food for up to 15 fighters.

"(The Taliban) started beating her. My mother collapsed and they hit her with their guns — AK47s." 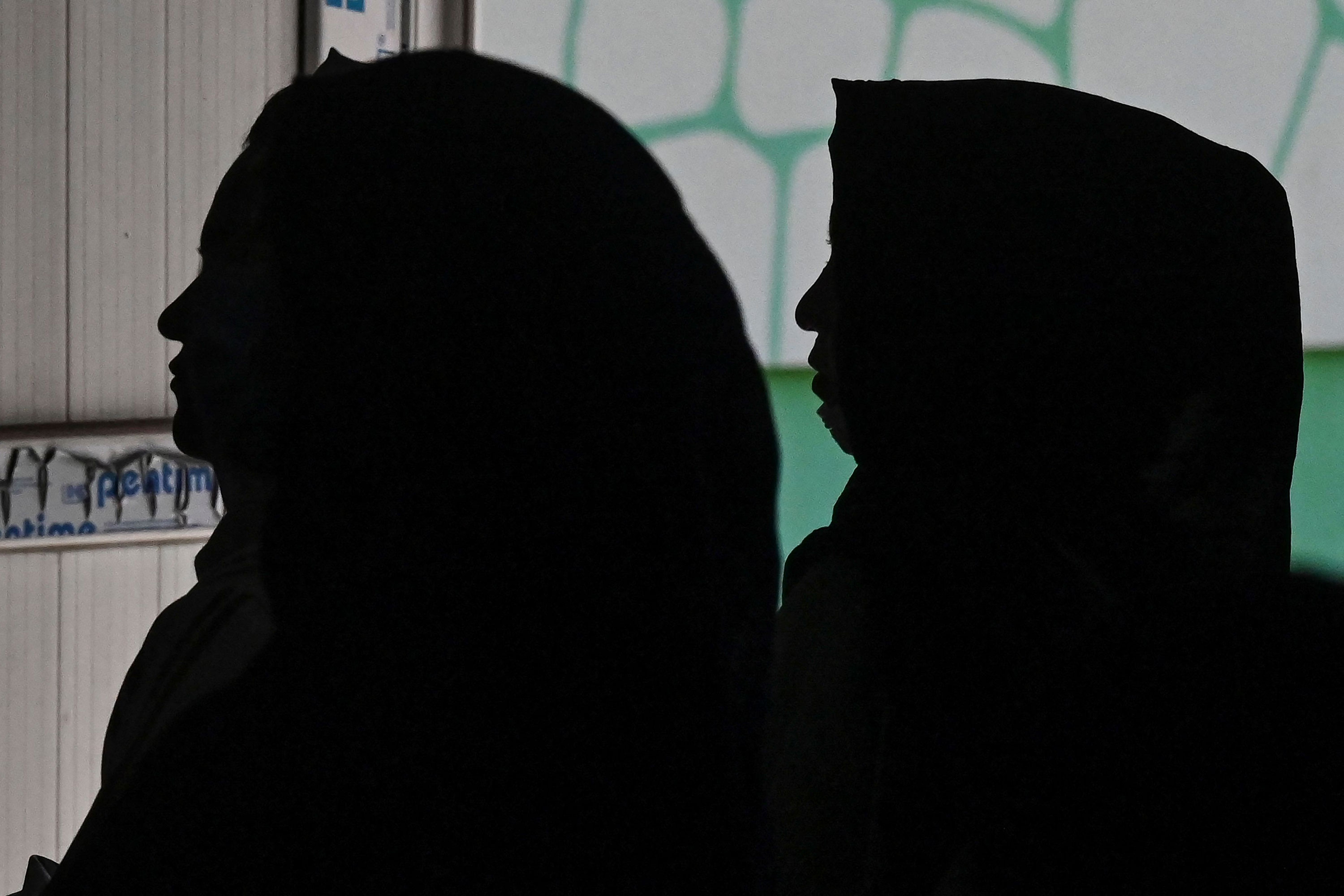 Manizha said she yelled at the fighters to stop. They paused for a moment before throwing a grenade into the next room and fleeing as the flames spread, she said. The mother-of-four died from the beating.

The deadly July 12 attack on Najia's home in Faryab province was a chilling preview of the threat now facing women across Afghanistan after the Taliban's takeover of the capital Kabul.

CNN is using aliases for Najia and Manizha to protect their identity for safety reasons.

In 10 days, Taliban militants captured dozens of provincial capitals left vulnerable by the withdrawal of US and allied troops.

The speed of the militants' advance caught locals off guard.

Some women said they had no time to buy a burqa to comply with Taliban rules that women should be covered up and accompanied by a male relative when they leave the house.

To Afghanistan's women, the flowing cloth represents the sudden and devastating loss of rights gained over 20 years — the right to work, study, move and even live in peace — that they fear will never be regained.

EXPLAINER: Who are the Taliban and how did they take control of Afghanistan

When the Taliban last ruled Afghanistan between 1996 and 2001, they closed girls' schools and banned women from working.

After the US invaded in 2001, restrictions on women eased, and even as the war raged, a local commitment to improving women's rights, supported by international groups and donors, led to the creation of new legal protections.

In 2009, the Elimination of Violence Against Women law criminalised rape, battery and forced marriage and made it illegal to stop women or girls from working or studying.

This time, the Taliban is promising to form an "Afghan inclusive Islamic government," although it's not clear what form that will take and if the new leadership will include women.

Farzana Kochai, who was serving as a member of the Afghan parliament, says she doesn't know what comes next.

She's also concerned about her future freedoms as a woman.

"This is something that concerns me more," she said.

"Every woman is thinking about this. We are just trying to have a clue … would women be allowed to work and to occupy a job or not?"

Taliban spokesman Suhail Shaheen said on Monday that under the Taliban girls would be allowed to study.

"Schools will be open and the girls and the women, they will be going to schools, as teachers, as students," he said.

But stories from locals on the ground paint a different picture — and there's a deep mistrust of militants who caused such misery under their last rule.

In July, the Afghanistan Independent Human Rights Commission said in areas controlled by the Taliban, women had been ordered not to attend health services without a male guardian. TV was banned, and teachers and students were instructed to wear turbans and grow beards.

One of them was Mina Khairi, a 23-year-old killed in a car bombing in June. Her father, Mohammad Harif Khairi, who also lost his wife and another daughter in the blast, said the young broadcaster had been receiving death threats for months.

When the Taliban last controlled Afghanistan, women who disobeyed orders were beaten.

The Taliban denied killing Najia, the mother in Faryab province, but their words are contradicted by witnesses and local officials who confirmed the death of a 45-year-old woman whose home was set alight.

A neighbour who yelled at the men to stop said many women in Najia's village are the widows of Afghan soldiers. They earn a living selling milk, but the Taliban "won't allow that," she said.

"We don't have men in our house, what shall we do? We want schools, clinics and freedom like other women, men — other people," she said.

The Taliban's takeover of the country was so quick that some women found themselves without the requisite female uniform for Taliban rule.

One woman, who is not being named for security reasons, said her household had just one to two burqas to share between her, her sister and their mother.

"If the worse comes to worse and we don't have burqa, we have to get a bedsheet or something to make it a bigger scarf," she said.

Burqa prices surged as much as tenfold in Kabul as women raced to beat the militants ahead of their advance, according to another woman in the city, who is also not being named for security reasons. Some didn't make it to the markets before they closed on Sunday, as store owners rushed to get home.

She said she'd spent hours at a bank on Sunday trying to withdraw as much money as possible to see the family through the coming days of uncertainty.

"It was so unexpected, no one expected this to happen this soon. Even people would be like, 'Oh, Kabul can defend itself for a year or so,' but morale is lost," she said.

"The army is just handing it over to the Taliban."

The woman fears for her life, but also the collapse of a government people fought so hard to build and the end of freedoms for Afghan women.

"As a woman, they just keep us inside," she said. 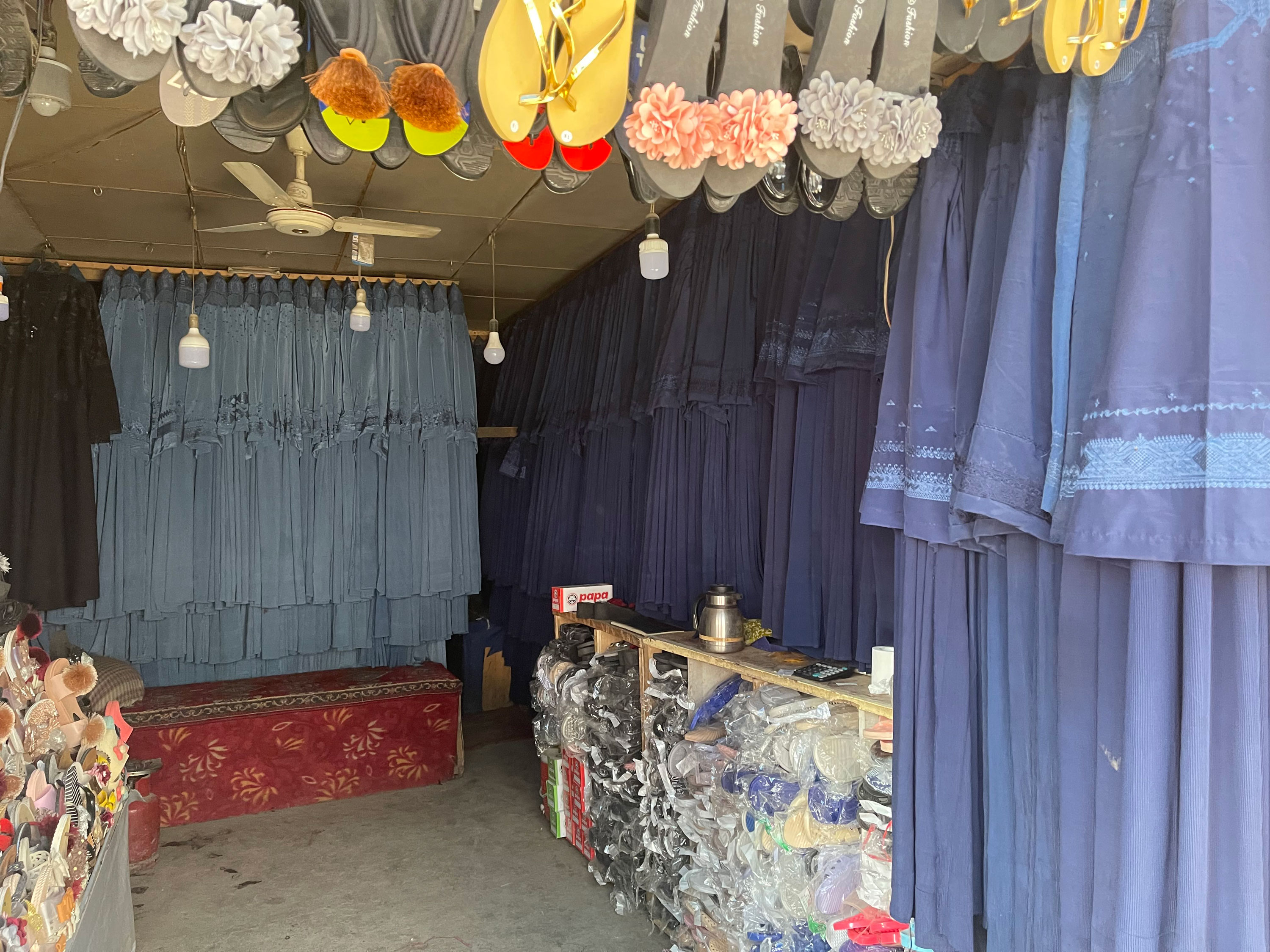 Over the last 10 days, a succession of Taliban victories over dozens of provincial capitals took Afghan women closer to a past they desperately wanted to leave behind.

Pashtana Durrani, the founder and executive director of Learn, a non-profit focused on education and women's rights, said she had run out of tears for her country.

"I have cried so much there are no more tears left in my eyes to mourn," she said.

"We have been in mourning (for) the fall of Afghanistan for now quite some time.

Ms Durrani said she'd received text messages from boys as well as girls, who despaired that years of study were "all for nothing."

She said the Taliban kept talking about girls' education, but they hadn't defined what that meant.

Islamic studies are assumed, but "what about gender education? What about professional education?" she asked.

"If you think about it, it makes you hopeless because there's no answer for it," she said.

In a tweet, United Nations Secretary-General Antonio Guterres called for an end to all abuses.

"International humanitarian law and human rights, especially the hard-won gains of women and girls, must be preserved," he said.

In chaotic scenes at Kabul airport on Monday, desperate Afghans scaled an air bridge in an attempt to board planes out of the country. But for many millions of people, there is no escape.

The woman in Kabul who spent hours at the bank Sunday said even if she could find a flight, without a visa she has nowhere to go. The only other option was to stay inside and hope to avoid attracting attention.

"Going out or doing anything else can risk our life," she said.

"Many, many cannot get out and will be in great need both for urgent humanitarian assistance and for other essential services like education," she said.

"It's the wrong time now for donors to be saying, 'Oh, we're done now in Afghanistan'."

Women across the country live in fear of the same knock at the door Najia heard last month. Her daughter, Manizha, said she hasn't returned to the house since her mother's death. She doesn't go outside much at all.

"Taliban don't let any women out without a male relative. Men are the only ones allowed out. They can go to work," she said.

"If I need something, how I am I supposed to get it? It's a punishment. It's not Islam. They call themselves Muslim. It's not right for them to punish women."