A Japanese Spitz dog has been returned to her Sydney home, after she went missing and her owners put out an emotional plea for help.

Atlas was reunited with her owners at Fairfield Police Station, just before midnight yesterday.

Police were called after the dog went missing from a property in the city's south-west on Sunday afternoon. 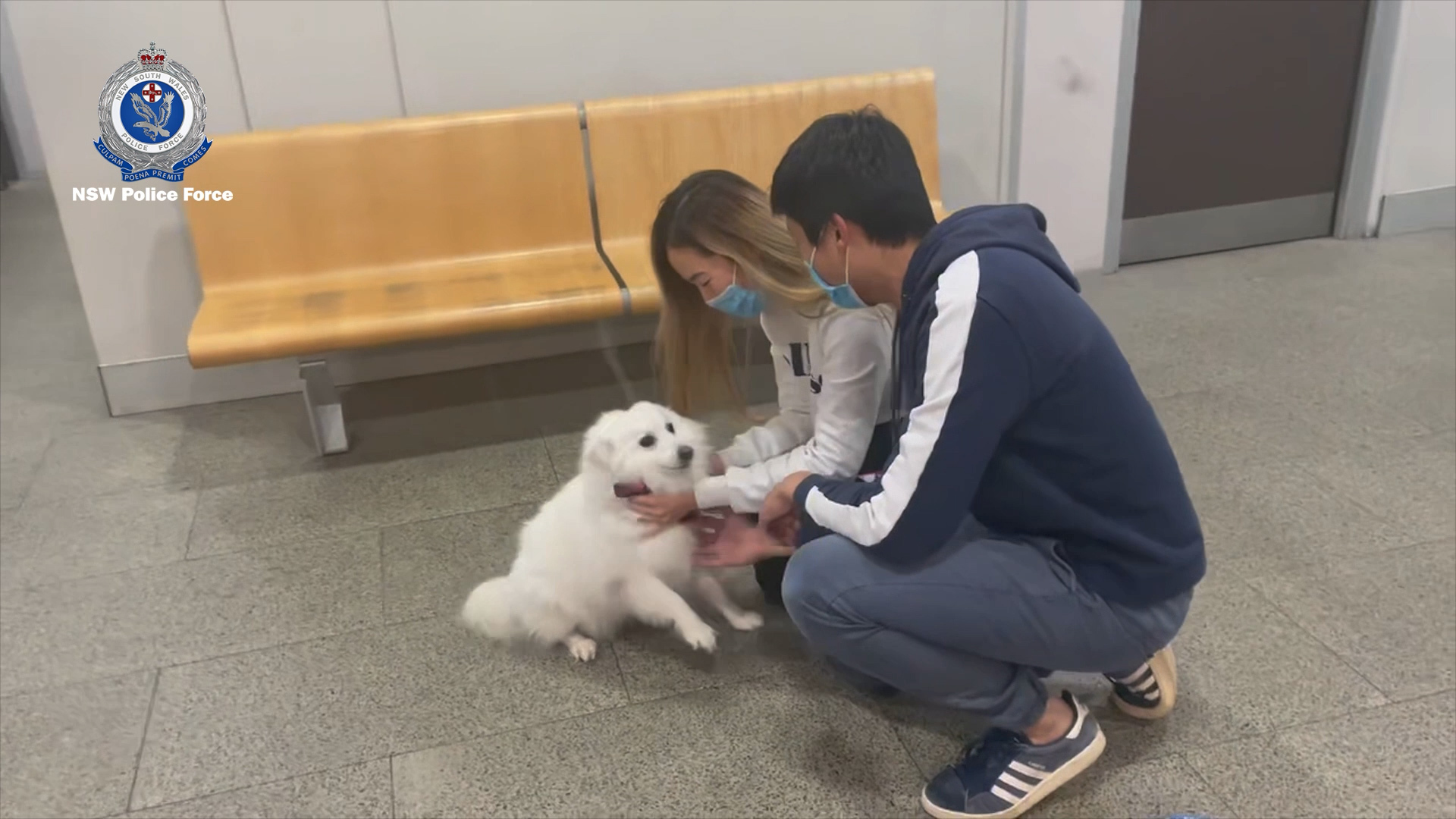 A woman was seen driving through the area, when she pulled over, opened the car door and crouched to the ground.

Atlas was seen running over to the woman, and the Japanese Spitz was picked up and put in a car.

The dog had just had a bath and wasn't wearing a collar.

Her owners took her eyes off her for a minute to grab an item from inside their house.

"Everyone is a friend to her and she'd just go to anyone," her owner Elise Pham told 9News.

Officers reviewed CCTV and went to a home in Bossley Park last night, where they spoke to a woman and found the dog.

A 23-year-old was arrested and charged with steal dog, possess stolen dog or skin of stolen dog and fail to comply with any other wear face covering directive.

She was granted conditional bail to appear at Fairfield Local Court on Monday, September 13.