Two men have been injured and a plane completely destroyed after a fire erupted at an airport hangar in Perth's south.

Large plumes of thick black smoke could be seen billowing into the afternoon sky as almost two dozen fire officers battled the blaze. 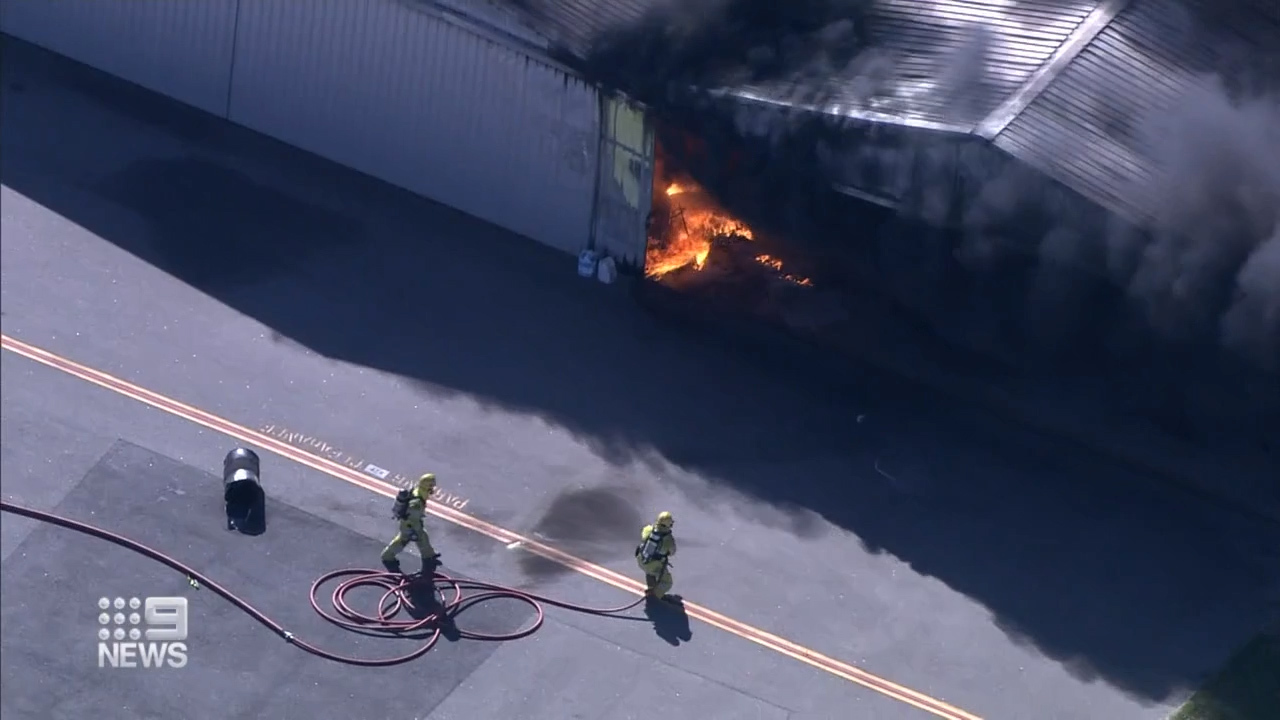 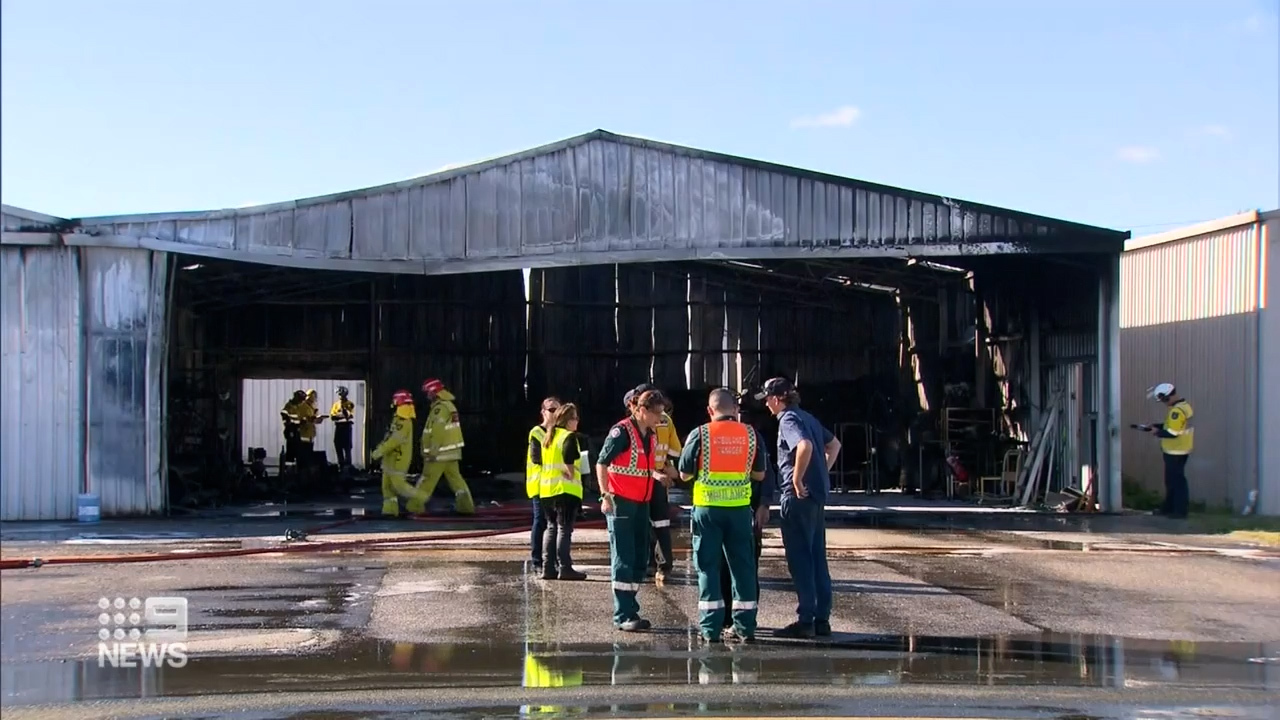 Witnesses say a pilot aged in his 70s and his son were working on a plane in the hangar when there was an explosion, suspected to have started in a compressor, which ignited the blaze.

The duo rushed to try and protect three planes inside, but one was completely destroyed. 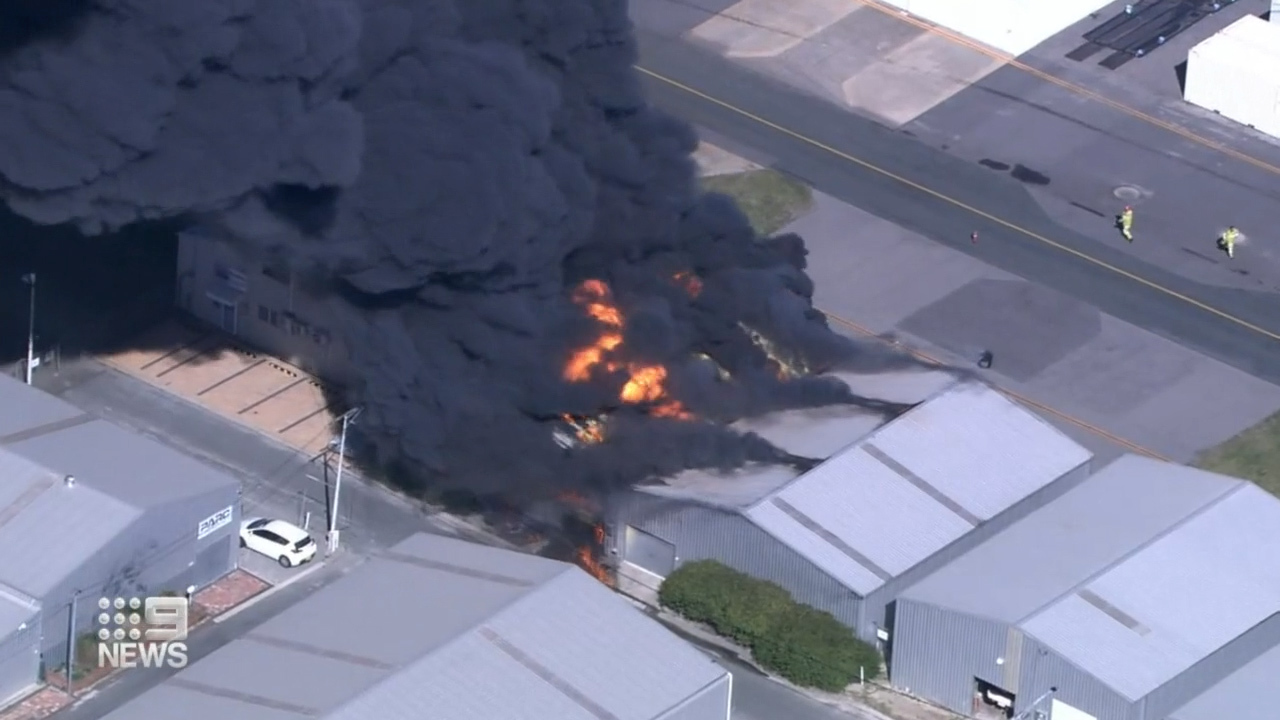 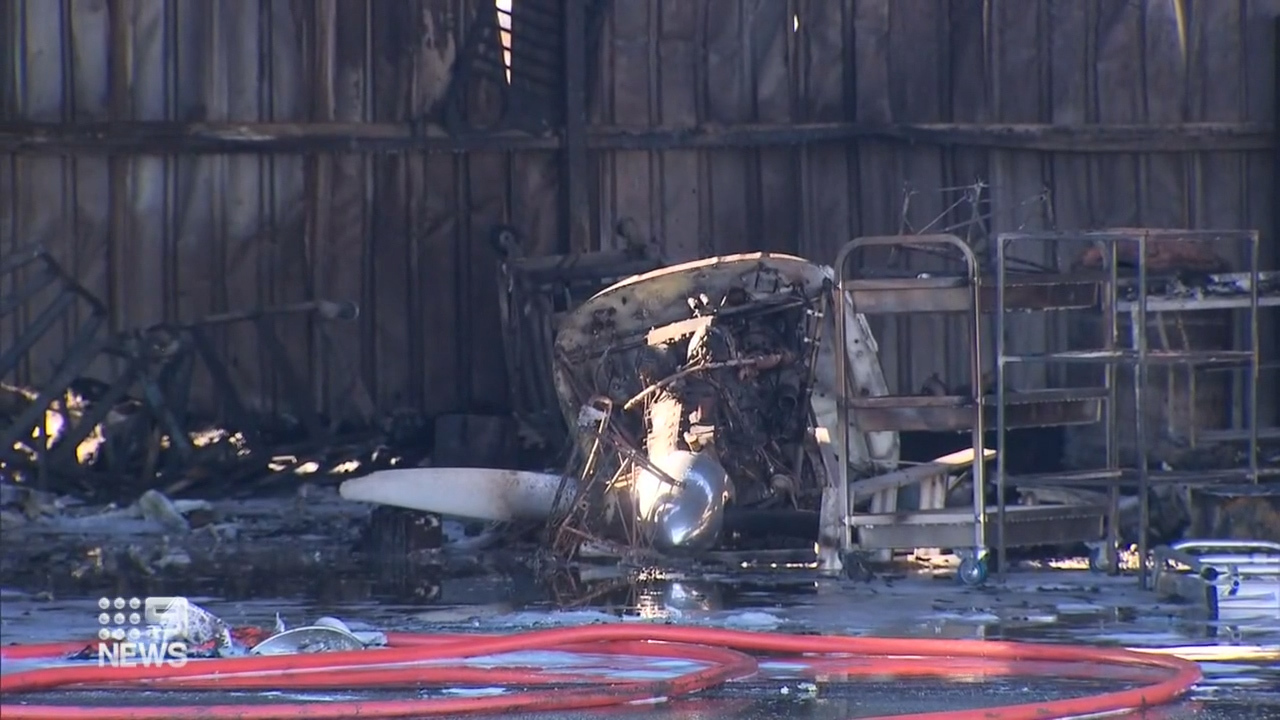 They were treated at the scene before the younger man was taken to Fiona Stanley Hospital in a stable condition.

The damage from the fire is estimated to be more than $1 million.