A man who claimed he was taking the garbage bins out when he was supposed to be isolating was handed one of more than 700 fines by NSW Police in the last 24 hours.

NSW Police has issued 736 coronavirus-related infringements in the past day, 448 of which were to people outside their homes without a good reason.

The Padstow man who told police he was taking the rubbish out when officers called him was fined $5000.

LIVE UPDATES: One in two Aussies will soon have had first jab 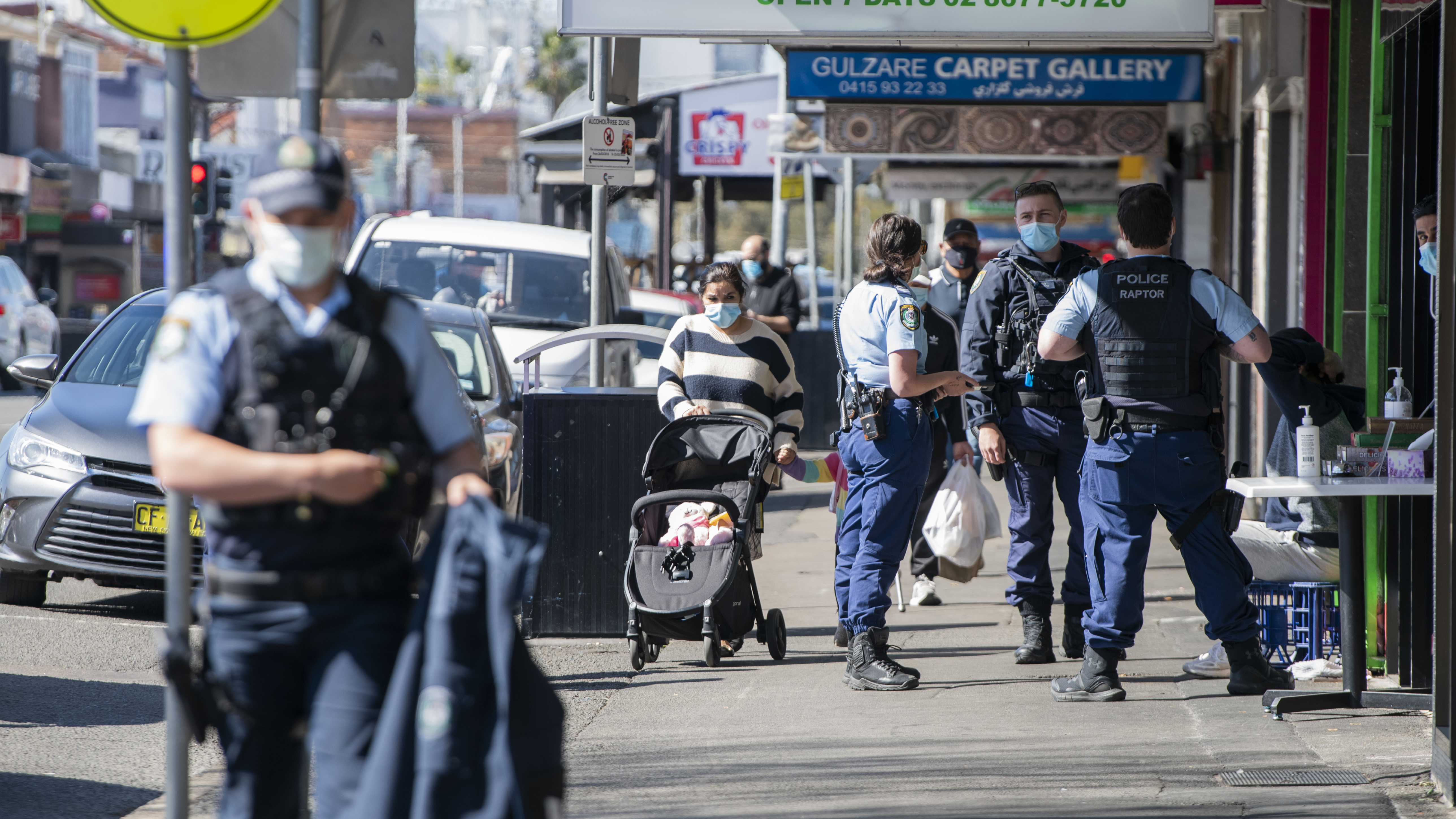 Also among those penalised were five people from Sydney working on a construction site in Kiama.

Police went to an address in Kiama on Monday after receiving information about workers allegedly from Sydney staying on the South Coast.

Officers spoke to the occupants at a property on North Kiama Drive who were part of a construction team, building a unit complex on Collins Street, Kiama.

The next day police went to the worksite and saw a number of the workers flee to a nearby car park.

They found 33 employees and spoke to the project manager.

Following inquiries, five of the men were identified as being from Local Government Areas of concern in Sydney.

The building company said in a statement it was working with police.

"As you are aware, this matter is under investigation by the police and as such we cannot provide any commentary at this time," the statement said.

"We can confirm we are co-operating with the investigation and have provided all information required to the police."