A Melbourne sex worker is among the latest mystery cases in the state as concerns rise about unlinked infections growing in the St Kilda area.

However, there is "no evidence" the St Kilda sex worker is the missing link to the mystery cases spreading in the bayside area, COVID-19 Response Commander Jeroen Weimar said today.

There are 15 mystery cases in the broader St Kilda area which public health teams are racing to connect to the state's rising COVID-19 clusters. "I have to stress, there are no known linkages between the 15 individuals I've called out in the broader St Kilda area at all," Mr Weimar said.

Health Minister Martin Foley said the female sex worker was self-isolating due to her positive diagnosis, with one other person also connected to her infection.

"I can confirm that the reports that a positive case in recent days is a sex worker," he said.

"I can also confirm that person is safely quarantining and is under the best possible care.

"We need to deal with that issue as we deal with all issues, respectfully and carefully. We are working with the individual and their privacy is assured."

LIVE UPDATES: 'I cannot express enough my level of concern' 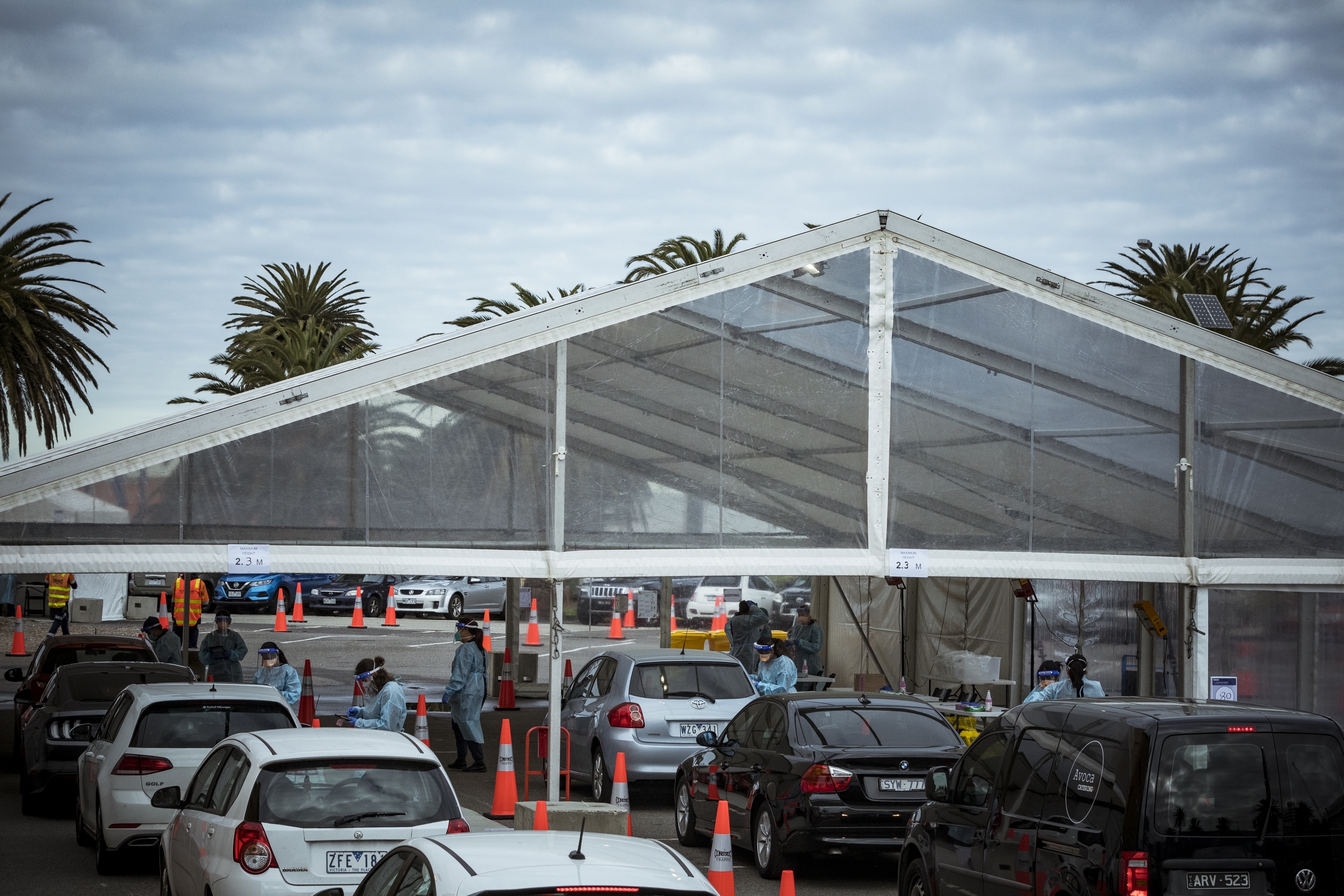 Mr Weimar said the woman's positive case was detected after she presented at an emergency department.

"We found another case related to her," Mr Weimar said.

"We are working closely with rooming houses and hostels to ensure people are getting tested."

Mr Foley said there was no evidence of transmission occurring due to the woman's occupation, but implored sex workers to get tested.

"I stress there is no evidence of transmission having occurred because of this person's occupation, but out of caution, we are asking if you have employed a sex worker in the St Kilda area you need to come forward and get tested."

Mr Foley clarified the woman was not homeless and was being supported in housing.

"The person has a residence," he said.

"Everyone else in that facility, which is supported by a specialist social housing provider, so far has tested negative."