Almost 200 Australians are set to return home on a flight from Bali tonight after becoming stranded during the COVID-19 pandemic.

The flight is set to touch down in Darwin at 7.20pm local time.

9News has been told 186 Australians are onboard. 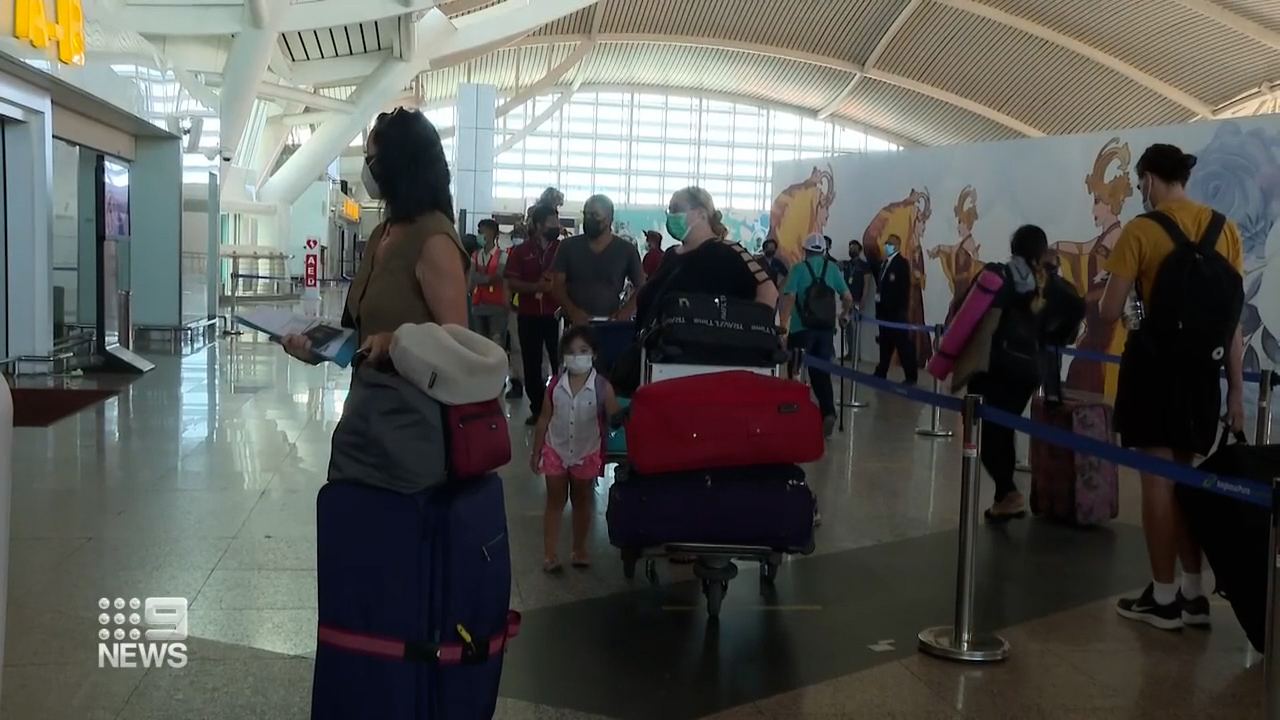 Hundreds of Australians have registered their interest with the federal government to leave Indonesia.

However, only those considered the most vulnerable for health or financial reasons were taken aboard.

It was estimated in July that more than 30,000 Australians were trapped overseas.

READ MORE: The R-Factor is the crucial figure keeping NSW in lockdown

Caps have been cut by half nationwide, though the government has increased charter flights for Australian citizens who want to return home.