An elderly South Australian Subaru driver has lost his driver's license for six months after travelling more than 80km/h over the speed limit.

Highway patrols detected a Subaru WRX sedan travelling at 182km/h in a 100km/h zone at Alma in the state's mid-north.

Police said they also issued a $1814 fine to the 80-year-old man from the Adelaide Plains. 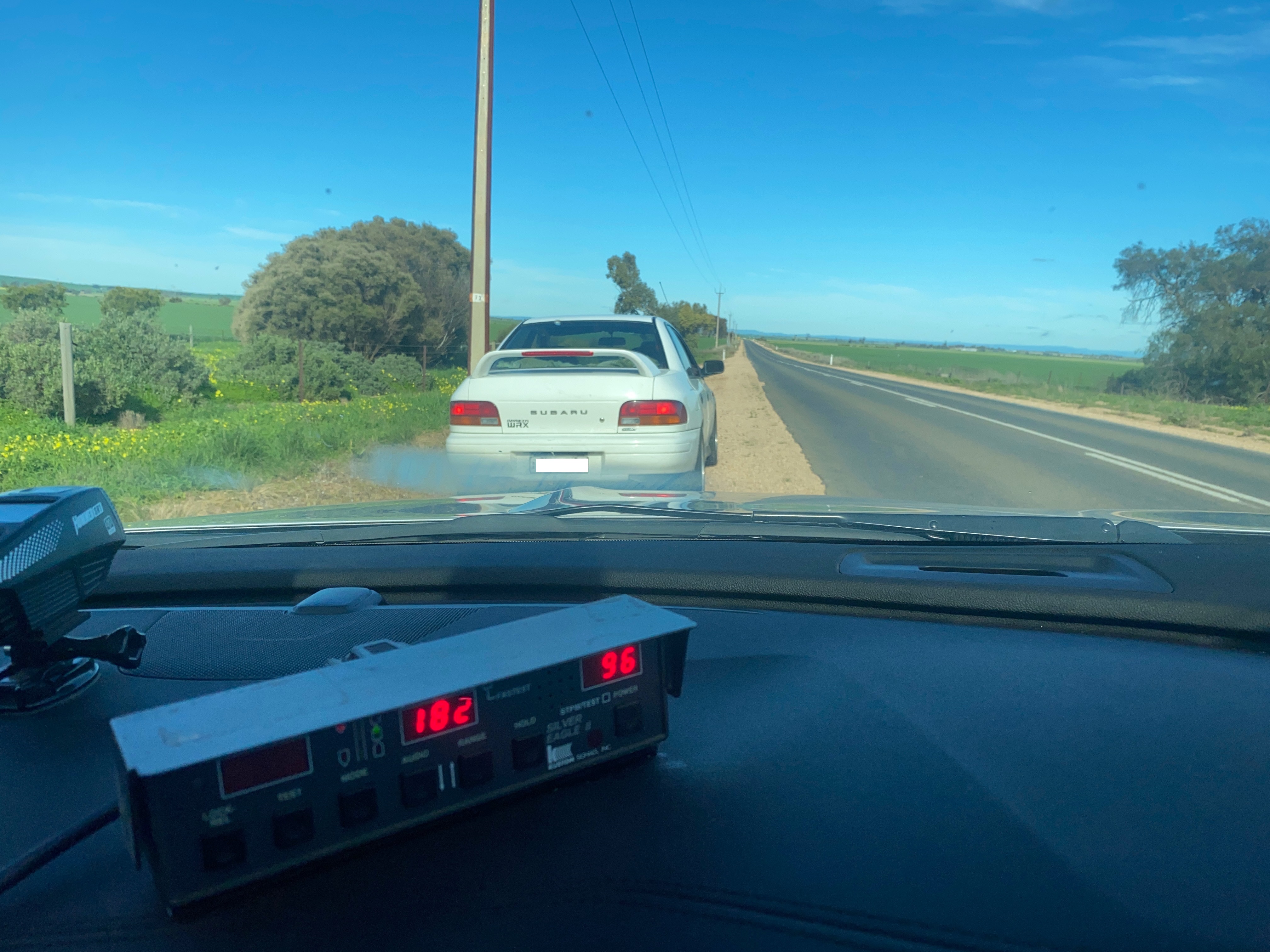 The incident has concerned police, who have attended a high number of serious and fatal crashes recently in the Barossa and Mid North Area.

Highway patrols will continue to have a presence along main arterial roads and highways between rural townships with speed detection, vehicle roadworthiness, and drink and drug driving receiving particular attention.

Police would like to remind all drivers in the area to obey speed limits, for the safety of all road users.