A return traveller from Sydney has been identified as "patient zero" for New Zealand's Delta COVID-19 outbreak.

They returned a positive result for COVID-19 on August 9, with whole genome sequence testing revealing the case is connected to the New South Wales outbreak.

READ MORE: NSW records 688 new cases with fears that could grow to thousands 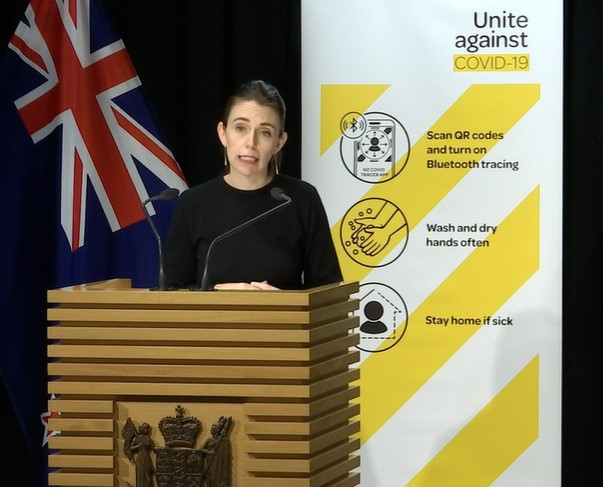 The infected case was moved to Middlemore Hospital in August on Monday.

NZ Director-General of Health Dr Ashley Bloomfield said 12 of the 21 new cases have been confirmed as part of the Auckland cluster.

He said five of the new cases are a family group, which he said "at first glance there is a connection to Avondale college".

He said 362 individuals who have been categorised and followed up, with well over 1000 people who will be contacted for tracing.

"We believe we have uncovered the piece of the puzzle we are looking for," Ms Ardern told a press conference today.

Ms Ardern said NZ health authorities now believe there are "possibly one or maybe two missing links" as to how the virus spread in the community.

Though, she said the "balance of evidence" provides confidence to "focus our search on the missing link".

She said the focus will centre on the Crown Plaza hotel where the returned traveller stayed before being transferred to the Jet Park.

There were 208 staff at the Crowne Plaza when the individual in question was staying at the hotel. Of this number, only one worker is overdue for COVID-19 testing by less than 48 hours.

There were 200 staff working at Jet Park, with only two workers overdue for testing.

There are 407 staff members across the sites who have been compliant with NZ's vaccination order. Of this number, only four had one COVID-19 jab. All remaining were fully vaccinated.

Ms Ardern this week triggered a nation-wide lockdown after the discovery of the country's first COVID-19 case in six months.

She cited the example of Australia's spreading coronavirus outbreak as an indication of the need for rapid action.

"What is your message to people who question the need for an Alert Level 4 lockdown?" a journalist asked her.

Ms Ardern said people older than 40 can now book a vaccine as of today.

New Zealand is one of the few countries with a lower vaccination rate than Australia at present.