Four men "exercising" at 2am have been fined a total of $14,000 by police after they were found to be outside their local area.

It comes on the day NSW recorded 644 new COVID-19 cases and announced a curfew will be introduced for the LGAs of concerns. "Can I give an example of that, four men this morning at Drummoyne were stopped at 2am and gave the excuse of exercising, they were from the LGAs of concern," Commissioner Fuller said.

In a statement to Nine.com.au, a NSW Police spokesperson confirmed the four men were fined a total of $14,000.

"Burwood Police approached four men at Henley Marine Drive, Drummoyne, about 2am on Thursday 19 August 2021, who became aggressive and said they lived together and were 'just exercising'," a spokesperson told Nine.com.au.

"Inquiries established three of the men lived in the Yagoona area – part of a designated LGA – while the fourth man lived nearby.

"All four men, aged between 28 and 41, were issued PINs and directed to return to their homes."

READ MORE: Man charged with COVID-19 breaches after driving from Queensland to Sydney 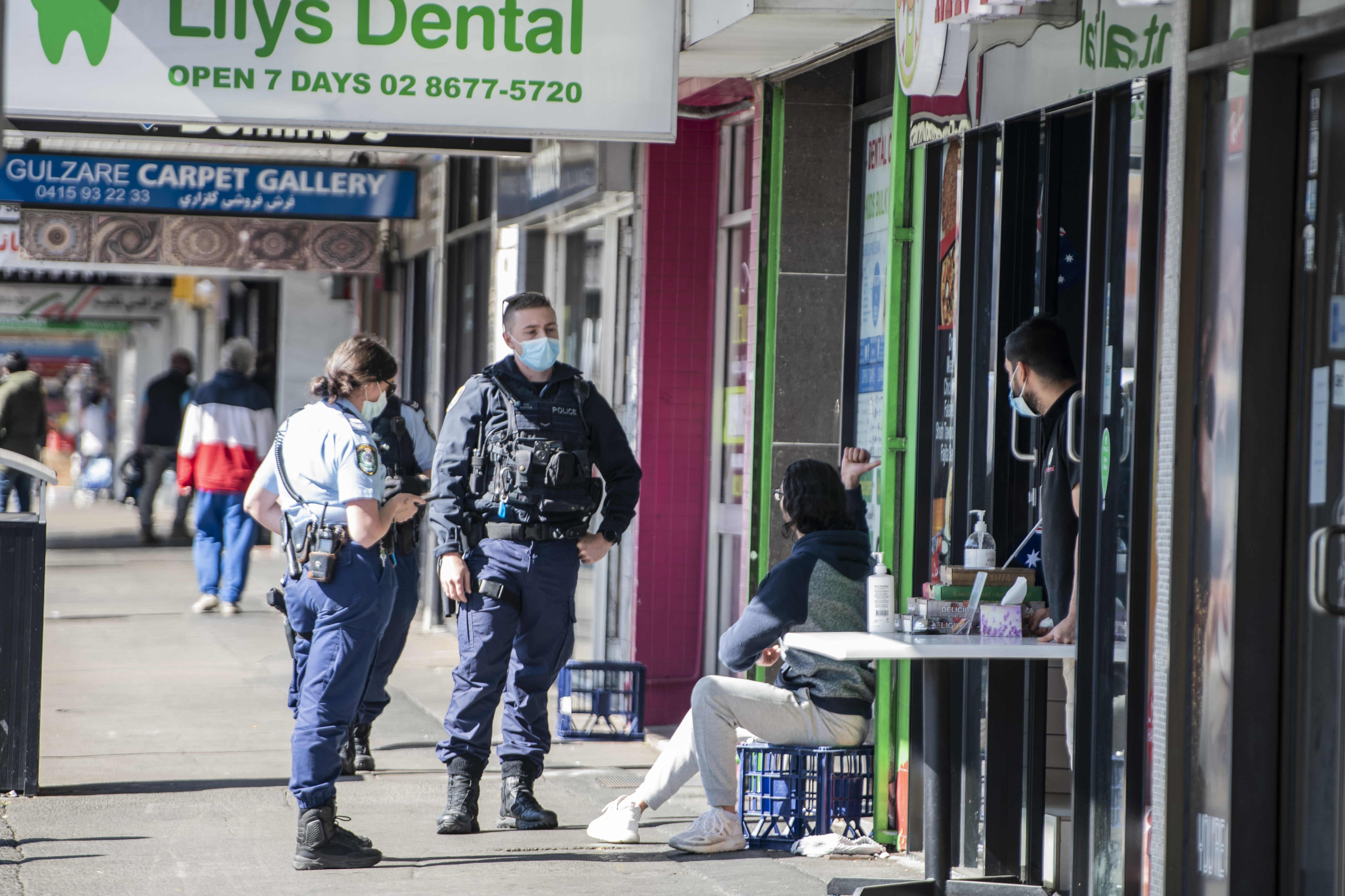 Of the 800 tickets issued, 500 of those were for people "leaving the house without a reasonable excuse", Commissioner Fuller said.

Meantime, an illegal gathering at Maroubra has seen at least 11 people contract coronavirus.

"But we just cannot have that occurring, where we end up with a further escalation of cases associated with events that are not permitted at this time."

It is unclear how many people were at the party or if they have been fined. Also overnight a man was caught in far-north NSW allegedly trying to smuggle cannabis over the Queensland border.

Police allege the man attempted to cross the border into Queensland on Thursday night for the second time that day at the Griffith Street, Coolangatta checkpoint.

Another man was charged after driving from Queensland to Sydney. Police will allege in court that the man Victorian has been involved in organising an unauthorised protest planned for this weekend.