The US military is establishing "alternative routes" to the Kabul airport in Afghanistan because of a threat the terror group ISIS-K, a self-proclaimed branch of the Islamic State, poses to the airport and its surroundings.

ISIS-K is a branch of the terror group that first emerged in Syria and Iraq.

While the affiliates share an ideology and tactics, the depth of their relationship with regards to organisation and command and control has never been entirely established. 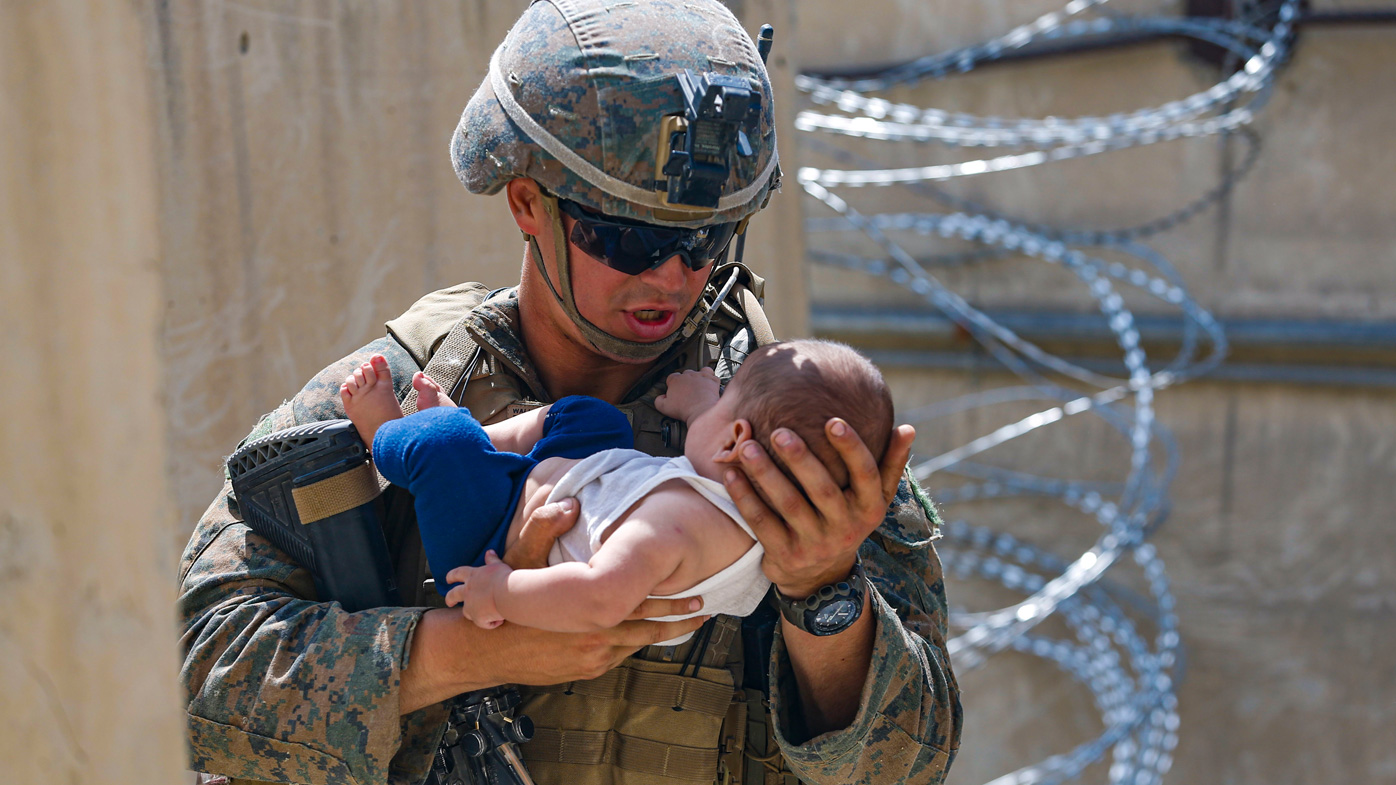 National security adviser Jake Sullivan said US commanders on the ground "have a wide variety of capabilities they're using to defend the airfield against a potential terrorist attack" and the US is working with the intelligence community to determine where a potential attack might originate.

"It is something that we are placing paramount priority on stopping or disrupting, and we'll do everything we can as long as we're on the ground to keep that from happening, but we are taking it absolutely deadly seriously," he said.

US President Joe Biden received an update today from his national security team on Afghanistan before addressing the evolving situation, although he declined to get into the details of the operation on the ground.

"We are working diligently to make sure we've increased the ability to get them out," Mr Biden said.

Gate operations were changed, for example, along with "a whole range of things."

"That's why we've been able to significantly increase the number of people who are getting out," he explained. 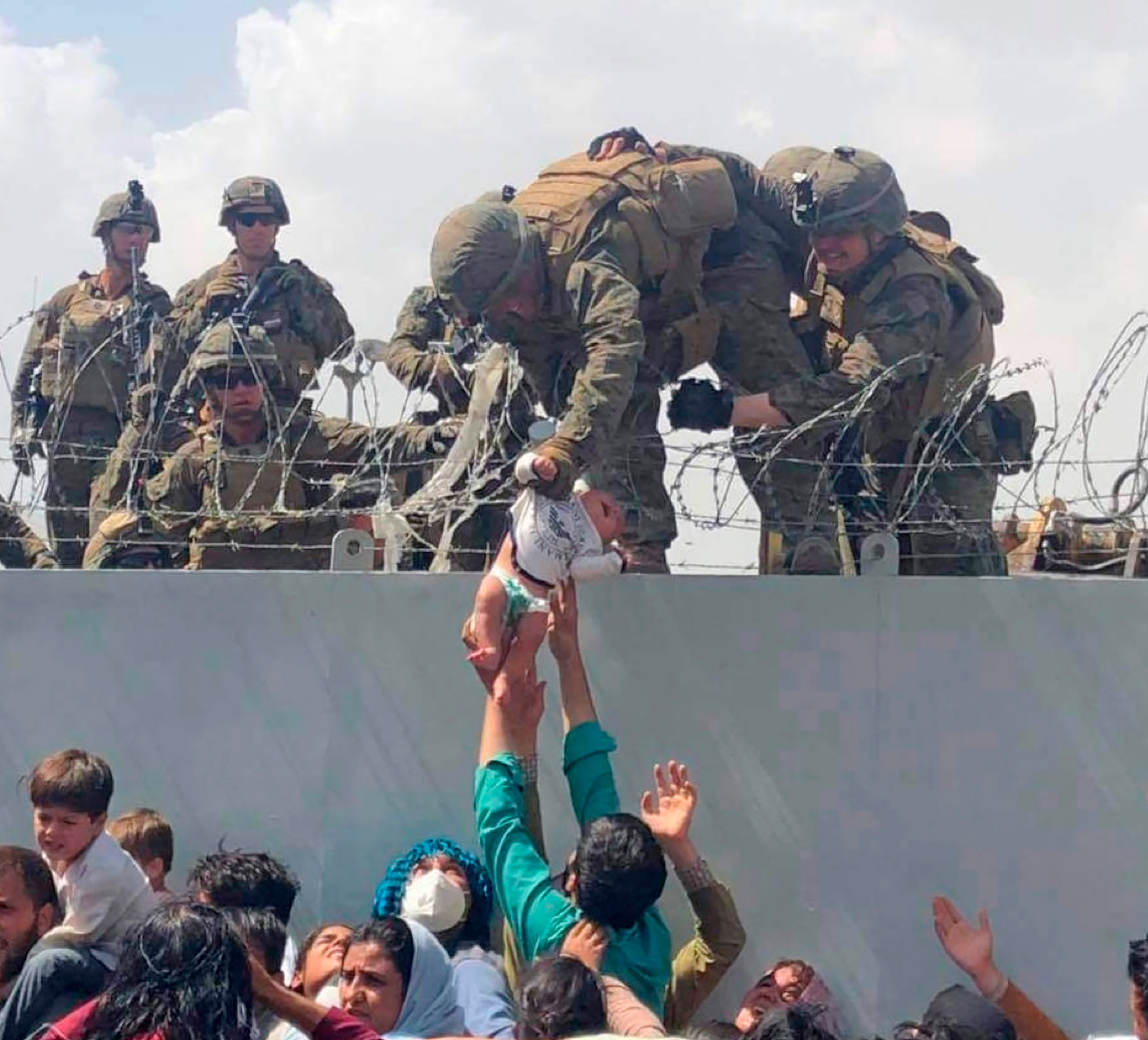 He said the Taliban had been helpful in "extending some of the perimeter."

Mr Biden also spoke about negotiations between the US and the Taliban, and said he still does not trust the group, even as the US relies on them for help evacuating Americans.

Mr Biden also acknowledged that the Taliban and ISIS-K are enemies.

"The Taliban has to make a fundamental decision," Mr Biden said.

"Is the Taliban going to attempt to be able to unite and provide for the well-being of the people of Afghanistan?" 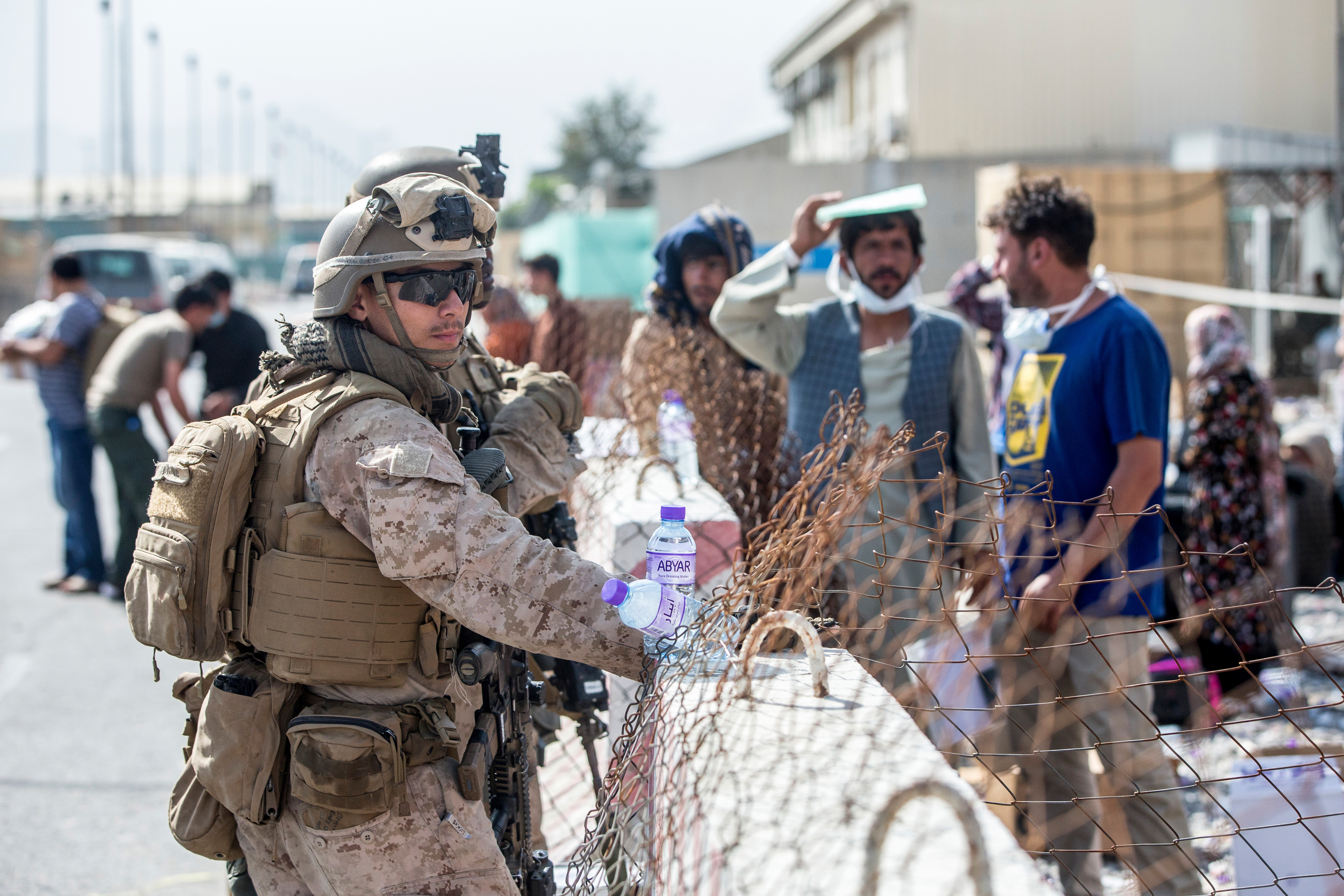 "If it does, it's going to need everything from additional help in terms of economic assistance, trade, a whole range of things. The Taliban has said… they are seeking legitimacy," he said, adding, "We'll see whether or not what they say turns out to be true."

Asked later if he would support sanctions against the Taliban, Mr Biden replied: "Yes. It depends on the conduct."