If you thought Apple computers were expensive, you haven't seen what their manuals go for.

The computer's 196-page manual is signed and inscribed opposite the Table of Contents: "Julian, Your generation is the first to grow up with computers. Go change the world! steven jobs, 1980." 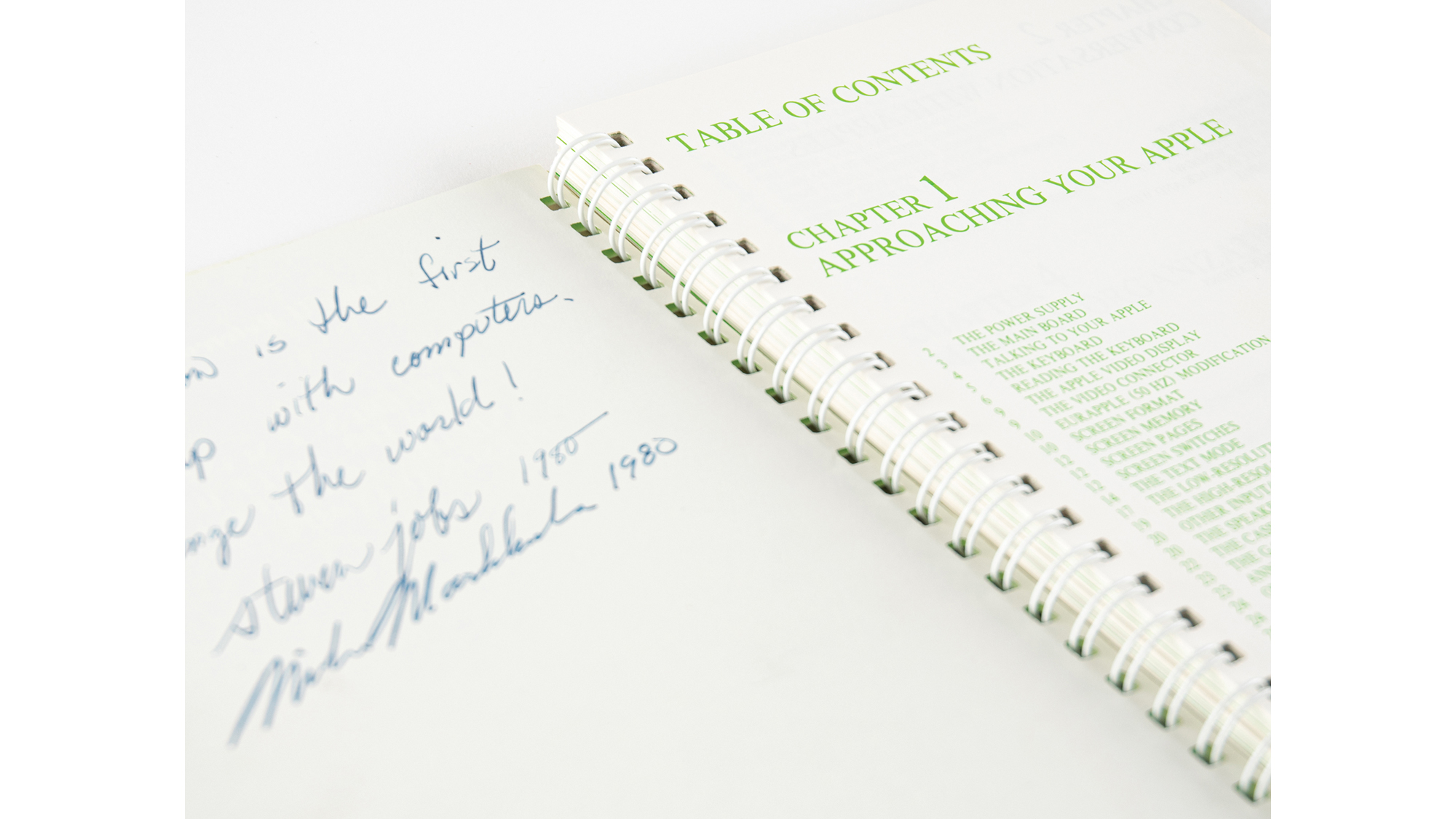 It's also signed by Mike Markkula, an early investor in Apple and the company's second CEO.

The manual was signed while Jobs and Markkula were in the United Kingdom promoting Apple, RR Auction said in a statement announcing the sale. The recipient was Julian Brewer, the son of an entrepreneur who worked with Apple to distribute their products in the UK.

"I was sitting in my bedroom writing games on my Apple II when Dad called me down to meet some guests," Mr Brewer said.

"To my amazement it was Steve Jobs and Mike Markkula. I had the manual with me and only later understood how rare it was for Jobs to sign anything, let alone to write an inscription like this. He got on well with Dad, so I feel the inscription was made with care."

Launched in 1977, the Apple II was the company's first successful product and is generally regarded as one of the first computers made for the mass market. The first computer spreadsheet, VisiCalc, was written for the Apple II in 1979 and expanded the computer's popularity to the business market. 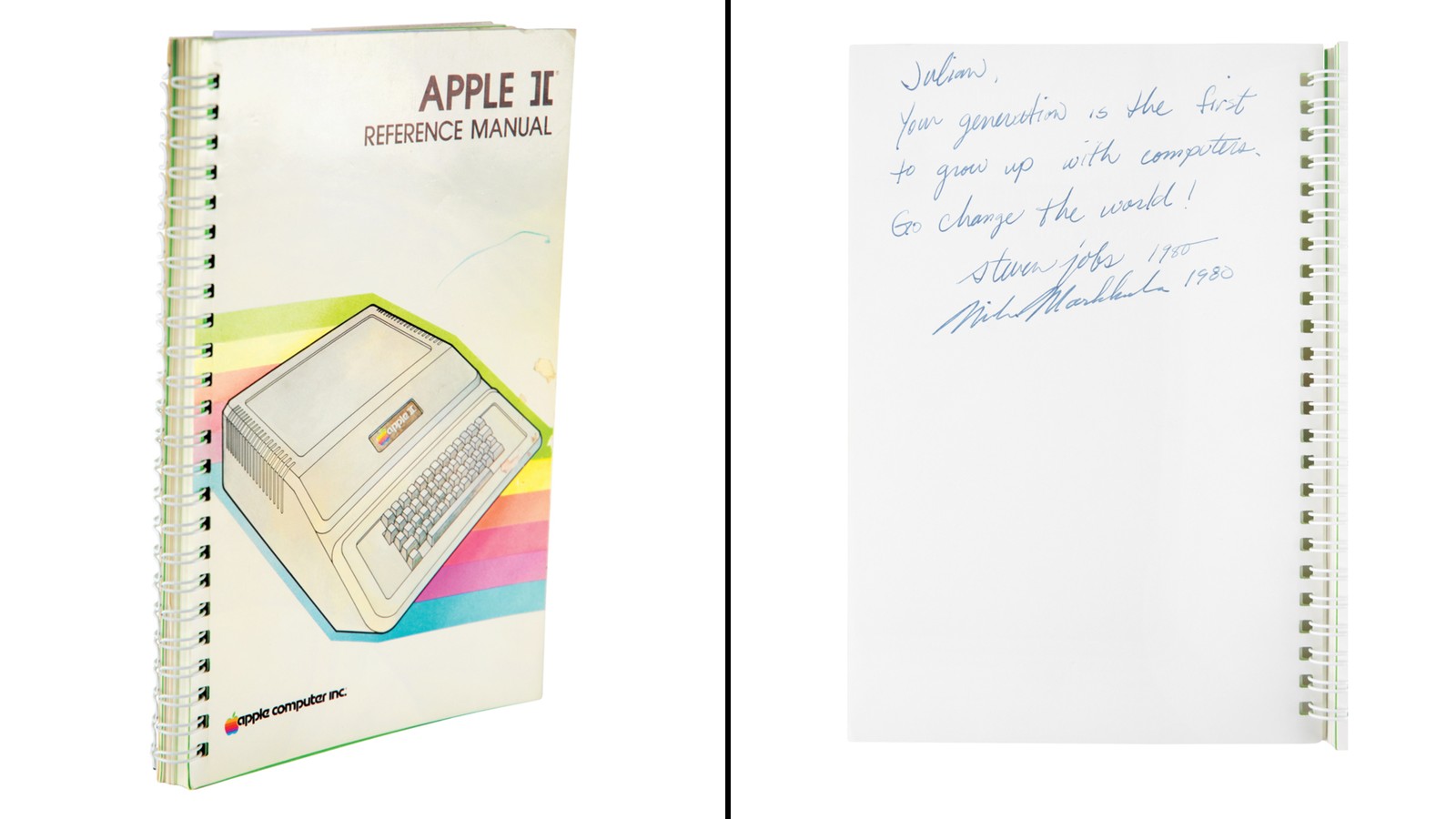 "Whereas the Apple I was primarily for hobbyists, with less than 200 units made, the Apple II truly 'changed the world' by giving around six million homes and businesses their first taste of personal computing. Apple II's revenues supported Apple's successful floatation, the biggest tech IPO of the time," RR Auction said.

Jim Irsay, owner of the Indianapolis Colts, placed the winning bid for the manual.

"When we think of the greatest, most innovative minds of the past two centuries, Steve Jobs must certainly be included among them," Mr Irsay said in a statement provided to the auction house.

"Jobs was a truly transformative figure who changed the way in which human beings think, do business and interact on a daily basis."

RR Auction also sold other items related to Jobs and Apple, including a signed letter from Jobs in which he ironically states: "I'm afraid I don't sign autographs."