The partner and father of the three people, including two young children, who were killed in a car explosion in Melbourne's inner-north has said he has "no words" to describe his feelings.

Craig's partner and two of his children were killed when their car burst into flames in Parkville just before 10am on Friday.

The mother, who has been identified as 35-year-old Koby, was driving a Ford Territory south along Flemington Road near Grattan Street, when she lost control of the car, hitting a curb and crashing into a pole. Her children, eight-year-old Chloe and 20-month-old Harrison, were also in the car.

Witnesses ran towards the burning car and desperately tried to save the family.

Craig, who did not provide his surname, has today issued the following statement through Victoria Police:

"I'd like to thank the community for their love and support at this difficult time following the loss of my partner Koby and my beautiful children Chloe and Harrison," he said.

"I have no words to describe how we're all feeling. This tragedy will take some time to process and we ask for some privacy at this time." 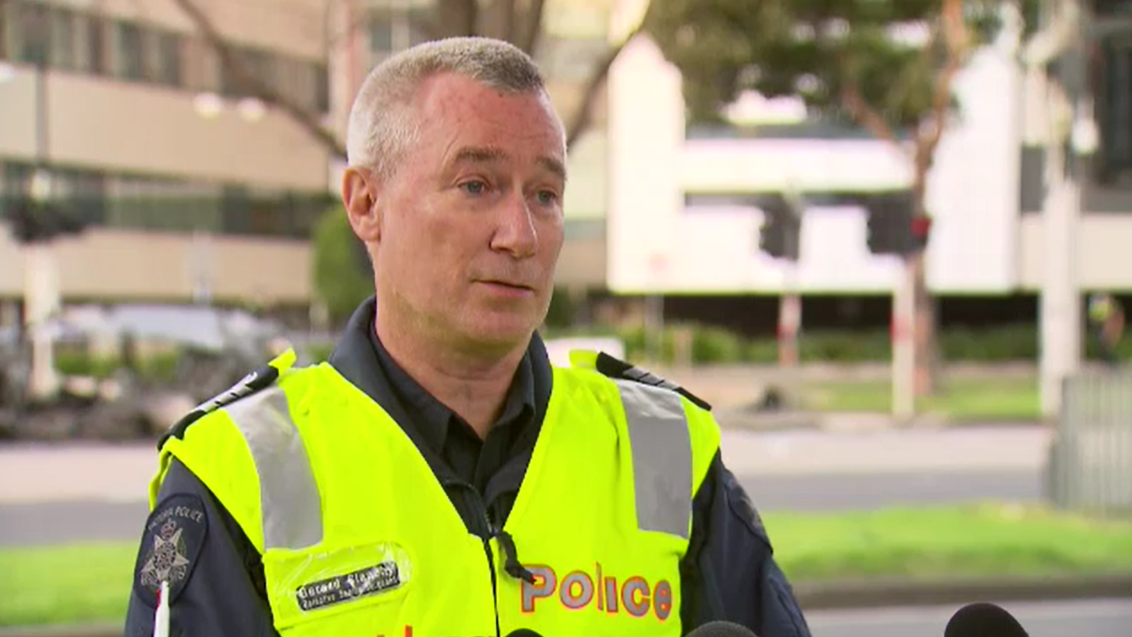 After the incident on Friday, Detective Senior Sergeant Clanchy said he was at a "loss for words" over the tragedy.

"It would have been a very tragic event for people to have witnessed," he said.

"When it involves a mother and her two children – this is tragic. It's hard to find words to describe what's happened here today."

Police are still investigating the cause of the incident.