The Taliban have sentenced the brother of an Afghan translator to death, according to letters obtained by CNN, accusing him of helping the US and providing security to his brother, who served as an interpreter to American troops.

A former service member who worked with the translator confirmed his service and his brother's plight.

The letters are just one example of how the Taliban are directly threatening Afghans who worked with the US or are family members of those who have, leaving them scrambling to flee the country in the wake of the Taliban takeover.

READ MORE: Afghan visa applicants told to stay away from Kabul airport as US races to meet exit deadline 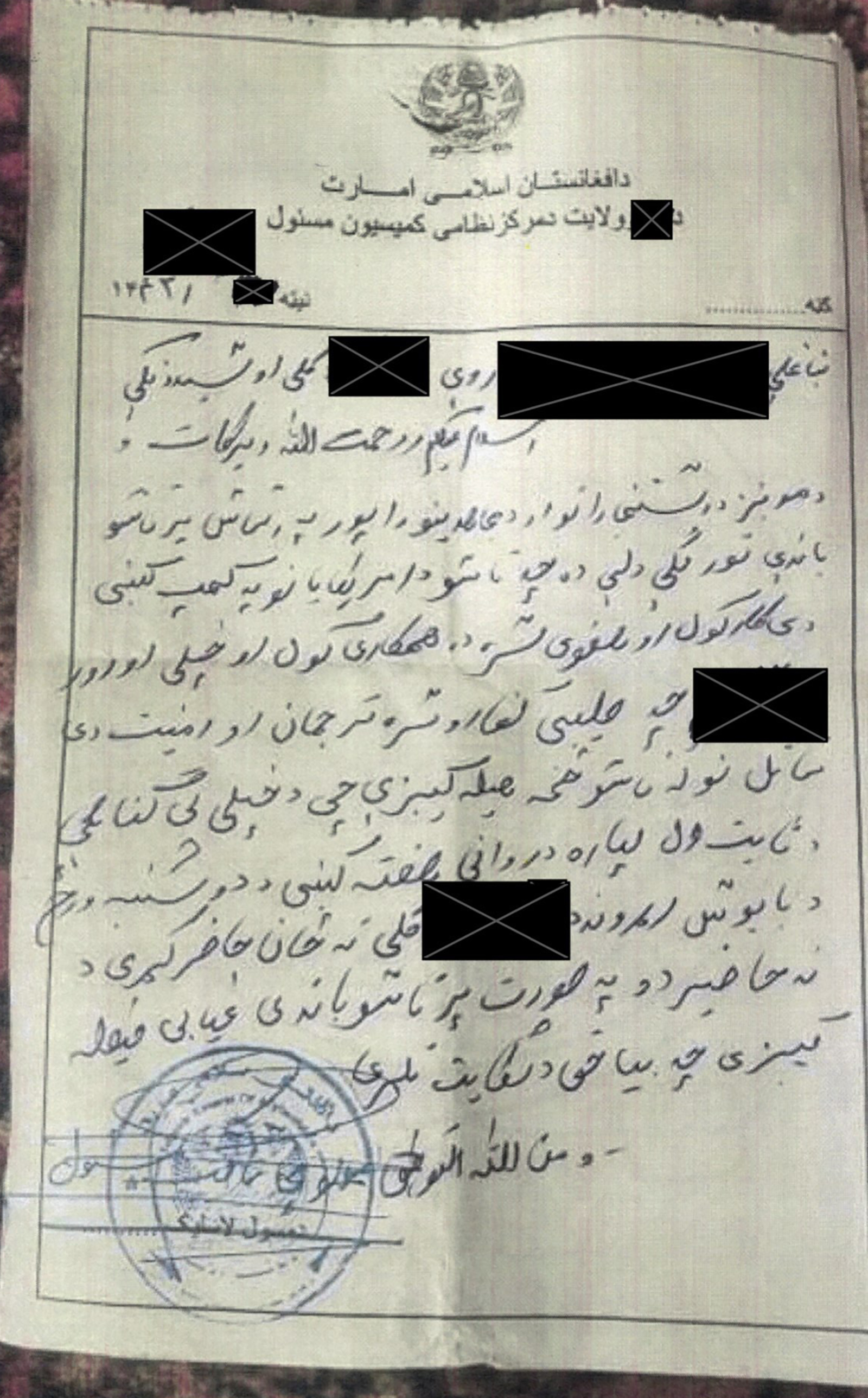 "You have been accused of helping the Americans," the Taliban wrote in the first of three letters to the Afghan man, adding, "You are also accused of providing security to your brother, who has been an interpreter."

The first letter from the Taliban, which is handwritten, orders the man to appear for a hearing.

The second handwritten letter is a notice of his failure to appear for the hearing.

In the third letter, which is typed, the Taliban notify the man that because he rejected previous warnings to stop "your servitude to the invading crusaders" and ignored a subpoena to appear for a hearing, he was "guilty in absentia" and will be sentenced to death.

The Taliban delivered the letters within the last three months to the interpreter's brother, according to the former service member who worked with the interpreter.

CNN is not identifying the Afghan man, nor his family member, to protect their identities amid the threats they're facing. The letters, which were written in Pashto and translated into English for CNN, have seals that match those of archival Taliban letters.

"These court decisions are final and you will not have the right to object," the third letter reads.

"You chose this path for yourself and your death is eminent [sic], God willing."

The letters contradict assurances Taliban spokesman Zabiullah Mujahid made at a press conference last week, as the group tries to project a more moderate image to the world. "Nobody will be harmed in Afghanistan," MrMujahid said.

"Of course, there is a huge difference between us now and 20 years ago."

Afghan allies of the US doubt that and these letters and numerous reports of the Taliban seeking retribution explain why many Afghans fear the Taliban's return to enforcing its brutal, oppressive rule.

The Biden administration has come under intense pressure to evacuate not only the Afghan Special Immigrant Visa applicants but other vulnerable Afghans who are fearing for their lives.

The administration has been working to manage the massive crush of people attempting to flee the country on evacuation flights out of Kabul, as chaotic scenes have played out for days outside of Hamid Karzai International Airport.